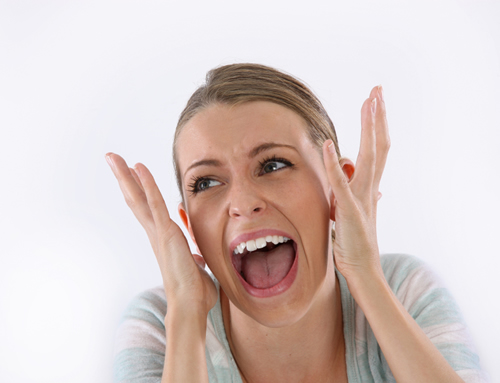 Going by the statistics and facts, RC is a male dominated hobby.  RC appeals to guys, and a handful of girls, but generally speaking (if by “generally” we mean 99%+) this hobby is filled with dudes.  Dudes who love to spend money on RC, tinker, build, wrench and race RC cars.

Girls tend to enjoy other hobbies, and while there are always exceptions, the ladies out there not only avoid RC but also tend to hate it.  I’ve seen bumper stickers that say “RC WIDOW” for a reason.  If you’ve spent more than one weekend at a track or at a bash park, you’ve heard guys talk about how their girlfriend hate RC.  This isn’t true 100% of the time, but in general, women tolerate RC more than they support it.

After several decades in RC, I figured I would take a stab at why some RC girlfriends and wives find RC as appealing as a Star Wars movie marathon.

Most people live on budgets, when an all-consuming hobby like RC comes into your world, the monthly budget can easily be blown to bits.  Guys who are normally responsible with their money may suddenly become binge-spenders, dropping $100 here, $300 there, until the monthly RC bill nearly equals the monthly mortgage.  Many guys even go so far as to hide all of their RC purchases from their wives (you know someone who does this, don’t you?)   There’s a reason for that–some girlfriends & wives look at RC as a colossal waste of money…money you could be saving, or better yet, spending on them.

* RC is messy and dirty.

As men, we tend to love women for many reasons, not the least of which being they are prettier, cleaner and tidier than the average guy.  Many women want their guys to clean up well, dress well, and eat well.  Soooo, that’s kinda the opposite of an RC racer.  RC guys have dirt, grease and oils all over themselves after a day at the track.  RC guys dress like they’re stuck in high school, in ragged t-shirts and oil-stained shorts.  And let’s not even start on the average RC guy’s track food.  A chili dog is often the healthiest thing you’ll find in the pits.  We look and smell like we picked a fight with a shop full of auto mechanics after a day of RC.  Small wonder your girlfriend doesn’t get all snuggly when you get home.

This is the big one: when you’re into RC, there’s little else you’d rather do.  RC consumes your thoughts.  It consumes your wallet.  And it consumes your conversations.   Some guys use RC as an escape from their significant others, and this only compounds the problem.  Want to make your girlfriend insanely jealous?  Start racing RC cars.  You’ll spend more time wrenching, racing, practicing and hanging out with your racing pals than you will with her, and that’s almost guaranteed to flip jealousy switches in her head you never knew existed.

As guys, we tend to be simple minded…ie, dumb and stupid.  Sorry, it’s true.  Try answering these common girlfriend questions and then try to tell me we aren’t somewhat dumb.  “Do you win money if you win an RC race?”  No, no money, but some tracks offer ‘race bucks’ which can be applied to more…umm…RC purchases.  “Is the trophy really nice?”  Not exactly, it usually looks like a participation trophy at the kindergarten field day.  “Did you get to drive your car all day?”  Eh, not quite–but I did run two 5-minute qualifiers and TQ’d!

If I haven’t offended everyone with my generalizations yet, maybe I will now–RC can make grown men act like children.  When else would a 30yr old man watch out his window all day for the UPS delivery guy?  When else would an adult male lie about his whereabouts or money, unless he was actually doing something really bad?  When else would a grown man scream like a child or get in a fight over a toy car?  The last time most of us did these things is when we were children.  RC can make all of this stuff happen again…in your 20’s, 30’s and 40’s.  Women tend to find this type of behavior appalling.  Can’t say I blame them, either.

Yes I already know–plenty of you have girlfriends and wives who don’t mind RC at all, and are supportive of your fun.  That’s awesome.  Pat yourself on the back, because you’re in the minority.

Do you have any other ideas about why your girlfriend/wife hates RC?  Share them here.