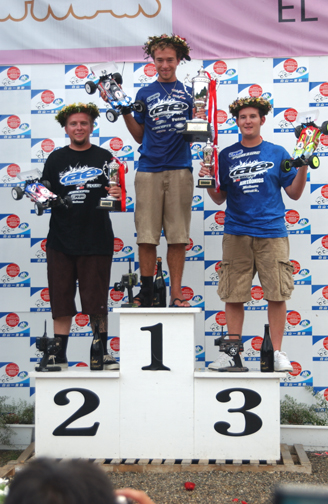 Team Associated factory driver Jared Tebo not only won 4 out of the 5 qualifiers to set the TQ, but he went on to win the first of the two triple A-Mains to secure the IFMAR 4WD World Championship. Team Associated drivers, Ryan Maifield and Ryan Cavalieri finished in second and third place respectively to make it a 1-2-3 sweep for the new Team Associated B44 4WD buggy. Team Hot Bodies factory driver Hayato Matsuzaki won the IFMAR 2WD world Championship at the same event in Icirino Hakusan-Shi Ishikawa Japan with Jared Tebo taking second and Ryan Maifield wraping up third. All three drivers were running Team Associated B4 buggies.