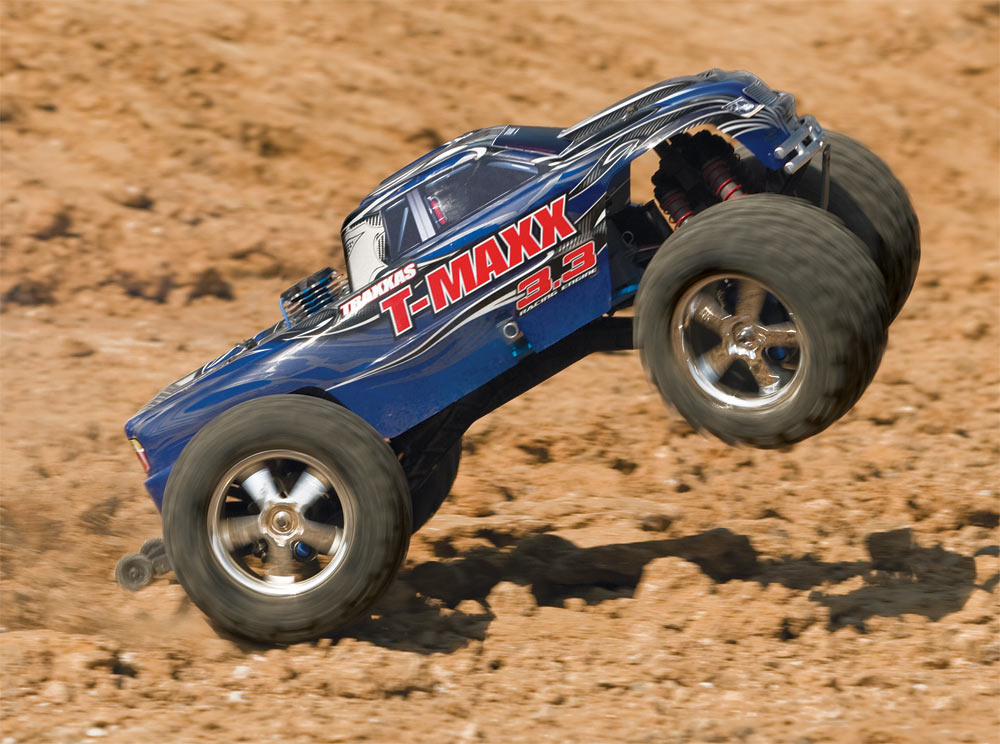 There was a time when Ready-to-Run (RTR) vehicles were a small, alienated segment of RC. Over the last ten years, however, not only have they gained respect among hobbyists, but they are partially responsible for keeping the industry afloat during hard economic times. Thanks much in part to Traxxas, RTR vehicles are much better than they were in the beginning. The phrase RTR, though, is a bit deceiving. Even if the kit includes everything you need to get rolling, there are still a number of things to check on a nitro RTR before it is time to hit the dirt. Manufacturing processes aren’t perfect, and if you don’t check and inspect certain things before firing-up the engine, your new $500 investment will take a rapid turn for the worse. Here are some things to check on your nitro RTR before you get rolling:

All RTR’s need at least a little work and require some setup time, so don’t jump the gun. Just like you would with building a kit from scratch, thoroughly read all included manuals and setup guides. RTR’s vary greatly in stages of actual readiness, so some RTR’s are a lot more complete than others; reading the instructions is still important.

Most of them come pre-oiled now, but before your fire-up the engine, check the air filter. Some RTR kits have you oil the air filter element yourself, and you could harm your engine if you fail to do so. If the instructions don’t indicate whether or not the filter is pre-oiled, pull back the top sleeve and touch the inner-element. If it feels greasy, then it is already oiled.

If your RTR includes a receiver pack, it needs to be fully charged before you get running. Put the pack on the charger at a modest 1A setting and allow it to charge fully. Keep an eye on it though, as receiver packs tend to false-peak a little in the beginning. You will know the pack is charged when it is a little warm.

Check the Carb Opening at Idle

Your engine won’t stay idled if the initial opening isn’t correct. Before running the engine, remove the air filter and look into the carb neck. The slide should have a 1-2mm opening. If it is too narrow or too wide, breaking-in the engine will be difficult and frustrating. Adjust the idle engine needle so that the opening is at an appropriate size.

Next, do the opposite and give the transmitter a full break input. Look into the carb neck and check if the brakes force the carb opening shut beyond the idle setting. If the opening closes more than its size at idle, the engine will cut-off when the brakes are applied. If needed, Dial back the brake EPA or directly on the brake linkage, so that the carb remains sufficiently open under full brake.

Sometimes the silicon fuel tubing comes loose on the carb, pipe or fuel tank, so before starting your new vehicle, make sure the air and fuel lines are all completely attached. Also make sure that they are in a good position—away from the steering bell cranks and out of contact with hot elements like the engine head and pipe assembly.

To avoid a catastrophically yet common RTR “roll-away,” use a wheel wrench and fully-tighten the wheel nuts. Wheel nuts in RTR’s are commonly a loose, which leads to immediate disappointment if it results in your wheel falling-off during your first run—and probably losing parts. Avoid all of this by making sure all of the wheels are tight out-of-the-box.

Since nitro RC vehicles vibrate so much, it is important to check and fully-tighten all of the engine and mounting block screws. These and any junction with mental-to-metal contact will come loose with vibration. Losing an engine mount screw while the car is running could majorly jack-up your new drivetrain.

Before you get things dirty, remove all of the shocks and test them in your fingers. If they don’t feel the same or rebound identically, one or possibly all of them aren’t filled correctly. If necessary, you may need to add/remove oil or bleed the shocks of air. Correct shock settings are precise and often come from the RTR factory incorrect.

With the receiver and transmitter power on, give a full brake input and physically push your car on the ground. A good initial brake setting allows you to be able to push wheels through full brakes, but with a decent amount of resistance. If the wheels refuse to turn or roll too easily, adjust the brake EPA of on the linkage directly.

Check the Wheels and Tires

Although they are fine most of the time, make sure that all of the tires are glued and mounted correctly on the wheels. Glue down any areas that aren’t glued, and reinforce any areas that look weak. Once you are satisfied with the glue job, remove the wheels and balance the tires. Balancing is often overlooked, and RTR wheels are certainly not balanced at the factory,