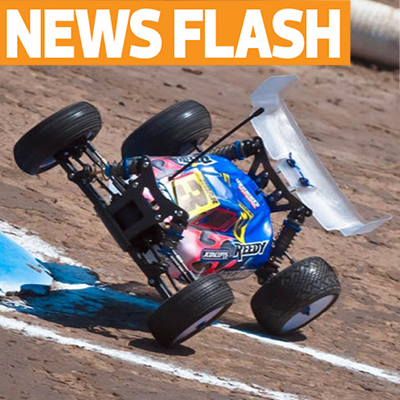 Hot on the heels of the the IFMAR Electric Off-Road World Championships that finished on Sunday came two big announcements that will help define the 2014 racing season. Radio Operated Auto Racers (ROAR) released their 2014 schedule of sanctioned national championship events for all six different categories of vehicle, while Team Associated published the final invitational list for the 2014 Reedy International Off-Road Race of Champions (which, as we learned a few weeks ago, will be held at OCRC in Huntington Beach for the first time).

When it comes to racing RC cars in the United States there’s no bigger honor than winning a ROAR National Championship – ROAR, the North American sanctioning body, recognizes many different classifications across several racing disciplines and winning a title at one of these events comes with it the distinction of being the fastest in the country! Here’s the announcement from ROAR:

The hallmark event of the Reedy International Off-Road Race of Champions, long recognized as second only to the IFMAR Worlds in terms of both competition and prestige, is the Invitational Class that pits thirty of the world’s fastest drivers against each other in a series of heads-up races split between 2WD and 4WD buggy – just like Mike Reedy wanted all the way back in 1987. The drivers chosen for the Invitational division are selected from the top drivers at the ROAR Nationals, EFRA European Championships, JMRCA Japanese Nationals, and the IFMAR World Championships, along with past Invitational Class winners and the previous year’s Open 2WD and Open 4WD champions. Here’s the press release from Team Associated:

Now that the 2013 IFMAR World Championships are completed, the list of qualified drivers for the 2014 Reedy International Off-Road Race of Champions Invitational class has been set. The following drivers are eligible to compete in the Invitational class to become the 20th champion of the historic event:

Once the entry deadline of November 3, 2013 has been reached, the drivers who have signed up will be sorted into ranked order with the top 30 competing in the Invitational class. The rest of the qualified Invitational drivers will be guaranteed a position in the Open classes.