A legend in RC racing, Infinity’s Marc Rheinard continues to gather wins and this time it’s behind the wheel of the Infinity IF14. A new car in a new class for the company, Rheinard is already showing what it is capable of by winning this year’s 2017 Reedy Touring Car Race of Champions. Let’s take a closer look. 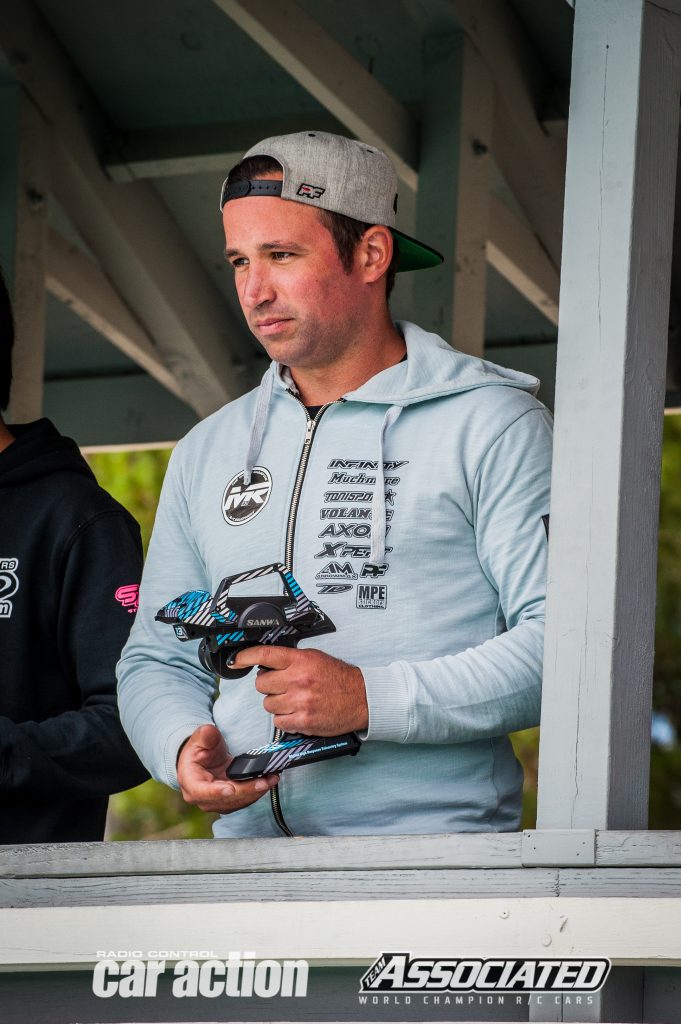 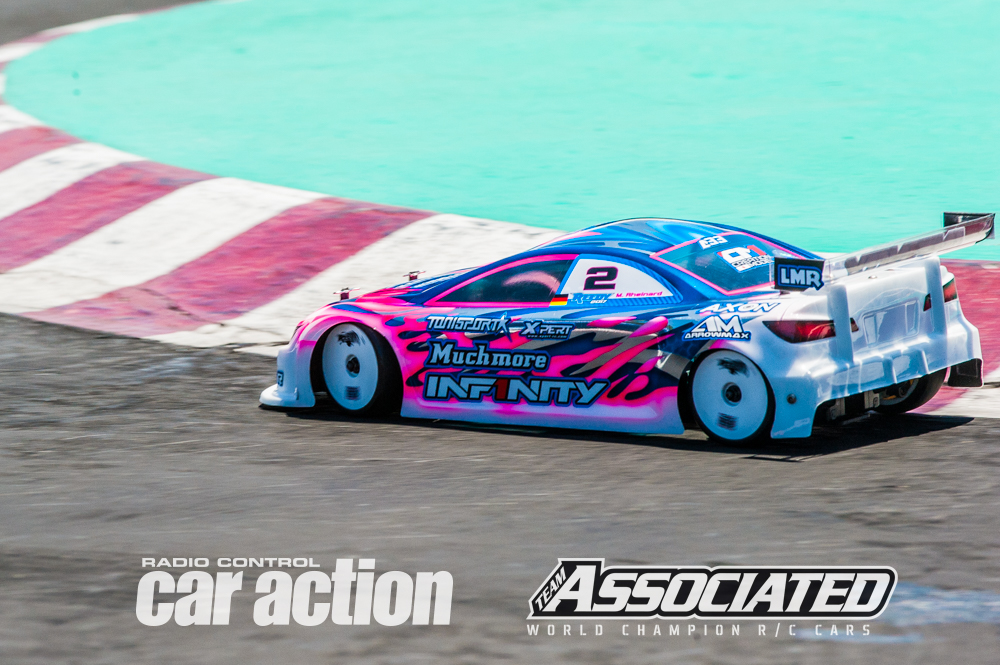 Infinity’s Marc Rheinard and the Tamiya Raceway seem like a perfect match, and no one can match his accomplishments on the permanent asphalt layout. 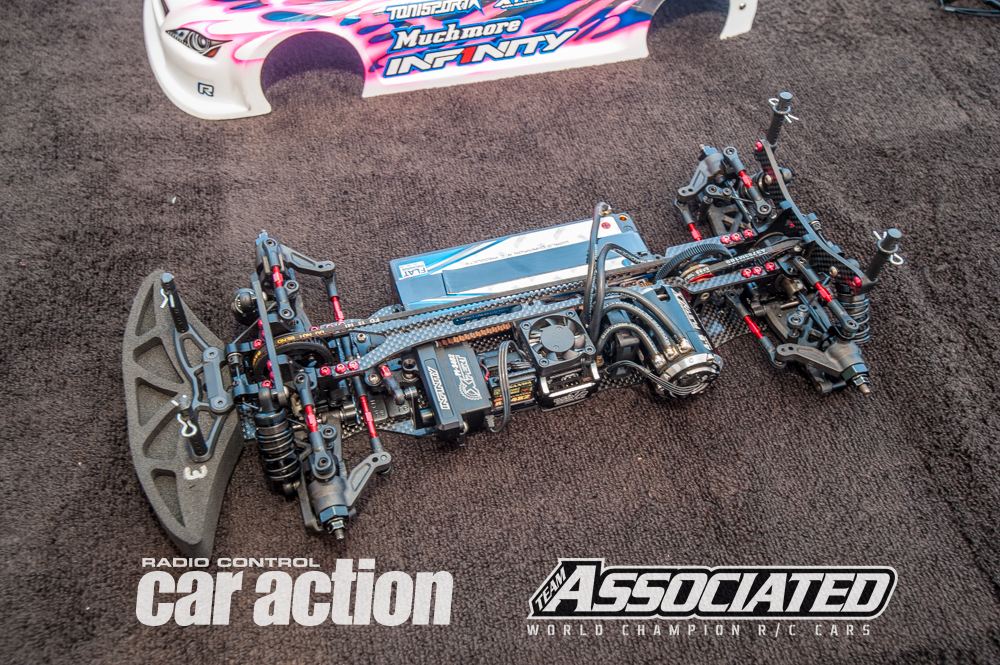 Infinity just broke in to the electric touring car market and their first car is the IF14 that Rheinard is currently using. 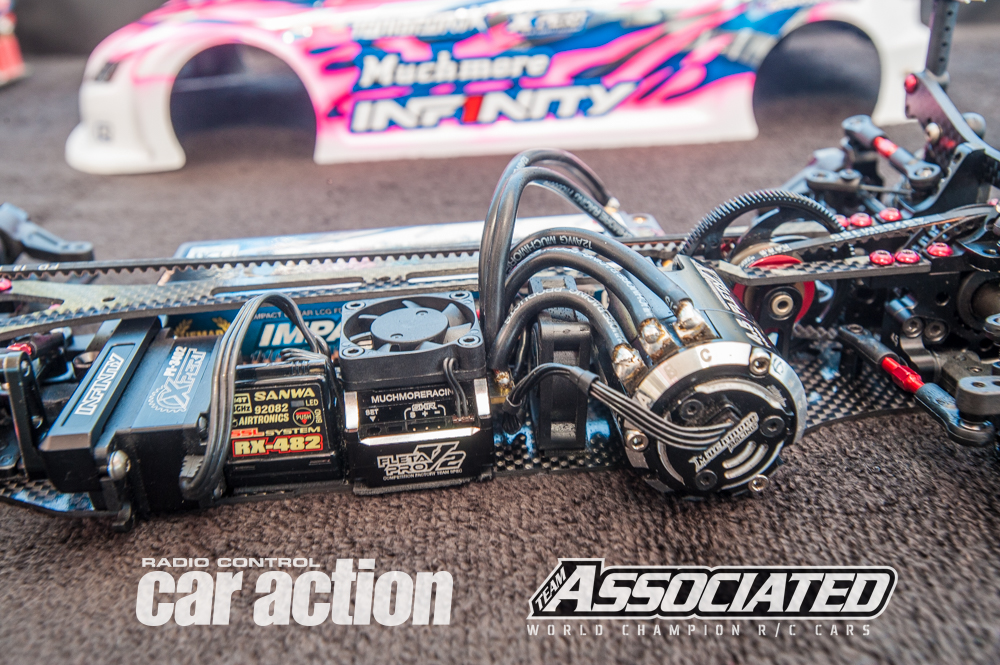 Marc uses a Much More Fleta Pro V2 with 0 boost and 20 turbo for settings. The motor is a Much More 4.5T with 12mm rotor. 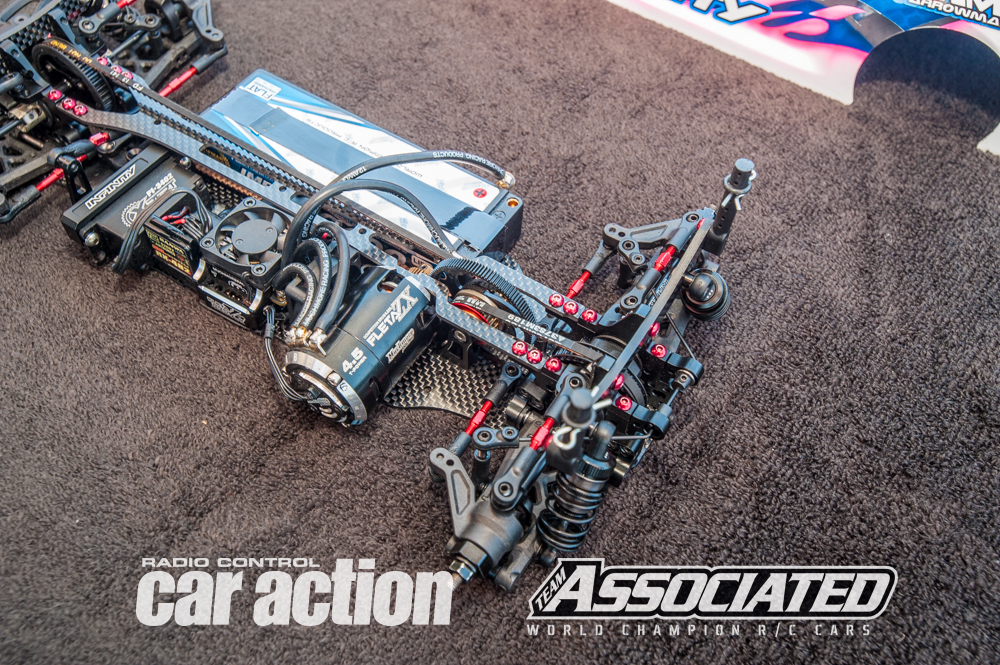 The rear of the IF14 with 20-tooth center pulley with Axon spur gear. Notice the links on the rear suspension. 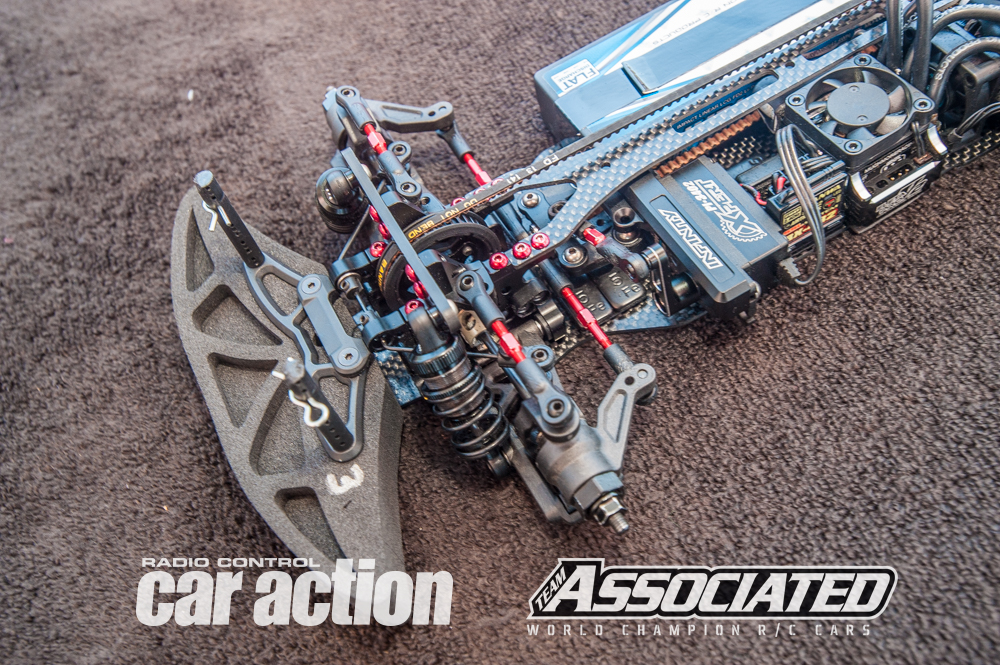 A spool is used at the front, and the servo is an Xpert 3204 model. 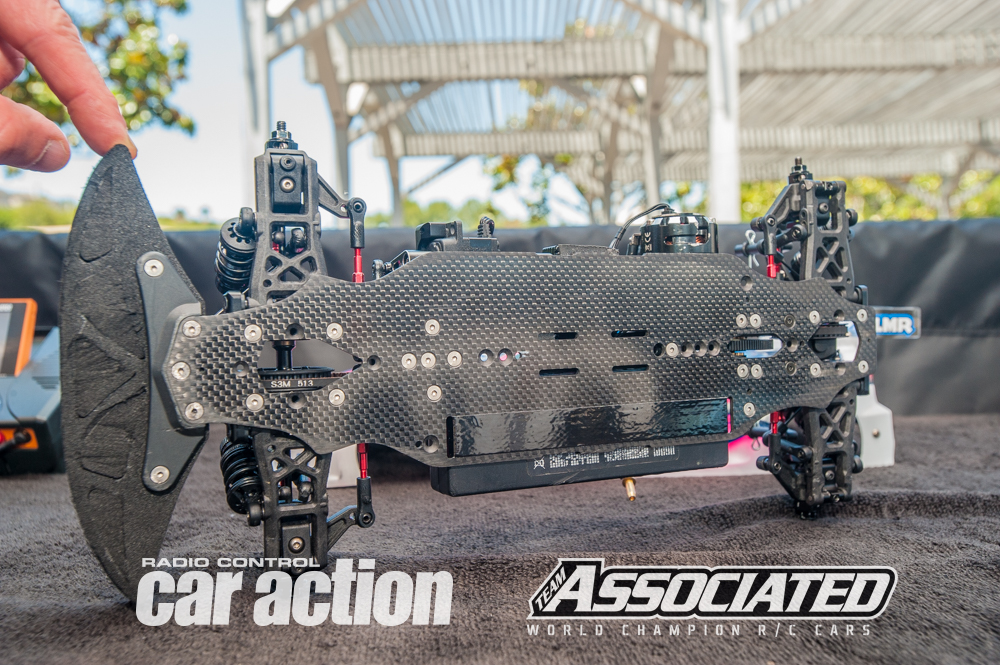 Detail of the bottom of the 2.25mm carbon fiber chassis. 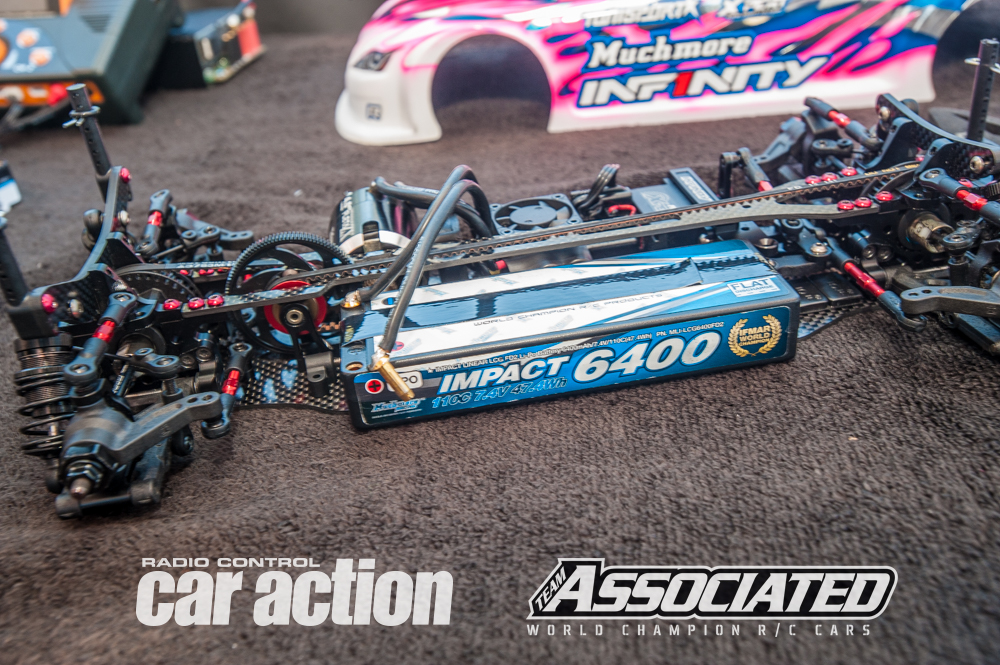 Much More Impact 6400 2S LiPo battery is taped in and provides smooth and consistent power. 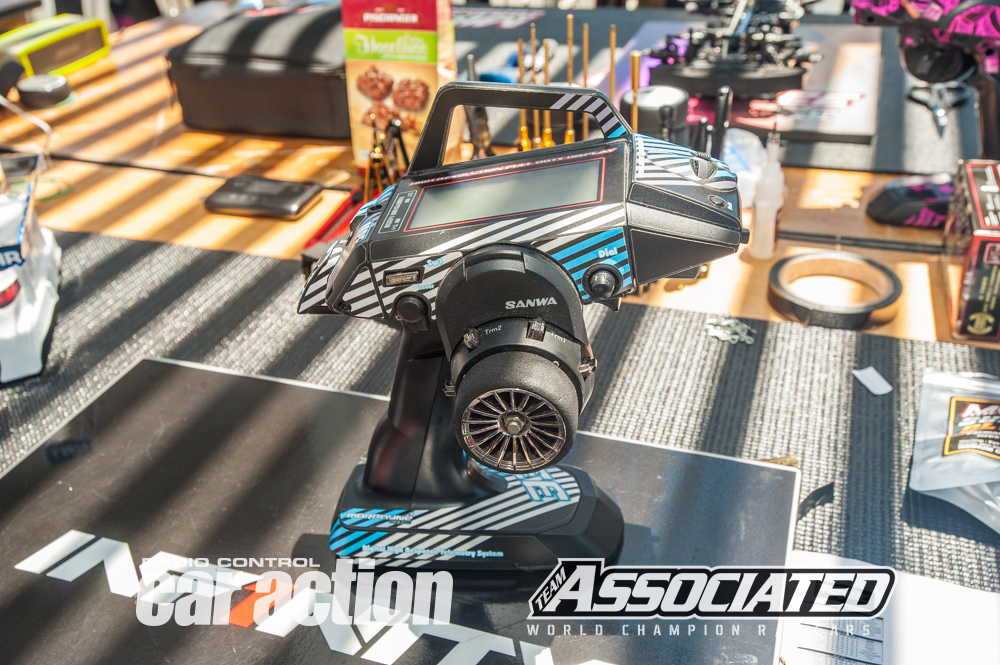 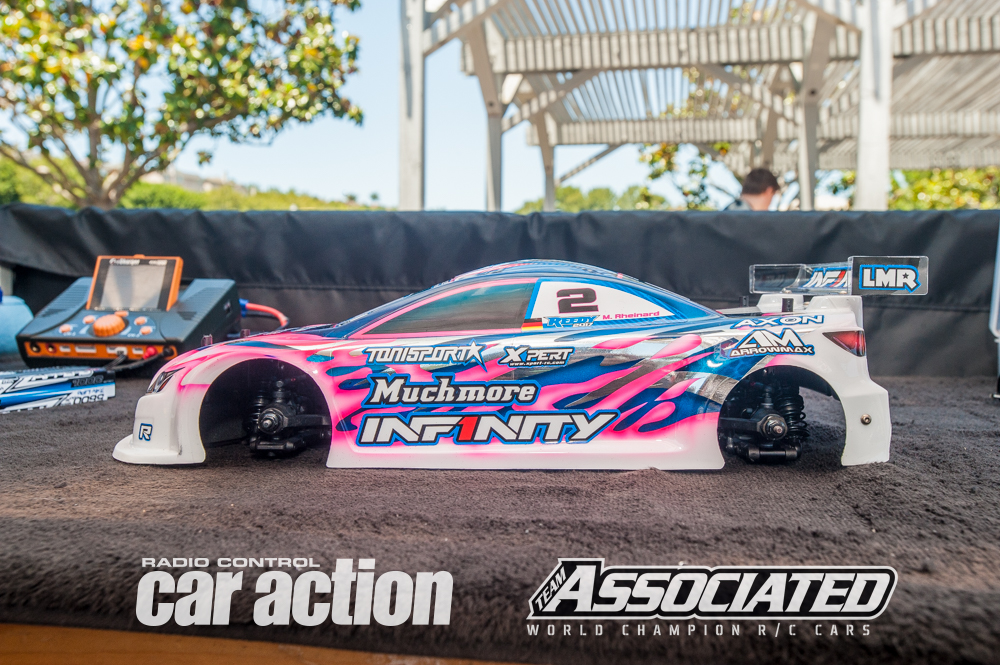 A Protoform LTC-R Lightweight is used along with a MR33 wing that Marc describes as being in between a lightweight and heavyweight wing commonly used.