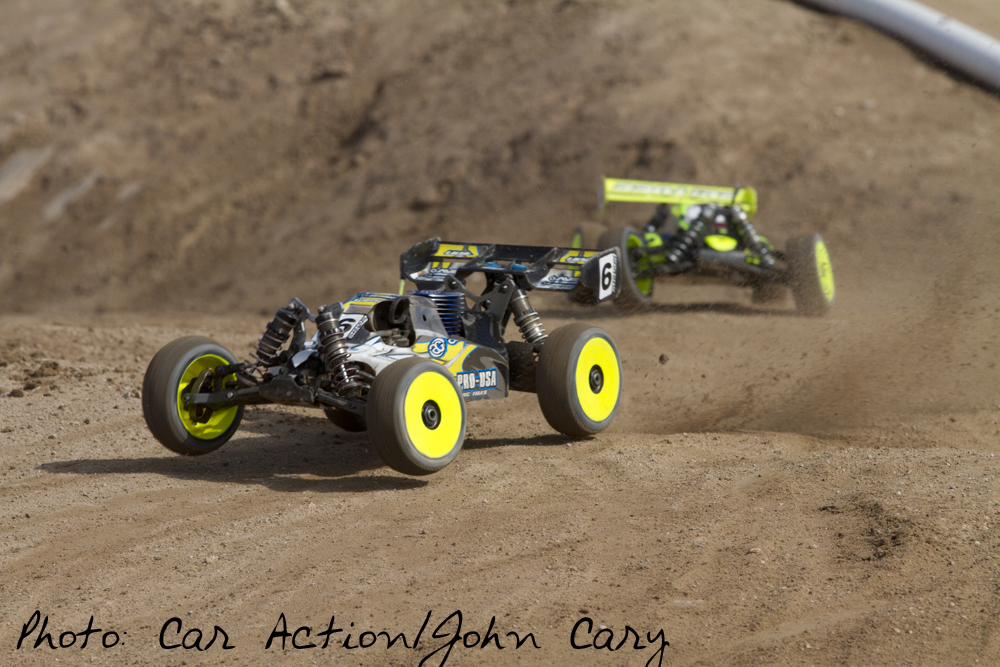 Every year in the USA there is one race that seems to attract racers from foreign countries more so than any other event, why is that? Because it’s Las Vegas baby!! The Silver State Nitro Challenge has been attracting racers from throughout the world for years. Is it because even though they might not win at the track, they’re most likely going to win at the tables? Or, is it the legacy of driving on a track that some consider to be true off road racing while others call it pure insanity. With the recent weather (snow, rain, and wind) I’d call it pure insanity. At one point on Saturday, racing came to a stand still because of a scattered thunder storm that decided to grace it’s presence. Oddly though, after an hour of rain delay, and three heats or racing, the track needed watering. There’s also one other thing I’ve been paying attention too… We all know what the Pro’s are driving but the big question is, what are the Open Class guys running for chassis, motor, tires, and fuel? I’ll have some interesting facts later today. In the mean time, here are a few photos of the track, facility, and racing. 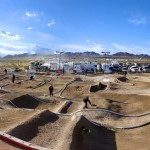 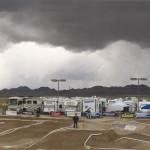 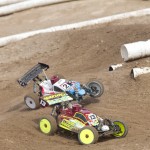 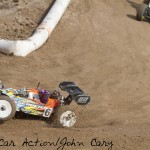 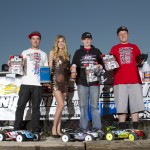 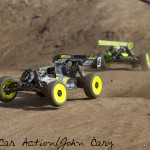 Hey there Car Action readers. I just just got back from the finals, Today’s key phrase, Blown out. This pretty much sums up the track conditions for today. In all my years of watching/racing RC car races, this was by far one of the most beat up unpredictable tracks I’ve ever witnessed. In Pro Truggy, Hot Bodies’s Ty Tesssmann owned the entire main. Both Kyosho drivers Tebo and King made some great advances on Ty but in the end it just wasn’t enough. At one point, Ty was looking to pass King and then you hear Ty’s fathers voice “don’t pass him Ty, just work with him”. HPI’s head cheese, Tatsuro was here to watch Ty’s truggy victory.

Buggy on the other hand, it was an epic battle between reigning World Champion Cody King and Team Associated’s Ryan Mafield who were hashing it out for the entire 45minute main. In the beginning, Cody slammed into the back of Maifield, causing both of them to crash. Cody did the stand up move and waiting until Mafield was flipped back over before taking off. Then, even after 40+ minutes of racing King and Mafield were still going after each other. During the last few minutes of the race, the two drivers swapped positions over a dozen times. In the end however, Ryan kept his buggy on four wheels longer then Cody, giving him the win. This is Ryan’s 2nd major win in the past two weeks. Just this last weekend Ryan won Pro Buggy at the Nationals Warm-up race held at Thunder Alley. Looks like AE’s hard work is really paying off and hopefully Ryan can keep this momentum going.  Check back soon for more photos and details.