From XRAY:
This wing mount set allows to install rear wing fully independently from the rear pod plate. When the rear suspension is moving the wing stays in the same position which helps to improve car stability and increases traction, making the car easier to drive in all conditions. The wing mount plate features holes for wing mounting in exactly the same positions as the standard wing mount. Can be used either with the rear gear differential or ball differential.

The wing mount has multiple positions which allow higher or lower mounting of the rear wing to adapt to traction, conditions, and racing surfaces. 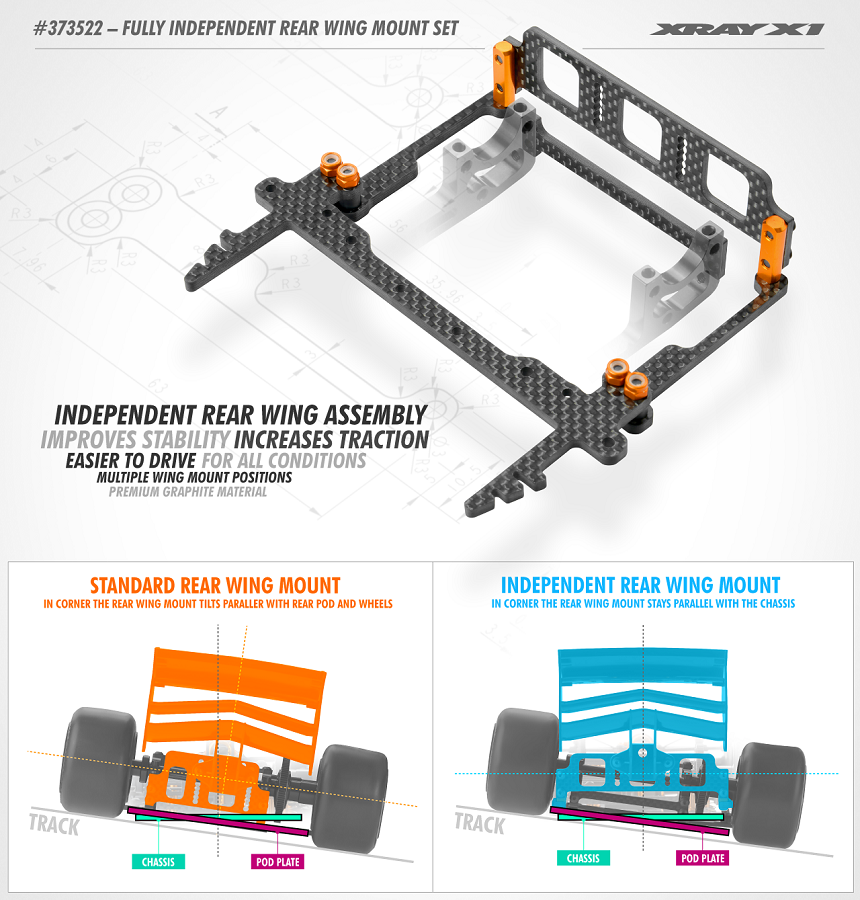 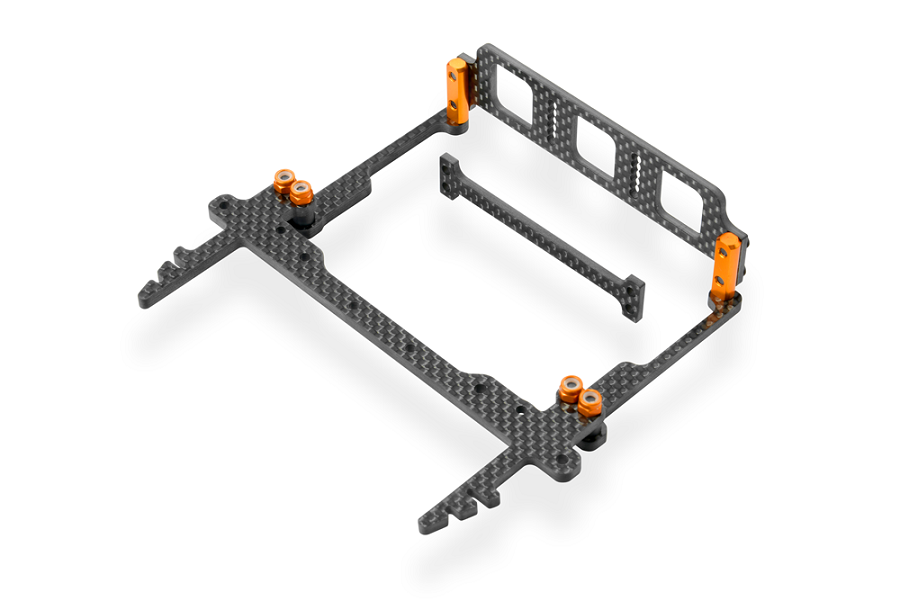