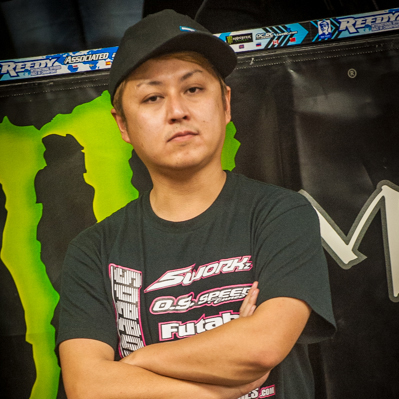 Recently in shocking news, legendary driver Atsushi Hara announced that he would compete as a privateer in nitro off-road racing after leaving SWorkz. In another situation, Drew Moller announced his departure from HB/HPI Racing in order to pursue a college education. But, these aren’t the only instances where drivers have made big moves as a professional factory driver. If you follow the racing circuit, you may have noticed that January is a time for contract negotiations and sponsorship changes. Social media is quickly becoming a place where drivers and companies take to the keyboard to make their announcement to the cyber world. These posts are becoming all too familiar and look like they were born from standardized templates with products and drivers cut and pasted in and out of a fancy, colorful background with politically correct wording. “I’d like to thank (insert company representative here) for the opportunity they have given me and look forward to (insert politically correct comment here)…,’ yada, yada, yada. Which begs the question; are there just too many factory team drivers? I would have to say yes. Let’s take a look. 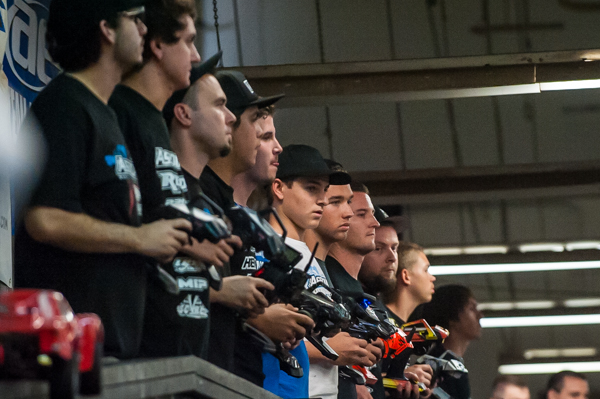 At big events factory drivers should be expected to make the a-main.

Companies use professional factory teams to promote their products and expose their brand. It takes an army of mechanics, engineers, travel and other related expenses, often without a real ROI (Return On Investment). Companies often justify it as cost of doing business and chalk it up to a marketing expense and a form of advertising in spite of it far exceeding the business norm of around 10%. However, if you haven’t noticed, it isn’t as though factory team drivers are driving around in fancy cars, eating caviar and living in mansions. In reality, when considering the amount of time dedicated to compete at the highest level, most of these drivers are below minimum wage- living with their parents, out of a suitcase, sharing an apartment, or chomping on fast food and Top Ramen.

For comparison, let’s take a look at the responsibilities of a factory Motorcross rider:

1. The rider shall ride the team’s brand of motorcycle in the agreed-upon schedule of events (typically the AMA Supercross series and AMA Nationals, plus three other events to be named later).
2. The rider shall ride to win, but if he’s not in position to win a championship, he will ride to benefit any other team member who is in position to win a championship. That means moving over for your teammate (which is illegal under AMA rules).
3. The rider shall keep himself in top physical condition. Should the team question the rider’s physical or mental condition, the rider must submit to an appropriate examination (the team will pay the doctor bills). Failure to take the medical exam is grounds for termination.
4. The rider is required to submit to a drug test with 48 hours notice. The test can include blood and urine samples, but is not limited to those.
5. The rider shall, at all times, conduct himself according to the highest standards of good sportsmanship, social convention, moral conduct and maintain reasonable grooming standards.
6. The rider shall wear apparel approved or provided by the team at all races and personal appearances. Any outside apparel contracts not approved by the team will be considered null and void. Apparel means head-to-toe. All approved clothing will be listed at the start of the season in a contract amendment.
7. The team has sole control of endorsements, sponsorship or licensing of the rider’s name, photograph, signature, likeness, voice and personal characteristics. The team’s ownership takes precedence over any other sponsorship/endorsement/licensing contract.
8. The rider shall not directly or indirectly endorse any product that is in competition with a product promoted or sold by the team. This includes ATVs, motor scooters, personal watercraft, motorcycles, accessories, parts or options sold by the team. (While at Team Honda, Jeremy McGrath appeared in a photo in Jet Ski magazine riding a Yamaha Wave Runner-and got in trouble.)
9. The rider will work as an independent test rider in the development of the team’s production and racing motorcycles. Testing will be limited to three days a week (the team promises to give the rider two weeks notice before the testing date).
10. The rider will make himself available to promote the team’s bikes, product line and services for up to 35 days per year. This can include public relations, autograph signing, dealer shows and pre-production work.

For the most part, a lot of this can be applied to an RC contract. But, do  you know how many riders a typical factory motocross team has? Two. And as you could guess, their racing budgets are much larger than anything we experience in our forms of racing. There just aren’t enough resources for factory teams to fully support and pay a professional rider at the highest level. The best make millions and are appropriately paid according to their value. The pyramid is very steep. Keep in mind, I’m not talking about the lower tiered riders, just the elite guys who have factory contracts. In order for RC teams to be healthy and provide their elite factory team with the necessary support, there needs to be a change. An IFMAR Worlds shouldn’t consist of heats of factory drivers all the way down in to the D or F-main. In fact, the back part of the A-main should see some privateers or drivers getting help from lower tier sponsors. Podium results matter. This will create an elite level of racing with better compensation, competition, more professional atmosphere and a more polished presentation. It sounds cutthroat, but it exists in most forms of motorsports, and hey, it’s got to stop somewhere. 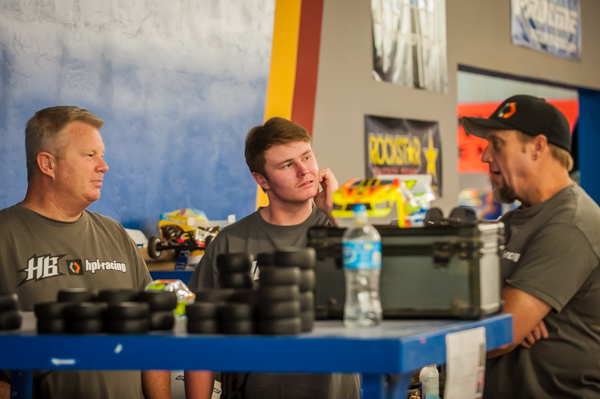 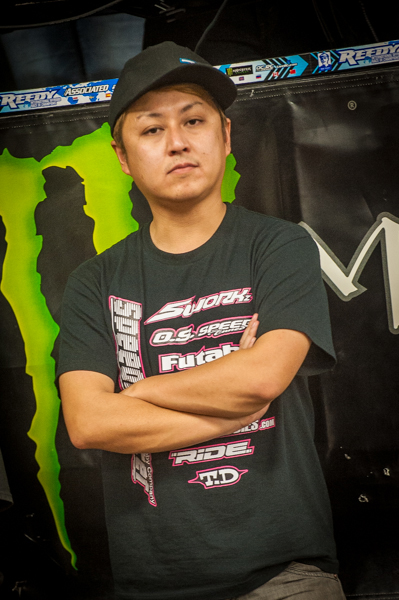 Atsushi Hara announced he would race as a privateer in nitro Off-Road.