From Redcat Racing:
Radio Controlled lowriders have taken the scene in a big way. If you attend an RC show or full scale lowrider event, you’re almost certain to see someone with an RC lowrider. They are perfect for anyone who wants to experience what it’s like to operate an authentic hopping lowrider, just on a less expensive smaller scale. Redcat lowriders are designed for slow cruising and performing hopping lowrider tricks that are possible because of the purpose built LRH285 chassis, which uses a realistically simulated hydraulic suspension. The LRH285 chassis, designed by Redcat, replicates the unique movement of a full-size hopping lowrider.

Redcat has now released the popular LRH285 chassis as a slider. This is the same great chassis used on the popular Redcat SixtyFour and FiftyNine hopping lowriders but with lots of chrome. This kit, called the LRH285 Designers Show Kit, includes an overwhelming amount of chrome parts. This is the perfect kit for those who want to create their own show-worthy custom RC Hopping lowriders.

Because the LRH285 Designer’s Show Kit was designed as the perfect base for builders to create award winning lowriders, it includes a lot of chrome. In fact, there isn’t much on this thing that isn’t chrome. Redcat has Included a chrome chassis, chrome frame rails, chrome transmission case and gear cover, chrome front suspension arms, chrome V2 steering arms, chrome front lifting bell cranks, chrome steering tray, chrome rear axle housing, chrome center driveshaft and chrome trunk pan. This should provide the perfect base for builders to create an absolutely beautiful show worthy custom RC lowrider and we can’t wait to see all of the custom creations being posted on social media. If you’re into custom building, the LRH285 Designer’s Show Kit is a must.

One of the things that makes this kit so customizable is the chrome base. There are so many builders out there who have custom painted their Redcat lowrider chassis, chromed them, and have done some pretty wild things to make them stand out. With the chrome base, builders can either leave it as mirror chrome, or spray candy colors over the top of the chrome to achieve some amazing effects. Builders could even layer a light coat of colored metal flake, suspended in clear, before applying candy to achieve an absolutely wild effect. This is a lowrider after all, and in the lowrider community, metal flake and candy colors are where it’s at. We usually see candy colors sprayed over top of a silver base coat, which is beautiful, but a candy coat sprayed over top of a chrome base gives an entirely different effect and is absolutely gorgeous.

The LRH285 Designers Show Kit is a fully assembled slider and includes a LRH285 hopping lowrider chassis, brushed motor, servo horns, mounting hardware for your electronics and did we mention, lots of chrome. This kit is made to give builders an opportunity to craft their very own custom lowriders, so it does not include a body, wheels, tires, radio system, ESC, servos, battery or charger. Another exciting thing about LRH285 Designers Show Kit is that if you already own a Redcat lowrider, you’ll know that the Redcat LR6X six-channel 2.4GHz transmitter can be programmed for multiple models. That saves builders money. Just buy a receiver and program the new lowrider into your existing LR6X transmitter.

If you’re buying the LRH285 designer’s Show Kit and have no clue which components to use to complete your build, don’t worry, Redcat has that covered. The LRH285 Designer’s Show Kit manual has a section in the rear with recommended components. This removes all the guesswork for those who just want to build a chromed out Redcat hopping lowrider. 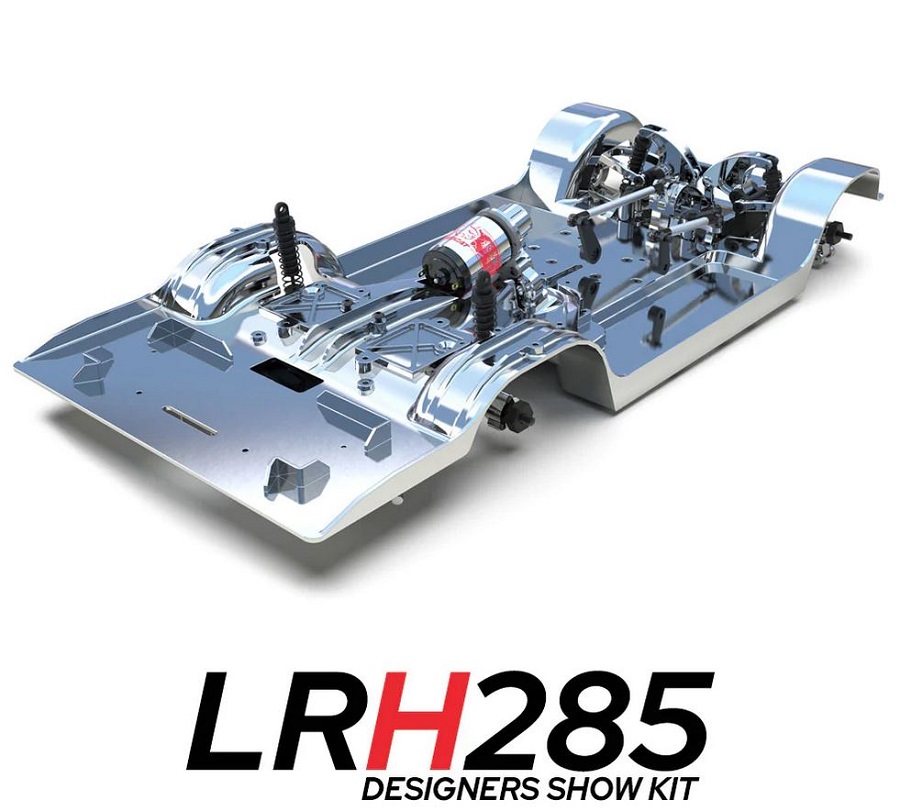 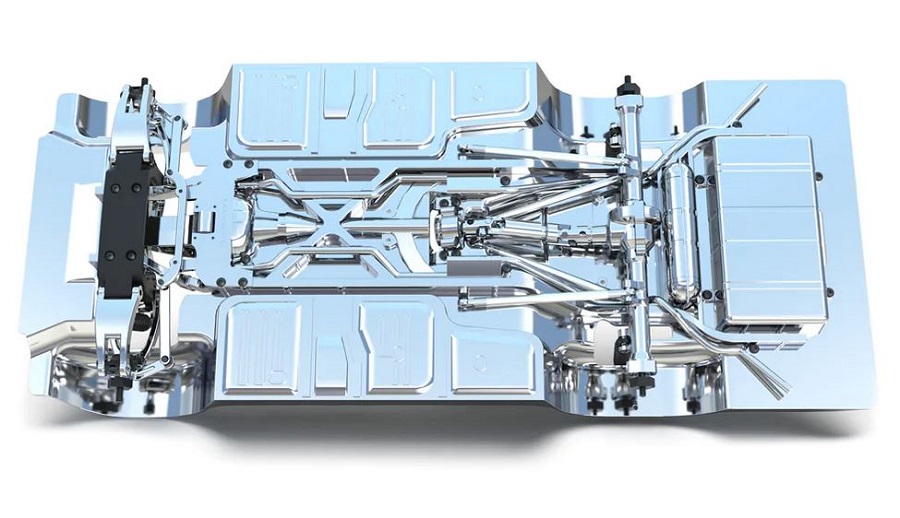 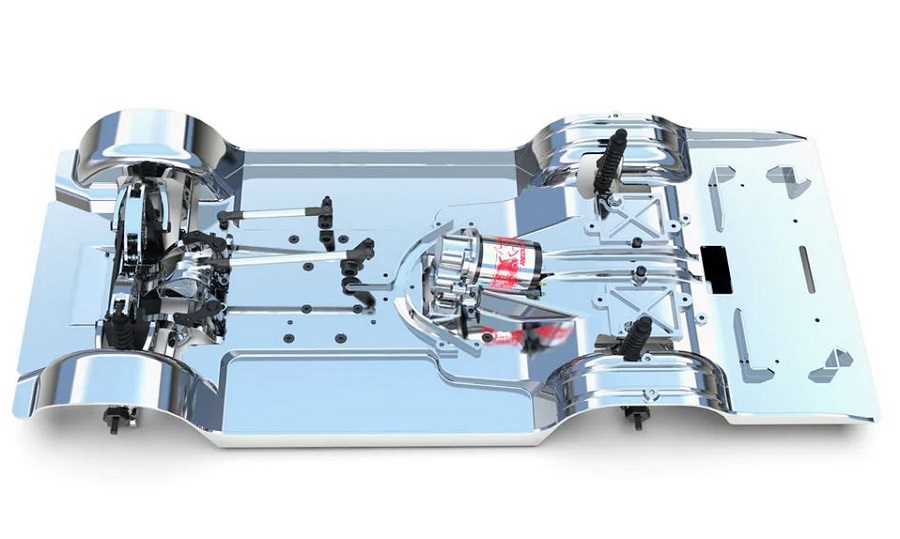 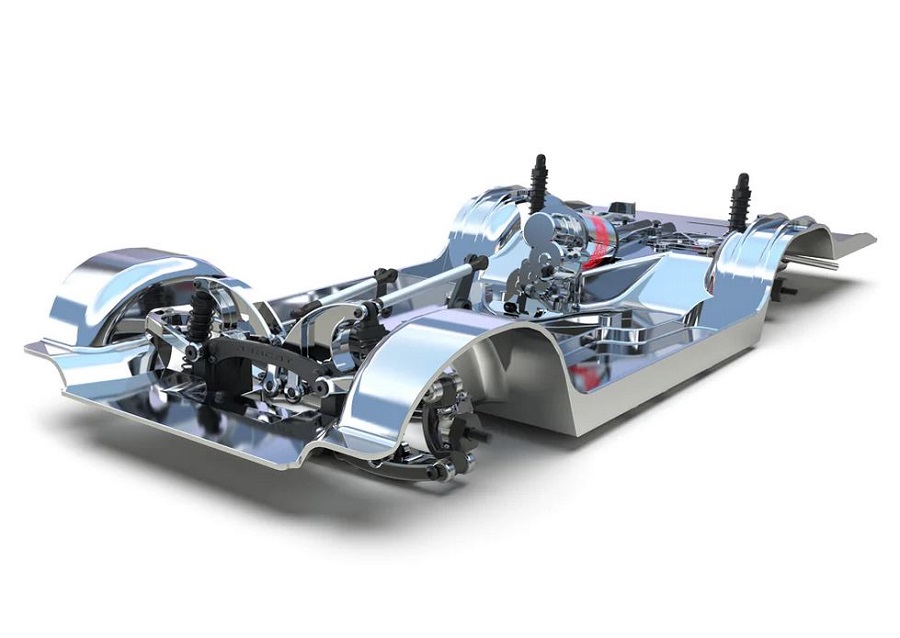 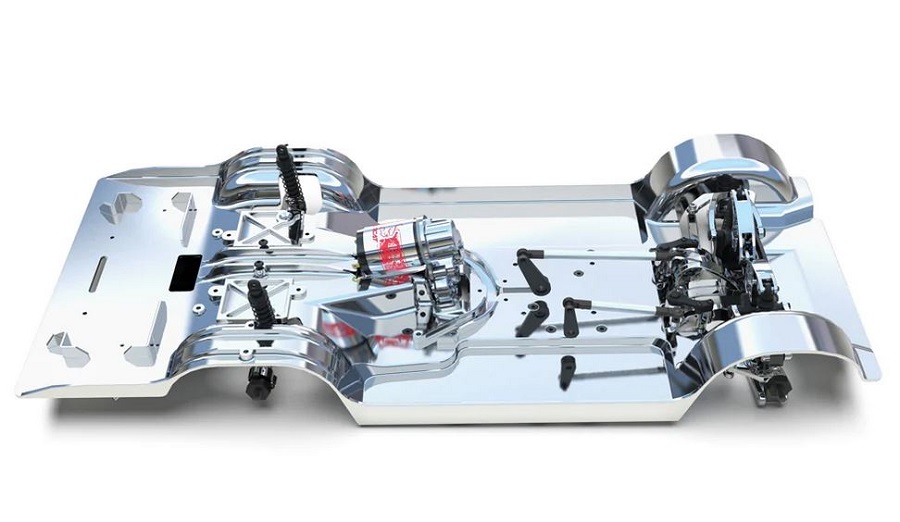