The recent releases of Tamiya’s Comical series kits have been an onslaught of RC cuteness. The barrage has been non-stop, first came the Comical Grasshopper followed by the Comical Hornet and then the Comical Frog. Now Tamiya has released the pinnacle of 80s excess, reimagined into a cute egg shaped form, the Comical Avante. 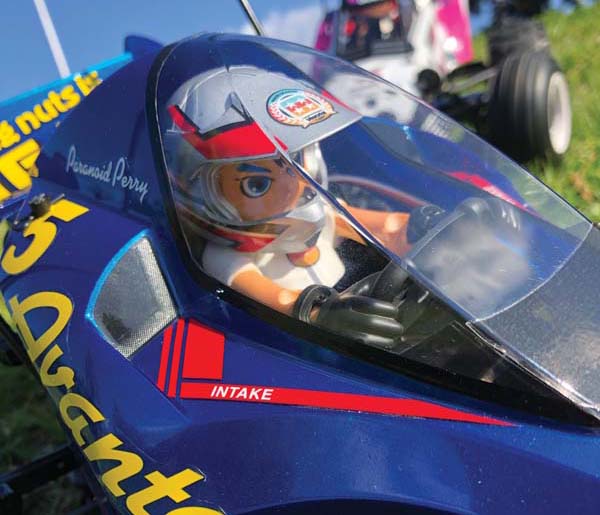 The 1988 Tamiya Avante is considered one of the most over engineered RC cars of its day and perhaps today too. I was lucky to score one of these 4WD wonders back when it was first released and it quickly became the centerpiece of my many pre-teen obsessions. Being a fan of the design for so long, how could I pass up the newly released Comical version? Spoiler alert, I didn’t.

This release is different from the other 2WD Tamiya Comical offerings in that, like its namesake, it is equipped with 4WD. Thankfully, the similarity with its older brother stops with its name and looks. This Comical version of the Avante is meant to be a fun distraction and is designed to be much simpler and more robust. It is based on the GF-01 chassis, which offers a full-time gear driven 4WD transmission. What you end up with is a wheelie-happy buggy with ultra grippy drive characteristics. On asphalt it’s almost hard to drive due to its propensity to wheelie. One grass and loose terrain however, it becomes really fun to drive.

We slightly modified ours with suspension arms from a Tamiya WT-01 chassis to give it an even wider stance than stock. Other than that, it runs the stock motor and ESC that it comes with and is powered by a classic stick type NiMH battery. Big power or faster motors weren’t required for us to really have fun with this kit.

Like with Tamiya’s other Comical releases, the Avante comes with an equally cartoonish driver figure that fits right at home under its clear canopy. Although this is an assembly kit, it is a simple build and the body comes pre-painted.

If you’re in the market for a fun kit for yourself or to build and play with with a youngster, consider Tamiya’s Comical line of buggies. If you enjoy it like we do, you’ll be all smiles. 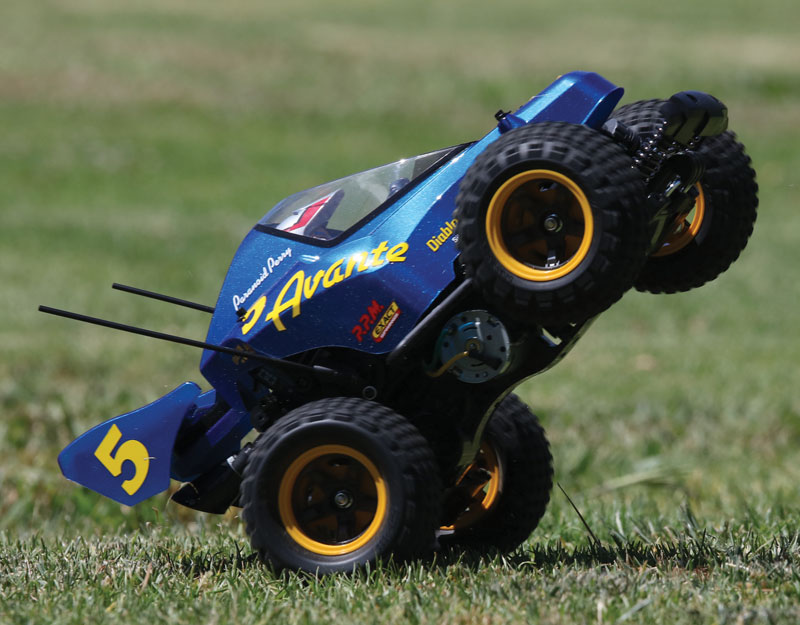 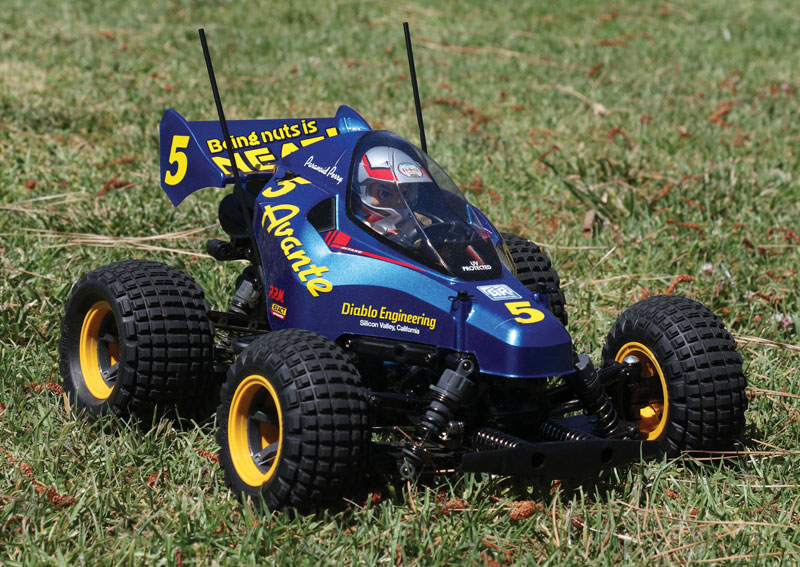 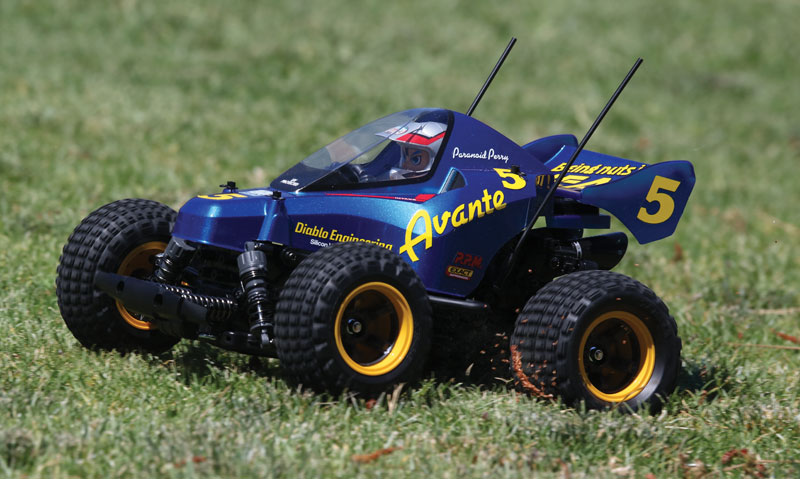