I’ve got an Arrma Typhon, and I want to run it on 4S LiPo. Should I get one 4S LiPo pack, or two 2S packs? Will the car perform better with one or the other?

Whether you get one 4S pack or two 2S packs, the voltage is the same: you’ve got four 3.7-volt cells in series, for a total of 14.8 volts. Once installed in your car, you won’t notice any difference in performance (assuming that we’re comparing cells of equal capacity: one 4S 4000mAh pack and two 2S 4000mAh packs, for example). Now, just because you don’t sense a difference doesn’t mean there isn’t one.  e pair of 2S packs will add more wire and solder joints to the system than a single 4S battery, so a 4S battery will be more efficient. But is it efficient enough for you to notice in run time or speed and power? Nah. What about convenience?

As long as your charger is up to the task, charging a single 4S pack will take less time than charging a pair of 2S packs, and you won’t have to fuss with installing two packs every time you run your car. But what if you have other cars that take 2S packs?  e two-battery option would let your new batteries work in other cars—but only if all the cars in your fleet use the same connectors. In the case of the Typhon, that’s an XT90 connector, which we haven’t seen on any 1/10 cars. So it looks like we’re landing on a single 4S pack as the best option if you want a battery exclusively for your Typhon. 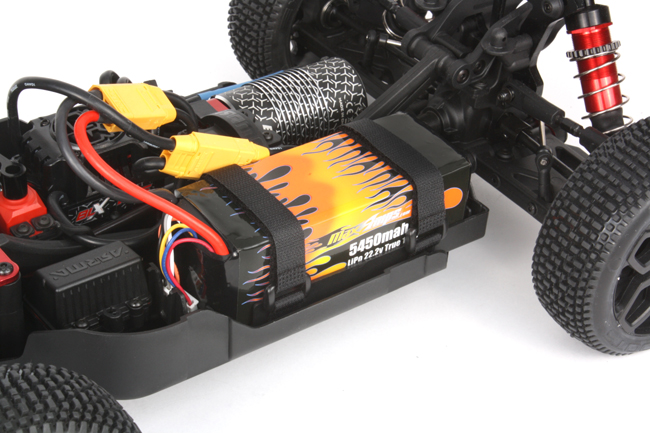 A single battery is the most convenient way to get big volts into your car.  This Arrma Typhon’s battery tray is filled with a single MaxAmps 6S pack. 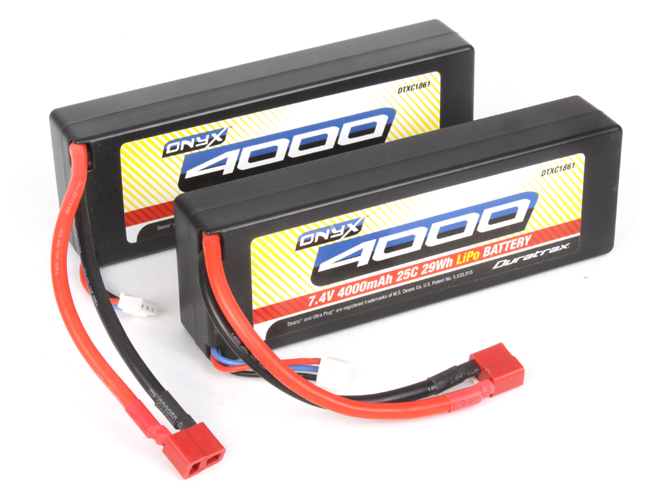 Performance-wise, dual-battery and single-battery setups perform the same. You won’t feel a difference between this pair of 2S 4000mAh packs and a single 4S 4000mAh pack.