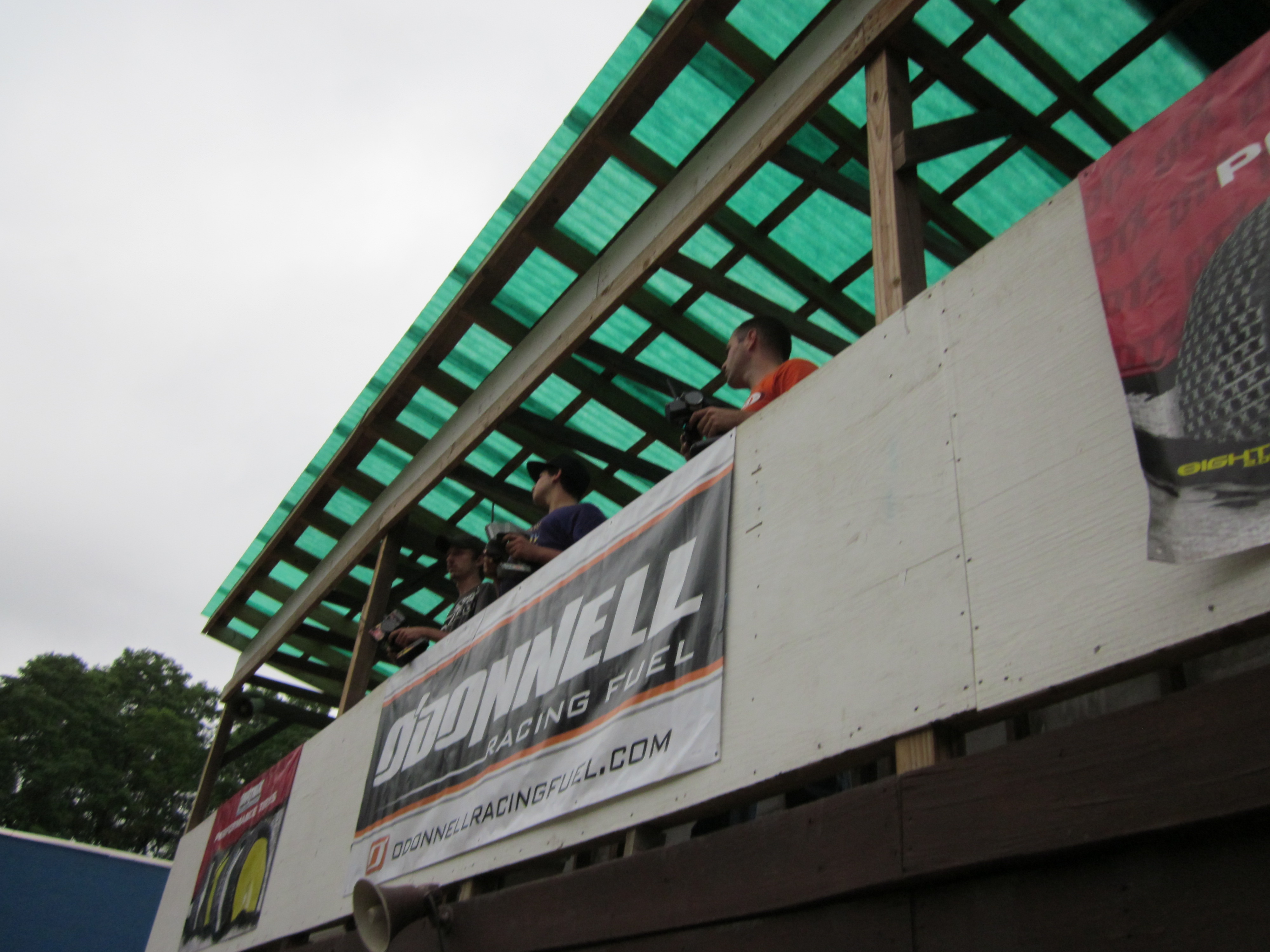 RC Excitement in Fitchburg, MA is the home to the O’Donnell Racing Fuel East Coast Champs. Today was a practice day and the guys have just wrapped things up. The track looks challenging but it’s actually pretty easy to get around. I hear that’s it’s very tight though. The guys are looking forward to starting qualifying in the morning and we are going to be running two rounds with a third round on Sunday followed by the mains. I brought a buggy and truggy with me and I’ll be joining in on the fun. Stay tuned for updates all weekend long. It’s going to be a fun race.

It’s day 2 at the O’Donnell Racing Fuel East Coast Champs and two round of qualifying are taking place. IFMAR qualifying is being used to start the races so the guys are on their own clock. The track was open this morning for a few hours for practice and we are already through a round of qualifying. The guys here are keeping things moving very well. In between round 1 and 2 the RC Excitement crew performed some track maintenance. The track is holding up well and only a few minor fixes were needed to get it back in shape. Round 2 is about half over at this point and at the end of that there will be a endurance race. Things are being switched up a bit and each team much run 1 electric buggy and 1 nitro powered buggy with a switch up in the middle of the race. Each car must run the same transponder so a switch will have to take place.

I’m racing my Team Associated RC8T and Durango DNX408 this weekend and I’m having a great time. The track is challenging, fast and technical. It took me a lot of laps with each vehicle to be able to make a clean lap. I must admit that I was a little frustrated, but once I slowed down I started to enjoy the track. Right now I’m fourth in expert truggy and we won’t talk about buggy. Let’s just say that it’s a work in progress.

We have wrapped up the O’Donnell Nitro Fuel Challenge and what a fun race it was. This morning started with an hour of practice and one more round of qualifying. One qualifying was over and the spots for the mains were all set, we had a raffle and that was followed by a dash for cash race. 8 laps were used to find a winner and in the end Gunnar Rieck took the top spot and $200 cash money.

The last of the mains has just finished up and the awards have been handed out. People are packing up and heading home. This was my first time attending a race like the O’Donnell Fuel East Coast Champs and it was a total blast. The crew at RC Excitement did a great job building the track and running the race all weekend long. This has to be one the coolest tracks that I have ever run on. I’ll have a list of all the winners as soon as I can get them from the race director. Congrats to all the winners. 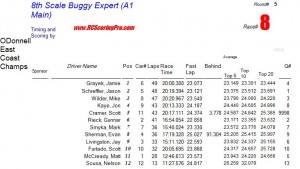 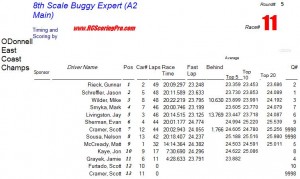 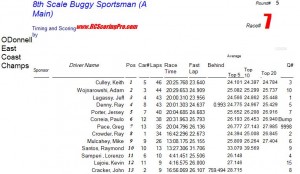 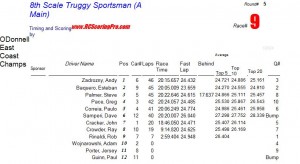