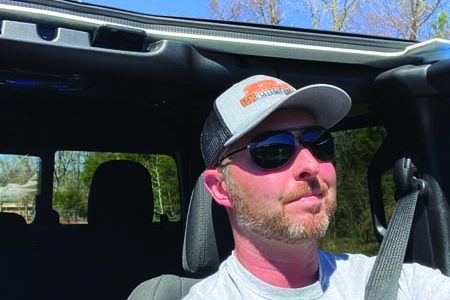 Joshua Dutton is a YouTube creator focused strictly on radio control content; you may know him by his channel, RC Everyday. After spending a decade working at the Peterbilt factory, Dutton recently took the plunge to go full time with his YouTube endeavor. With more than 12 million video views and almost 80,000 followers, we’d say that Dutton is well on the road to living the dream of literally doing something with RC Everyday. Going all-in on his channel has enabled him to go to more RC events this year, to meet fans and to show his custom builds in person. We caught up with him recently to learn more about the man himself and RC Everyday.

What do you do as an RC YouTuber?

My channel has a variety of content, anywhere from scale crawler tips and tricks, honest product reviews, to full custom scratch-built RC fabrication. I just try to keep it real. If I do something wrong, I show it. No sense in the viewers making the same mistake. I accidently coined a hashtag, #rcengineering. A lot of my builds think outside the kit and mash up parts from other scales and genres of the hobby. Anything is game when you have an idea for something that doesn’t exist.

What is your favorite RC category?

I’d have to say the scale realistic genre is where I spend the most time. Ever since I was a kid in the ’90s I wanted my Radio Shack truck to be more realistic. Once I tried to make a tube roll bar out of plastic coat hangers when I was 8 or so. But the way the industry has changed now, with the realistic details of axles and suspension, plus with more and more hard bodies hitting the market, things have really escalated. My primary passion is the suspension and chassis side of it. I was never educated in engineering but have always had an eye for it. And an eye for custom cars and trucks of any size, for that matter. Building my rat rods is usually just an exercise in engineering, trying to recreate unique real-world designs with available RC components and trying to create pieces that just don’t exist.

Which is your favorite RC vehicle?

I have to say the RC4WD Trail Finder 2 (TF2). When that came out, to me, it was the pinnacle of scale realism and scale performance. Ever since I pieced the first one together—one part at a time because I couldn’t afford the kit back then—I was obsessed with how detailed it was. All metal, leaf springs, a real transfer case. It didn’t get any better! Over the past decade I have tried every mod, swapped parts with other rigs, done everything to make the TF2 the best and most detailed I can. I have a dedicated playlist on my channel for my Trail Finder tech videos. And I still have that first TF2. I call it “Old Red.” It is actually about to get some new upgrades and we will see if it can be any better than it currently is.

Can you tell us about any future projects that you’re working on?

Right now I’m kind of stuck, having just finished up the green 5-window RC rat rod build. I’m always brainstorming and looking for inspiration for the next one. I have a new rat rod project, at least a body for it, but I’m just waiting for that one piece that really gets me going on it. I have it sitting around and I am always doing mock-ups with different tires and wheels, different engines, just trying to find the right proportional look that will send me down the engineering rabbit hole. I probably have 10 projects in process at this time; most are just waiting on money.

What other hobbies do you dabble in?

That’s a loaded question [laughs]. I often find that I have too many hobbies. One of my largest is collecting vintage ’50s and ’60s pressed-steel trucks such as the ones made by Tonka, Nylint and Structo. For some reason I have been into them for over 20 years. I customize some and just curate others. I still have quite an extensive collection of these vintage steel trucks, and just like with the RC stuff I have a large stash of parts for them. But it does tie together with the scale RC side, as I’m always going to antique stores and the like looking for treasure. It’s during these hunts that I have found many scale RC accessories in the strangest places.

I took a class for a few years from the National Weather Service and became a storm spotter. That was a lot of fun, chasing storms and getting some crazy weather photos. That’s partly what led me to start my YouTube channel. I already had some decent camera equipment from storm chasing and photo editing. I asked myself, why not try my hand at videography? Doing all the editing yourself is really part of the fun of making the videos.

I use to dabble in the 1:1 custom car world, but the RC builds really stole the funding from that hobby and I sold my last project car, a ’58 Chevy Delray that I put air-ride on. I do like off-roading with my Jeep Gladiator. Camping has been a big part of my life lately as well, going off the grid to my secret place in Oklahoma and trying to survive on Red Bull and Pringles while I try to clear some trees to one day build a cabin up there. It’s been a minute, but I also sometimes write music. Most of my early YouTube videos had music I created because I didn’t know how or where to get creative commons music to use. So if you see an old video with some really bad ’90s-style techno, it was probably mine. I think of the 67 songs I made, about three are pretty good.

Is there anything else you’d like to tell RCCA readers?

Man, I think that’s about it. If you’re looking for some chill YouTube content to stir up some creativity, check me out at rceveryday.com; I do my best to make content that will get you thinking and trying things you might be afraid to do yourself. It’s the best part of doing what I do, when someone tries some weathering or fabrication because they saw me do it, and then they send me photos of some of the most amazing work saying I inspired them. Half the battle is just giving it a try! You never know what you can create. 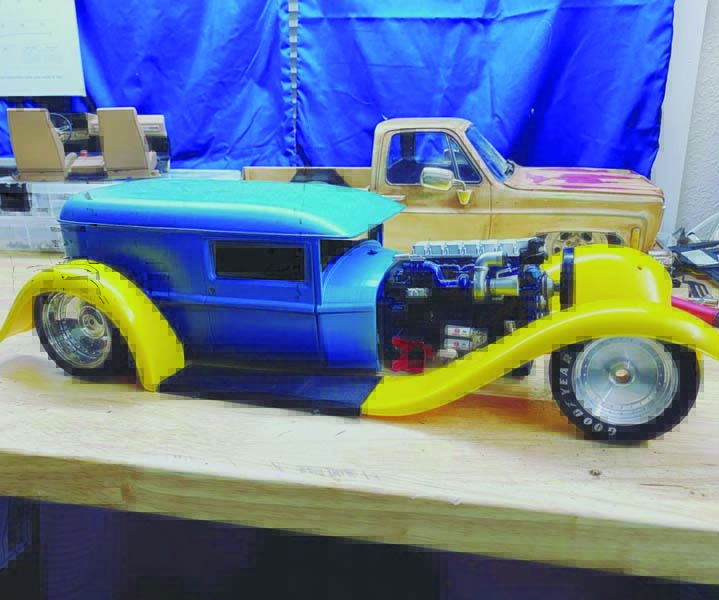 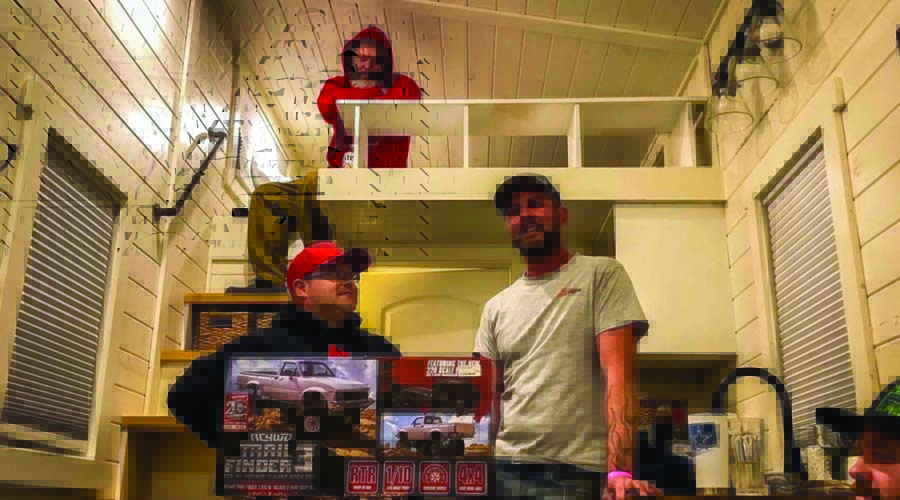 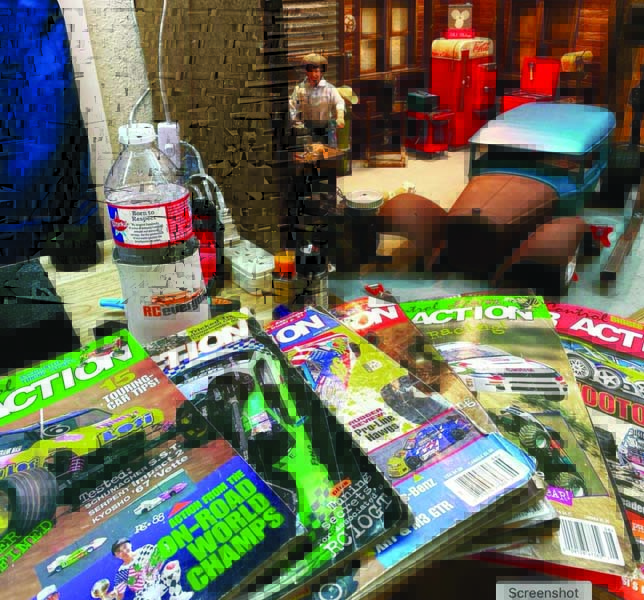 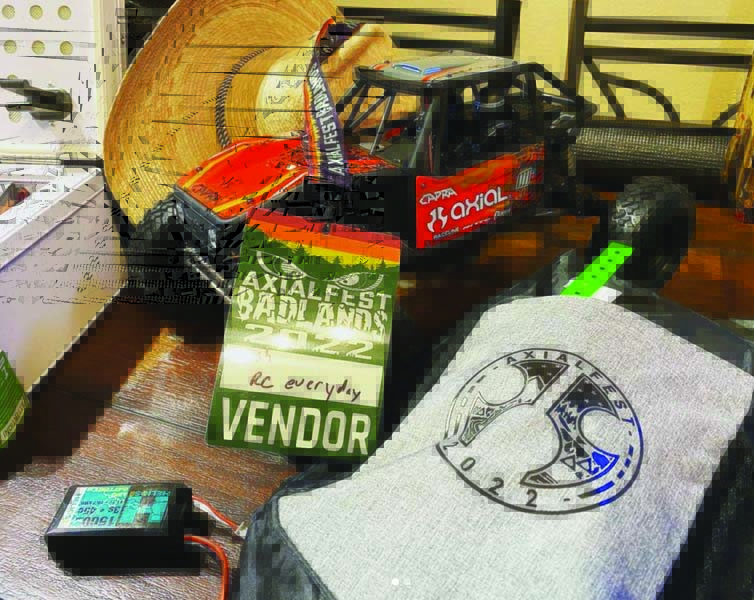