From Kyosho:
With its unrivaled record of 8 World Championship titles, each generation of the Inferno sets the 1/8 Engine Buggy performance standard against which all others are measured. Released in October 2008, the MP9 cemented the Inferno legend with victory at the 12th IFMAR World Championship held in Thailand in 2010 in addition to a 6th Japan National title. To commemorate the 10th anniversary, the latest MP9 TKI4 model has been equipped with a performance boosting selection of optional parts in a semi-assembled chassis kit to create the Inferno MP9 TKI4 10th Anniversary Special Edition Spec A. Key components such as the Big Bore Shocks and gear diff have been assembled by expert Inferno staff and each machine is personally checked by the Inferno’s designer, Yuichi Kanai. Just install the RC system and engine and you will be ready for action with one of the most advanced off-road racing machines ever built. 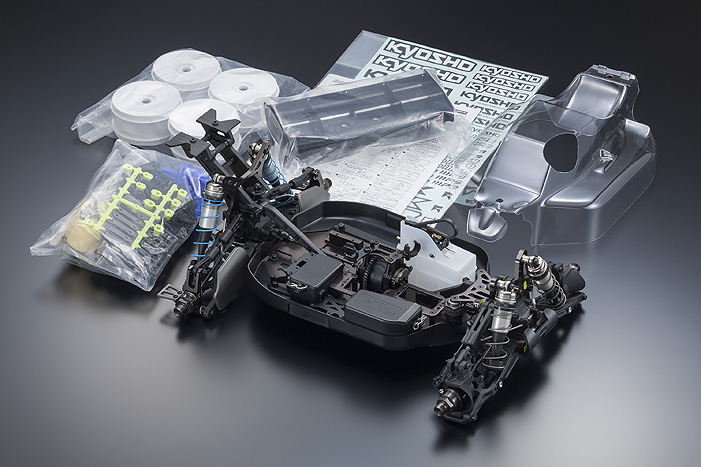 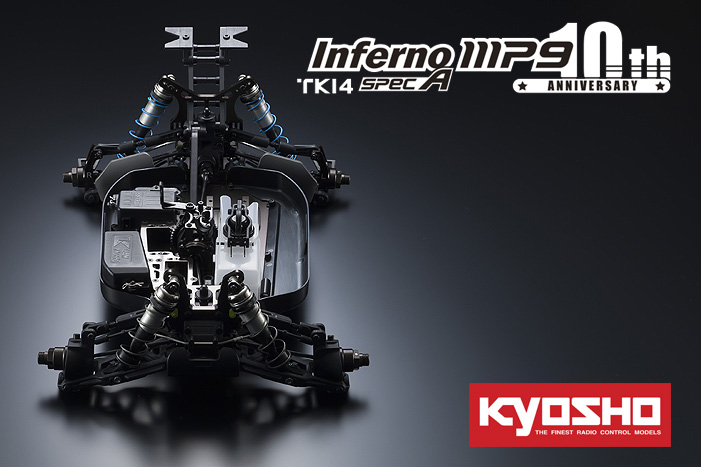 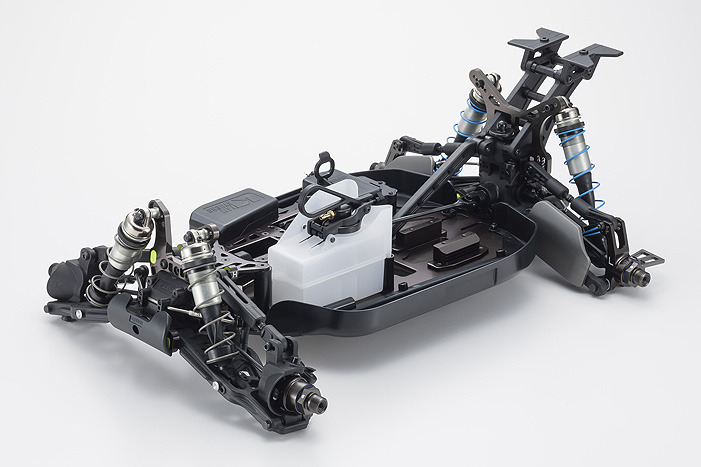 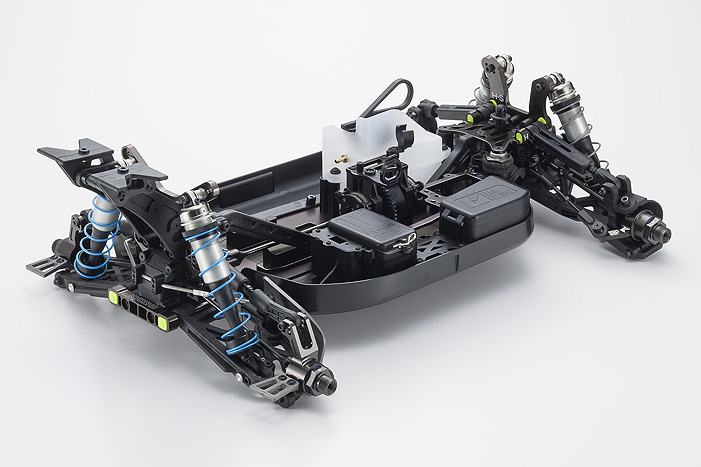