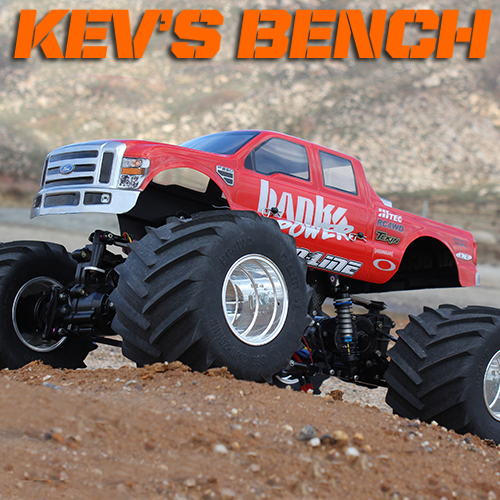 When I last posted about my Thunder Tech Ripper, I was making plans to improve the old ride for enhanced performance and a return to solid-axle truck racing. Since then, parts have arrived and I’ve gone to work reviving the Ripper, and it’s ready for its debut as a refreshed rig. 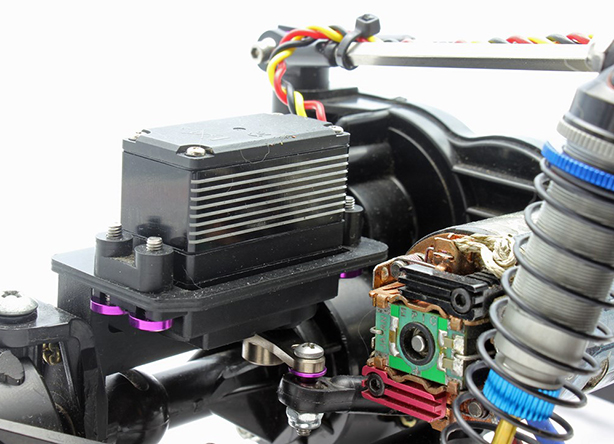 Today’s servos are much more powerful than what I used back in the day, so I boosted the Ripper’s steering strength with a Hitec HS-7954SH.  I skipped the servo-saver in favor of a direct hookup to take full advantage of the servo’s power. I was able to do so because the Hitec servo has 403 oz. in. of torques and a durable metal gear drivetrain.  I also installed a spool in the front gearbox to replace the stock open diff which reduces steering but the power of the servo will make up for anything that I lost with the spool. The spool was used to keep the front gearbox from diffing out when I mash the throttle and causing the truck to hook when they come in contact with the land. 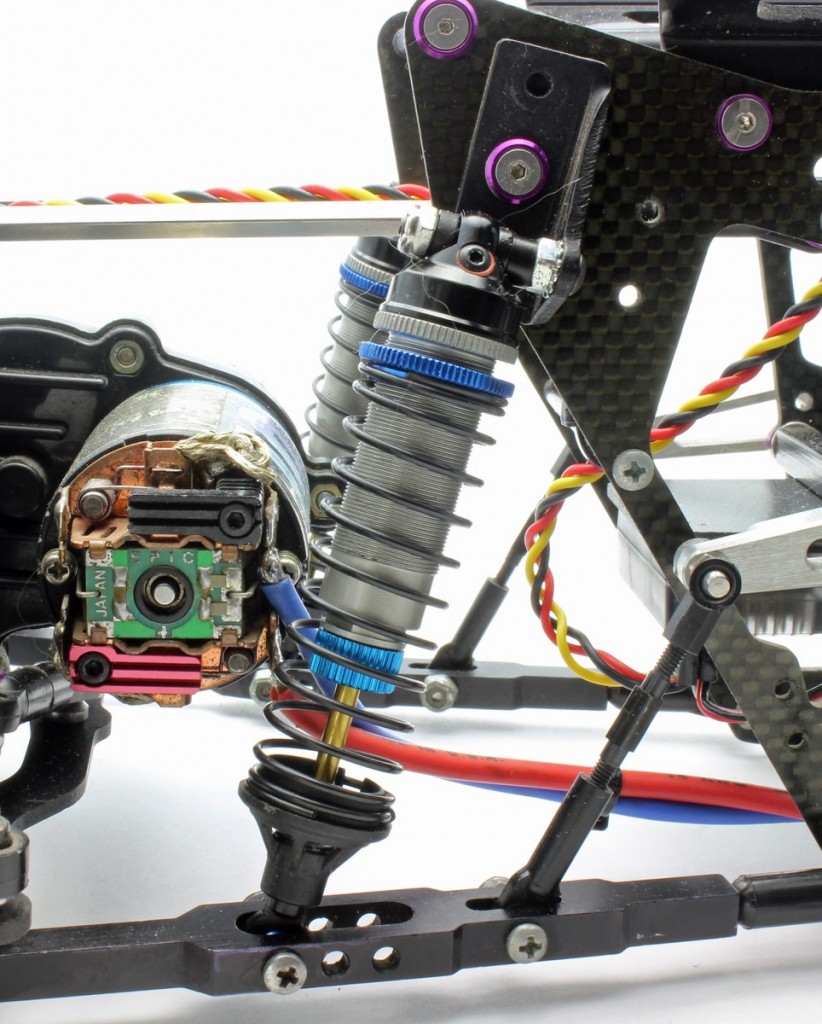 I ran Associated shocks on the Ripper back in 2001, and stuck with the A-Team for the Ripper’s new dampers. This time around, I’ve installed Associated’s super-smooth 12mm Big Bore shocks. In addition to their silky action and the more consistent feel that greater oil capacity provides, the T4.2 shocks that I am using have a lot more travel, and ride height adjustment is much easier thanks to the threaded bodies. I wrapped the shocks in Team Associated’s soft 1.9 rate springs for supple action. 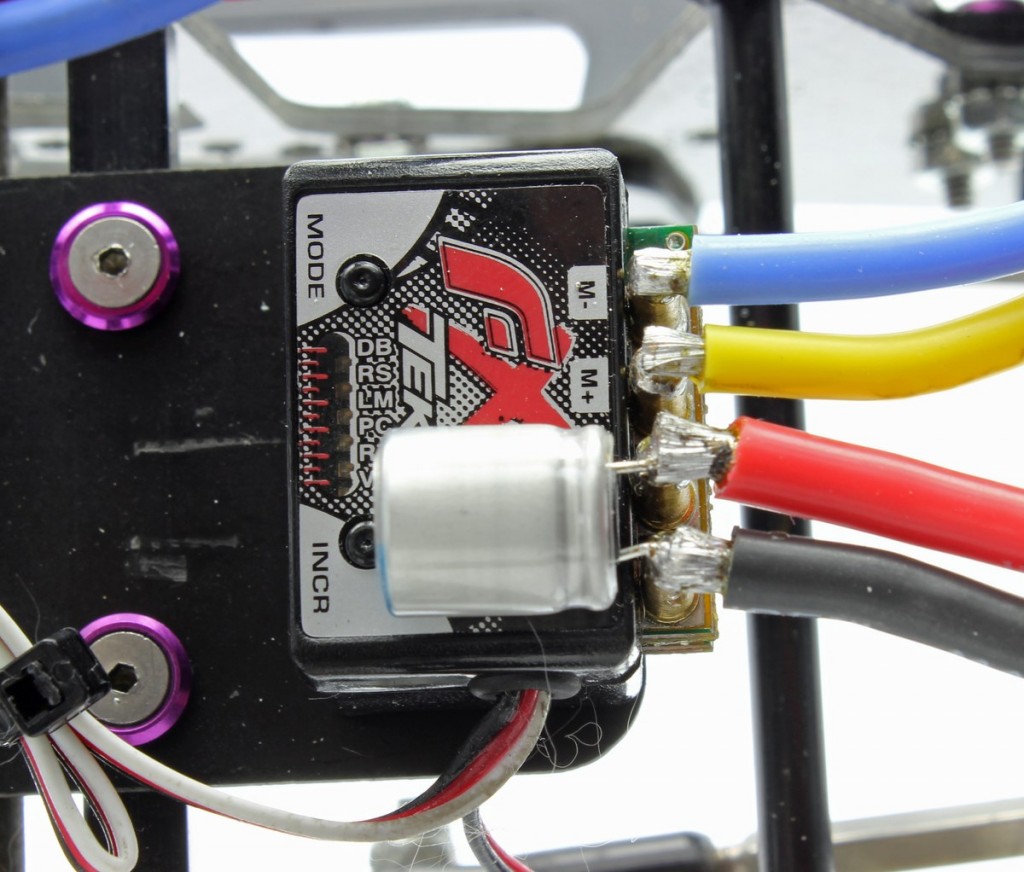 The Trinity D6 motors that were in the truck were pretty fast back  in the day and only had a few runs on them, so I decided to stick with them. Running brushed motors makes for an easier and cleaner setup because I don’t need two speed controls, sensor wire and all the motor wires required to run brushless motors.  I decided to use a newer Tekin FX-R Pro speed control to spin the motors. The speed control is adjustable, smooth and unlike the speed control that I had in there originally, the FX-R has low voltage detection so I can run LiPo packs safely. 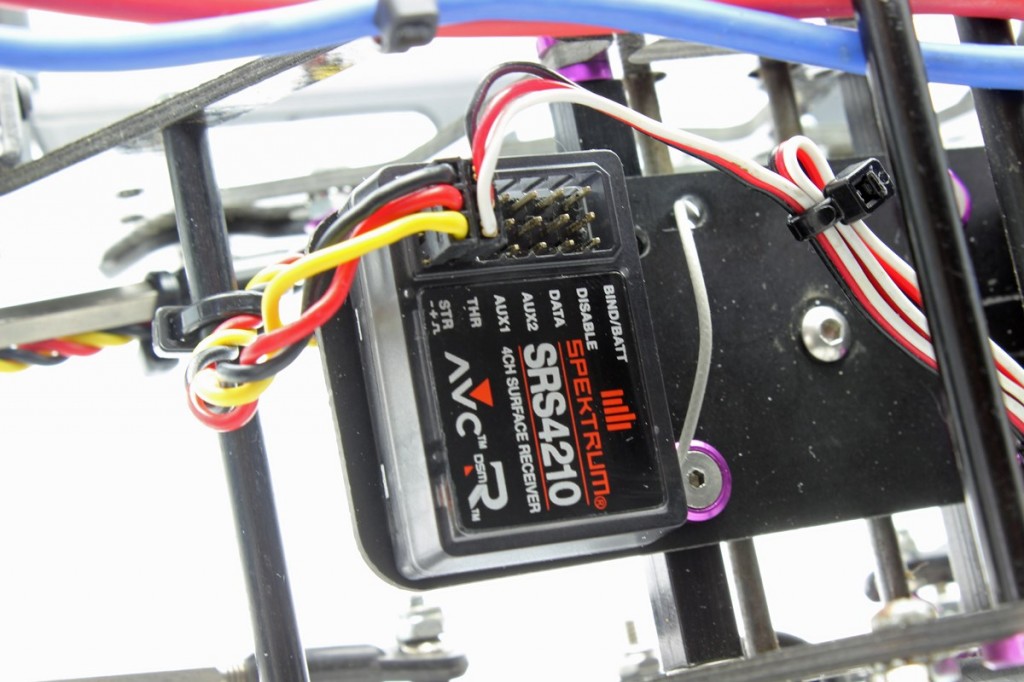 Solid-axle handling can be sketchy, with fast correcting required to keep them in a straight line. I solved that problem by installing Spektrum Active Vehicle Control  in my truck. Now, if I’m on a smooth surface I can shut the system off and if the track is bumpy I can turn it on and have more control over my truck. I paired it up with a Spektrum DX4R Pro radio, which lets me adjust the AVC’s level of throttle and steering intervention independently. 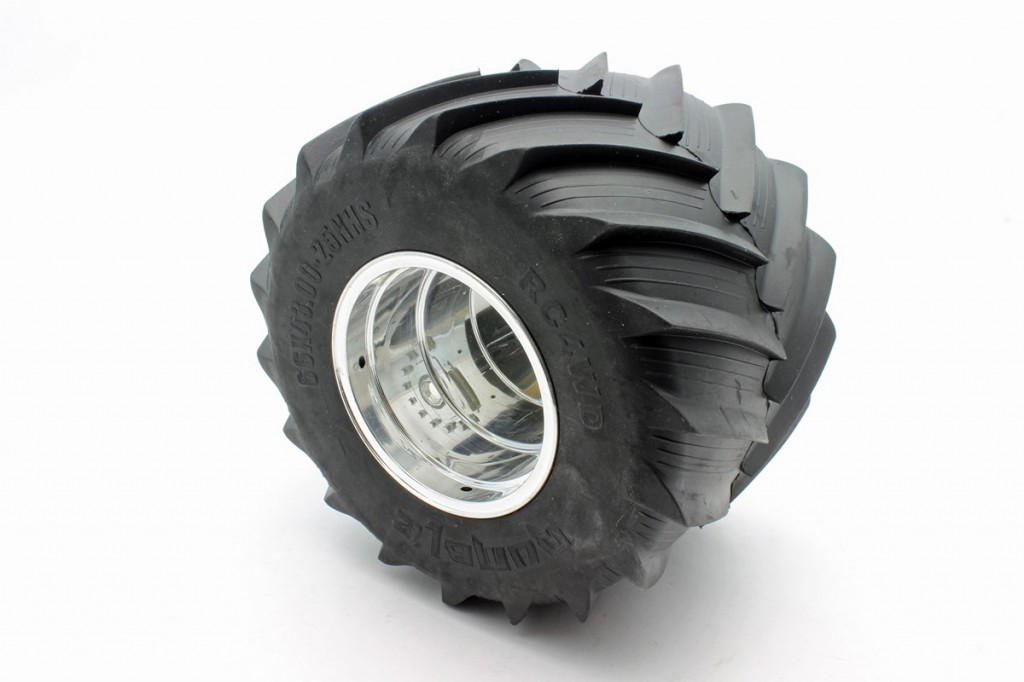 The hot tire for monster racing is RC4WD’s Rumble. It’s a tire that has great scale look and aggressive traction. Unlike most tires designed for the Tamiya Clod Buster, the Rumbles are molded in a soft compound and are supported by foam inserts. 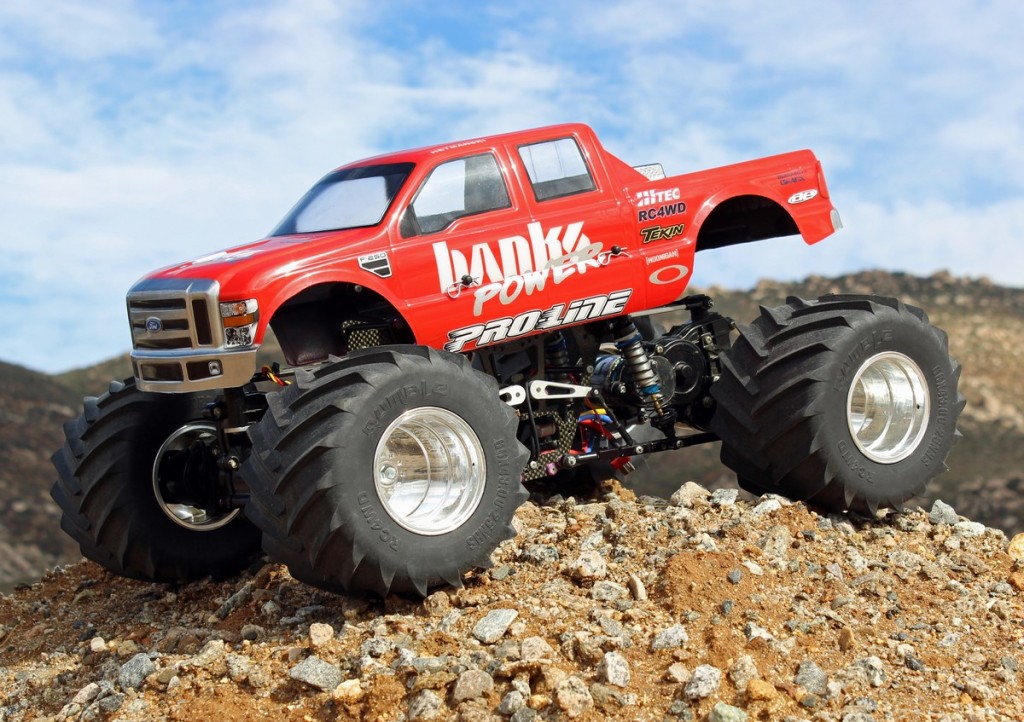 No update would be complete without a new body, so I got my hands on a Pro-Line Ford F-250. I painted it using LRP paint and made the Banks Power and other logos using my vinyl cutter and Parma uncut mask. The LRP paint is good stuff, and comes in a large 5 oz. can, so it goes a long way.

Ripping It Up With The Ripper
I strapped in a battery and took my updated Ripper Pro for a blast around the yard to see how it drives and it’s much better than it was before. Tekin’s FX-R Pro speed control is very smooth and had no trouble handling the brushed motors on the gearboxes. The suspension is very smooth and the truck is more stable because of it. AVC is a great choice for the rough stuff; my truck tracked pretty straight with ever pass. With the Rumble tires mounted, I was able to shave just over a half pound of weight from the truck and that made the truck feel more nimble and traction is awesome. When you combine the scale look of the Rumble tires and that Pro-Line F-250 body you get one great looking truck. Steering has been pretty much unchanged due to the powerful Hitec servo and elimination of the servo saver. There’s no more diffing and hooking thanks to the spool. Although the truck is better than before I have a few tweaks to make to get it right before the event that I will be running it at. It’s going to be a real contender.