From JConcepts:
The Warrior body by JConcepts features a design that has, frankly, gone a little mad. The design process was simple, throw out the conventional principals and center the design around a battle tested look, fit and finish. Specializing in combat, the Warrior is protected from the competition with a heavily wrapped roll-cage to provide strength in every direction. Eight, count them, eight individual front or side facing windows surround our invisible pilot providing unparalleled visibility.

The racers eye is drawn to the unique split front window, protecting the cockpit from the occasional aerial assault of lap traffic. The rear upper pods blend into the rear section of the body to start a ramping feature which tops-off at the rear body mounts. The side-pods are tall and with an additional scoop built on top to accommodate an assortment of different type of battery packs. The sides of the body shell fit the chassis like a glove and allows plenty of electrical clearance inside the shell.

The body is an experienced racer too, featuring a vent that may be trimmed by the user and opened on the front of the scoops and off the back of the cab providing air-intake or escape packages for the skilled and crafty driver. Fully committed, the Warrior body features cut lines for the Arrma Typhon or the TLR Tuned version. Window masks are included for all forward and side facing window panels and JConcepts decal sheet for authenticity and loyalty. Completely engaged, battle tested, and experienced – That’s the Warrior body by JConcepts. 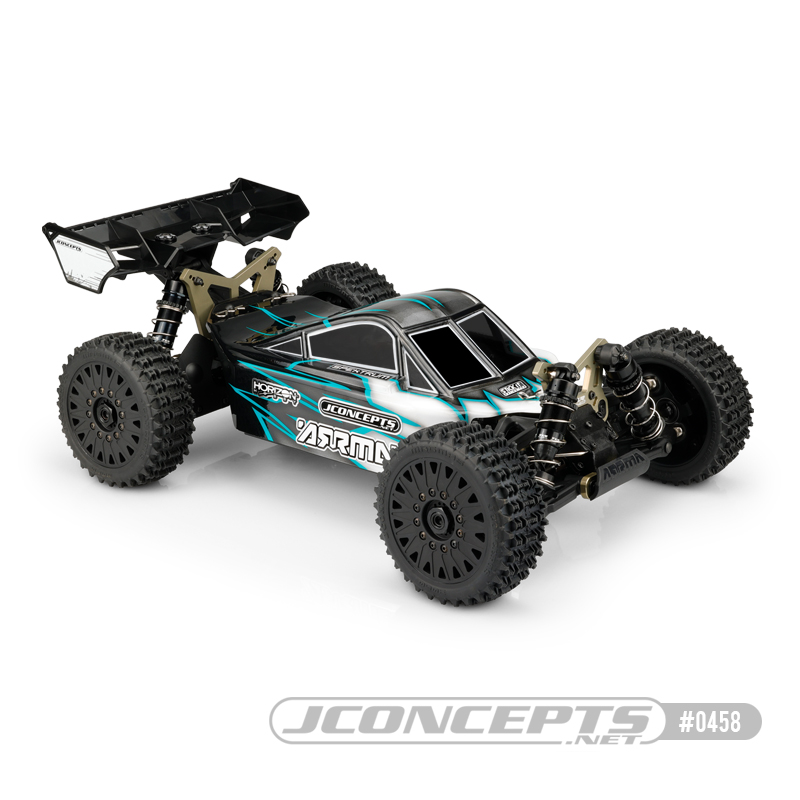 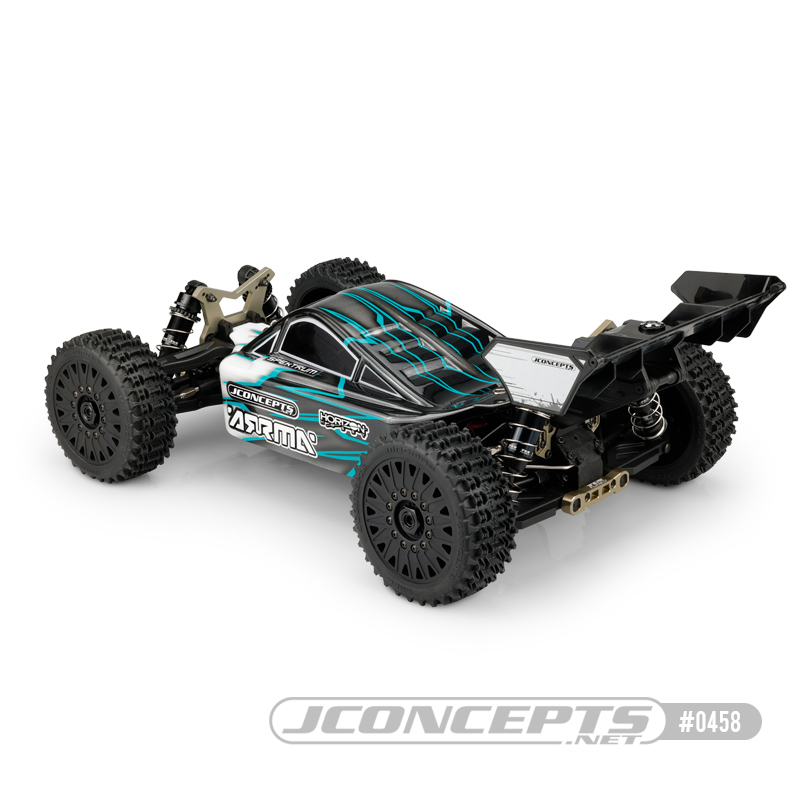 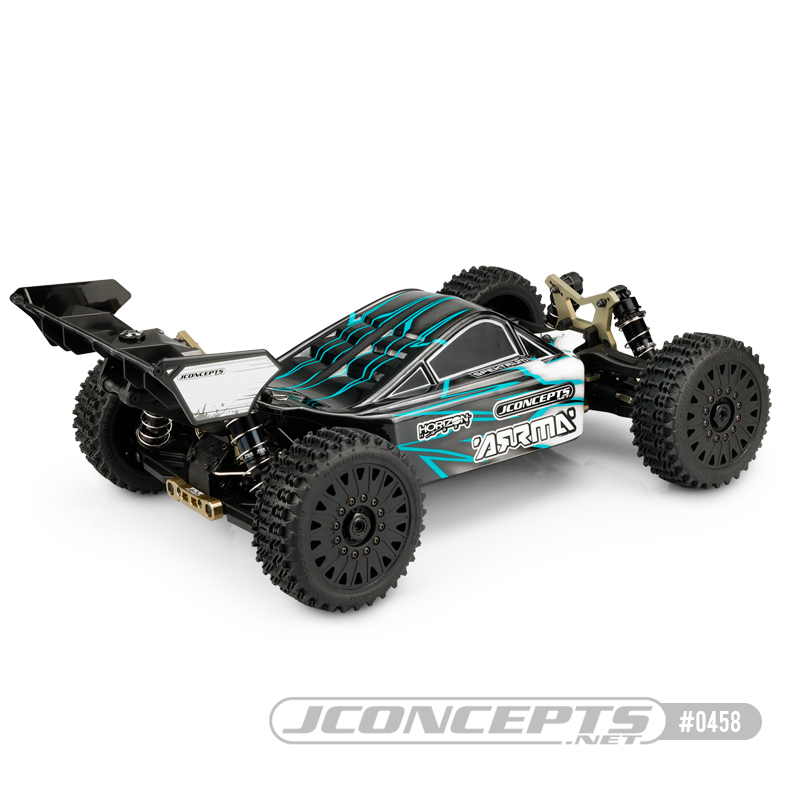 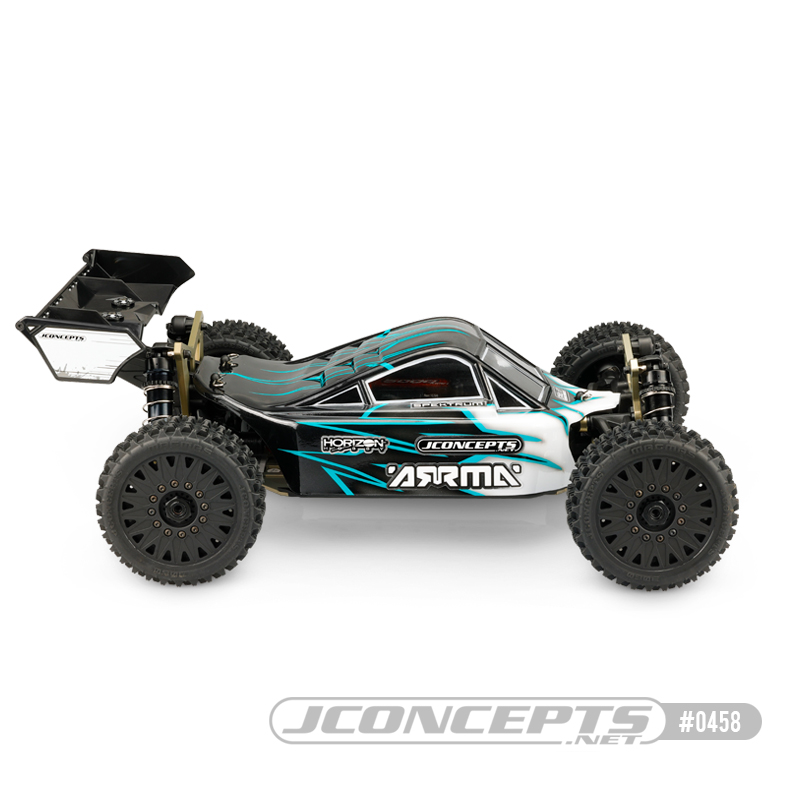