From JConcepts:
Team Associated decided to update the off-road line of vehicles in 1997. With the release of the IFMAR Worlds TQ RC10B3 and then the truck version, RC10T3, the team was well on the way to a brand-new off-road line-up. Pulling the trigger was easy, building a new resume was anything but, however, the RC10T3 1/10th Stadium truck, was successful, winning the 1998 ROAR National Championship, 1999 Florida Winter Championships and a 4x RC Car Action award winning vehicle, the T3 was a performer.

One of the most sought-after looks in the vintage RC community is the look of a stadium truck from the 1990’s and racers love the T3. JConcepts, with approval from Team Associated, have reintroduced the genuine RC10T3 body shell to the masses. This allows the faithful to recreate, rebuild and race with authentically styled bodies from the heyday of competitive stadium truck racing.

A lot of work went into making this project a reality and thankfully, Team Associated preserved the iconic mold from the 1997 calendar year. JConcepts was able to restore the older generation construction and with a blend of today’s materials, the RC10T3 body is back out on the market. Everyone knows the iconic RC10T styles, the front hood-scoop which is forged over the front shock geometry along with dead-panned front headlights and grille.

The neutral cab design with built-in number plates and roll-bar stand-out which enthusiasts know as Team Associated stadium trucks. The T3 body shape was overall much softer than the previous generations which was more durable and fit well into the 90’s racing scene. The lengthy rear spoiler provided some much-needed rear downforce for slippery race conditions.

Each package includes window mask, and clear polycarbonate body with rear spoiler (no decal sheet included). The product is always backed by JConcepts customer service, supported and developed by professionals with style and authenticity. 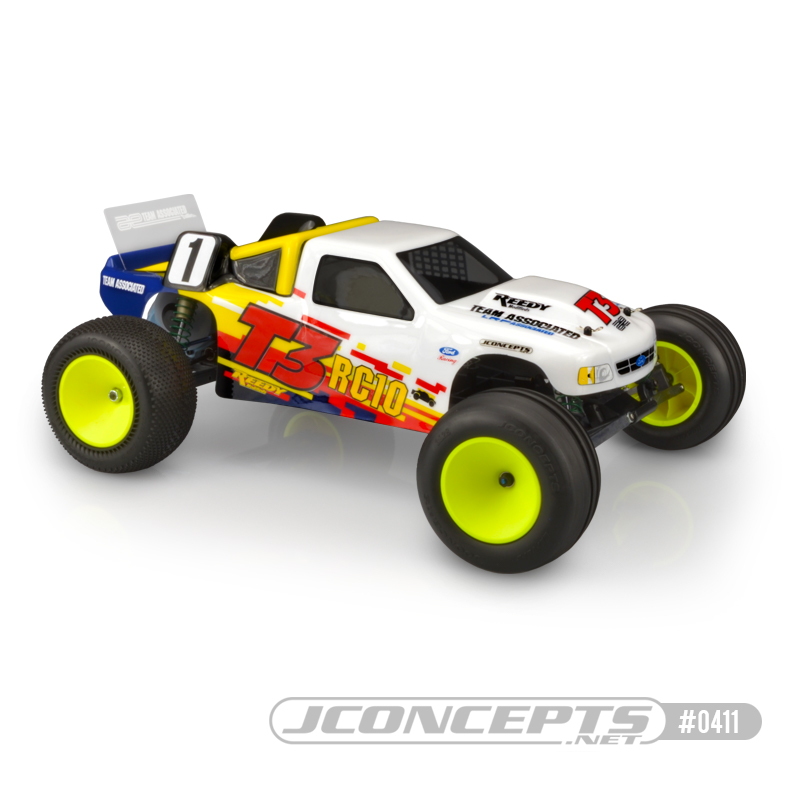 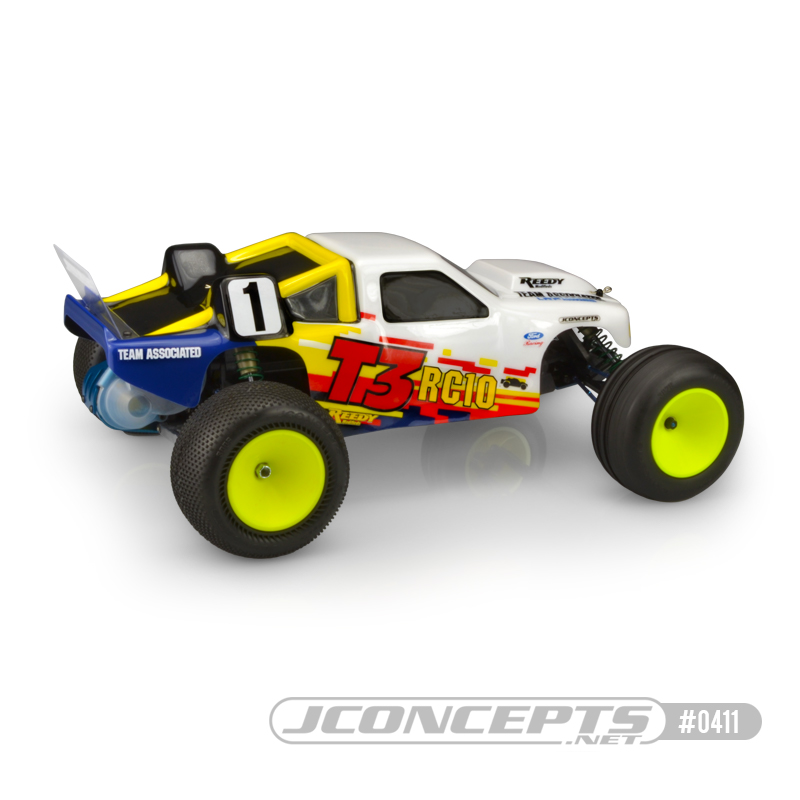 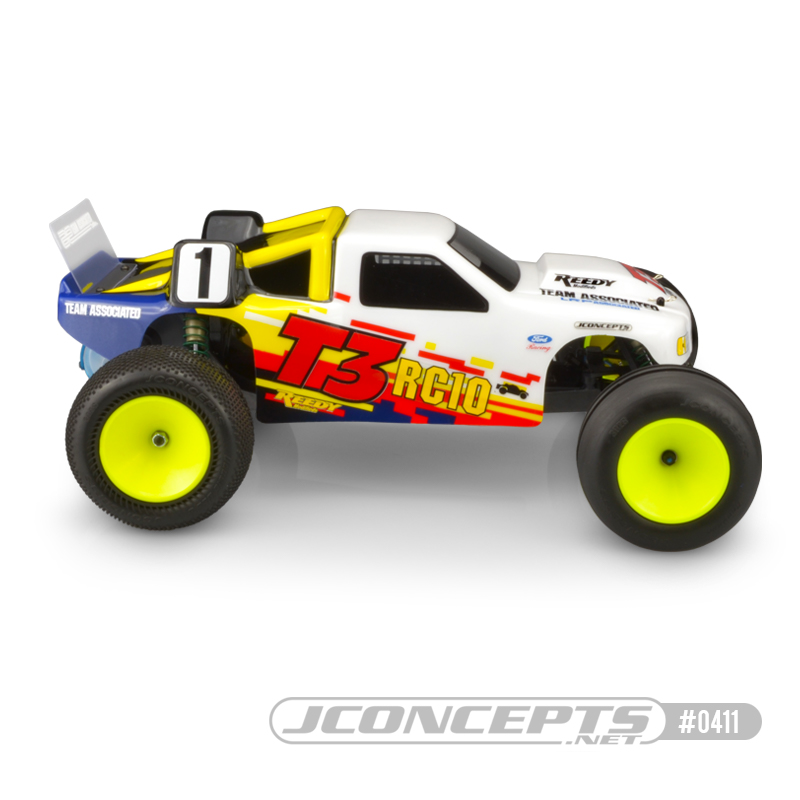