From JConcepts:
In February of 1995 a new stadium truck debuted during the Winter Championships at Lake Park in Lutz, FL. Rick Hohwart took the TQ with a brand-new RC10T2 stadium truck and the finishing podium also featured JConcepts’ own Jason Ruona in the 2nd place position. Brian Kinwald was crushing it, winning the ROAR Truck National Championship during that year and Matt Francis was debuting a Team Associated RC10B2 to the world at the IFMAR Worlds at Yatabe Arena in Tsukuba, Japan. In the movie theater, it was Toy Story breaking all the records while Gangsters Paradise was the hottest song on the billboard charts.

On the racetrack, the stadium truck class was the most emerging class in racing, ROAR’s National Championship was held at the famous SCORE track in Savannah, GA. To honor of the golden age of stadium truck racing, JConcepts unveils a 1995 Ford F-150 stadium truck body for the RC10T2. The RC10T2 has very little body options available and JConcepts took on a passion project to deliver a body to a vintage community thirsty for a fresh reboot.

The JConcepts body is narrow and sits close against the chassis to give racers the Team look popular in the 90’s. The styling is completely modeled after the most popular full-size truck of that era, the 1995 Ford F-150. The entire body shape has been chiseled, incorporating styling cues from the 1:1 truck including wheel well shapes, door lines, window outlines and rear tailgate. The front-end sits just behind the front bumper while the headlight and grille area look strikingly stock and with included decal sheet, looks like its street truck counterpart.

The RC10T2 body is molded in a durable gauge material and includes rear spoiler, mounting hardware and decal sheet to completely outfit a vintage ride. When it comes to topping off a high-end race vehicle of the past or present, JConcepts has you covered, World Proven Innovation and Design. 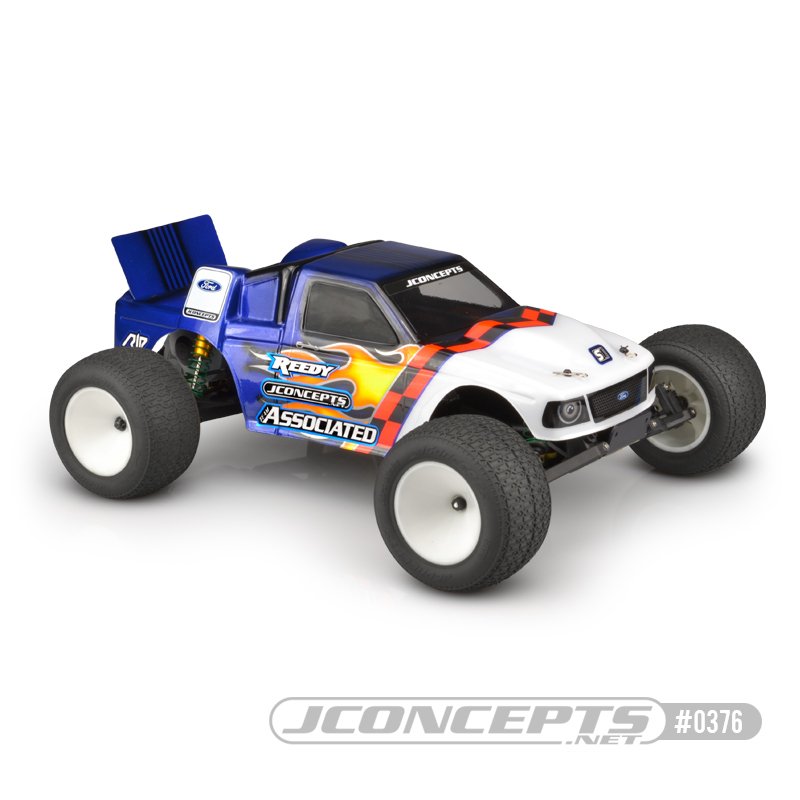 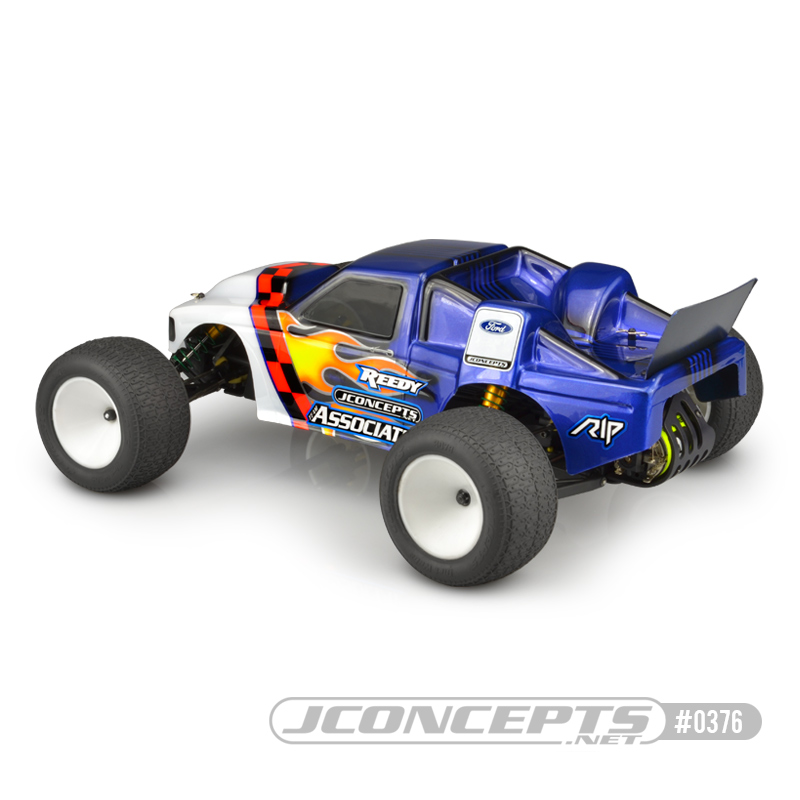 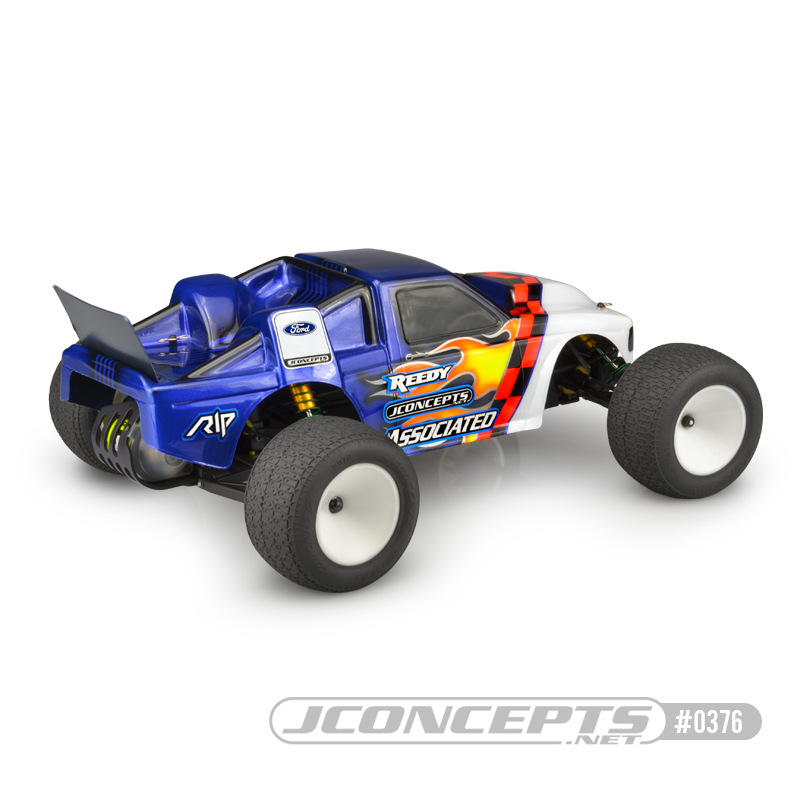 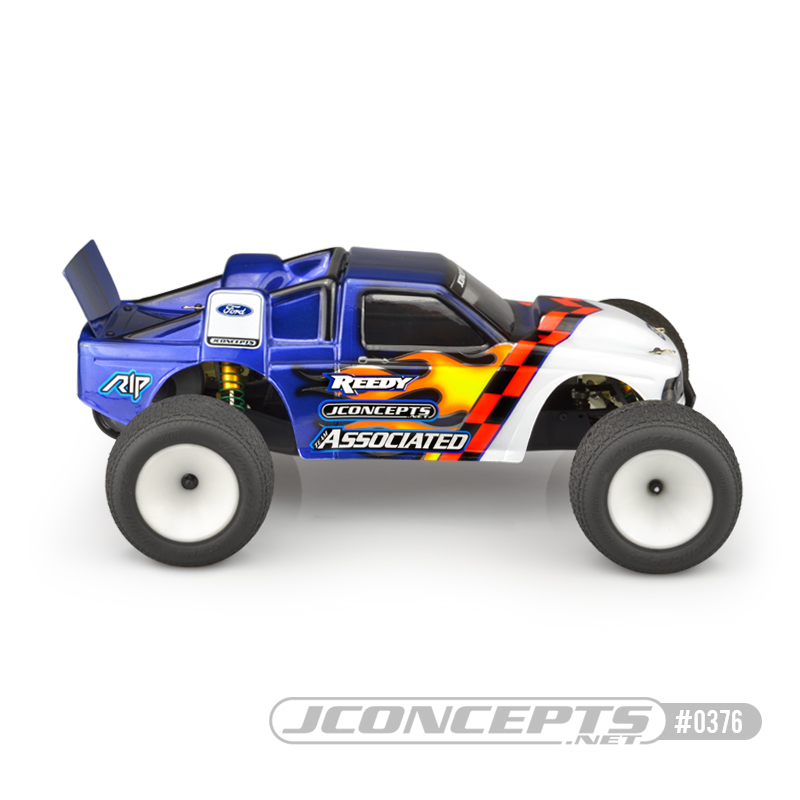