The year was 1963. A 13-year-old boy named Dan McCumber saved his allowance to purchase his first radio control vehicle. It was a Sig Cadet trainer plane. He spent the entire winter slowly building it, eagerly waiting for springtime to get it airborne. The initial flight was short lived, just a few minutes. All those months’ worth of building gone, but from that wreckage came a passion for RC vehicles that has lasted a lifetime.

Welcome to Dan’s RC Hobby House in Waverly, Iowa. Dan opened his doors in 1984, and his shop has been serving hobby grade enthusiasts ever since. Dan began by selling RC planes, boats and model rockets. In the years since his first brush with RC, his radio control expertise has expanded to just about anything you can think of including RC cars.
The first car he sold was a buggy called the Land and Jump from Hobby Shack. Never heard of it? We’re not surprised; Dan’s shop is one of the early pioneers of RC. From there, he added well-known brands such as Tamiya, Team Associated and Traxxas to his store. At the time, nitro powered models were all the rage for their speed.

In the early 1990s Dan began selling helicopters and later drones. Over the years Dan has watched this hobby take off in new directions and with it, he continues to provide the area with the latest and greatest products. Nowadays Dan’s RC Hobby House has grown to be one of the largest Traxxas dealerships in the Midwest! 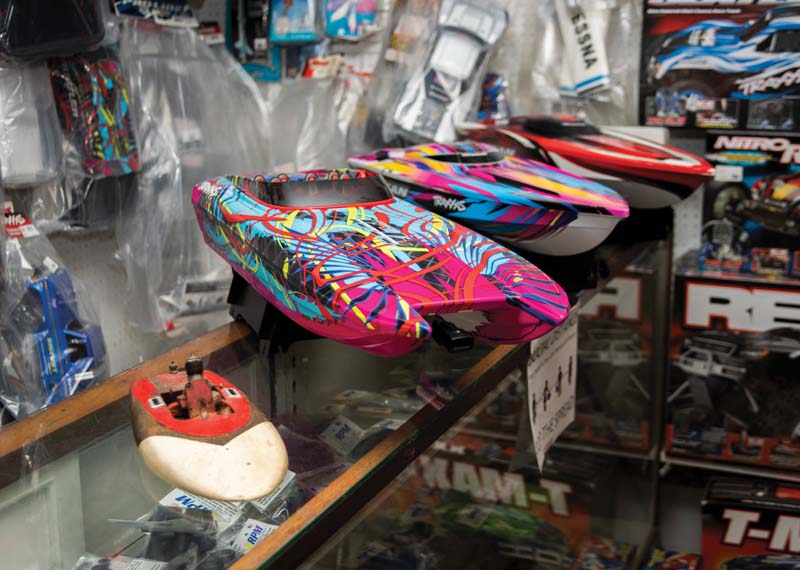 One of Dan’s favorite parts of the hobby includes the local 4th of July parade. Thousands of children and adults line the streets for the spectacle that Dan’s family and friends put on. Launching RCs off drivable ramps as the parade weaves through town. Flying drones to record the fun and delivering candy to children from RC trucks are some of the perks of running his hobby shop. When you’re in the area, we encourage you to stop by and visit Dan and his shop. 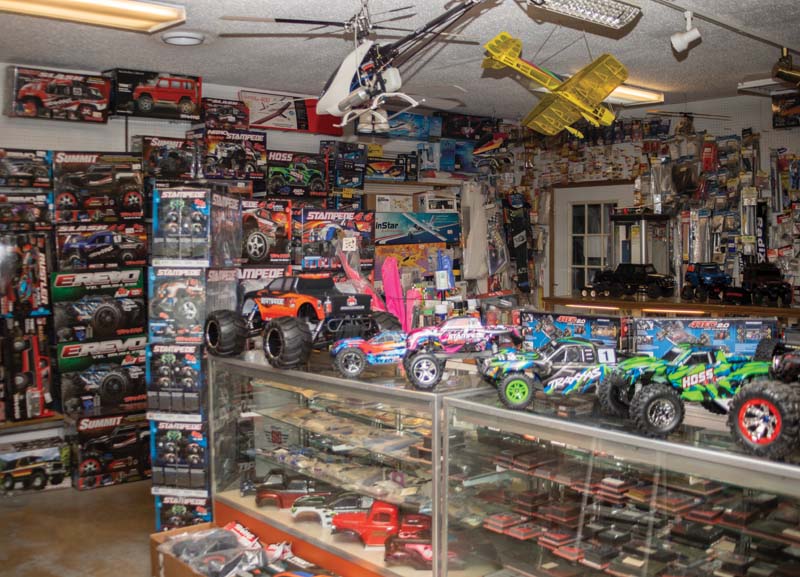