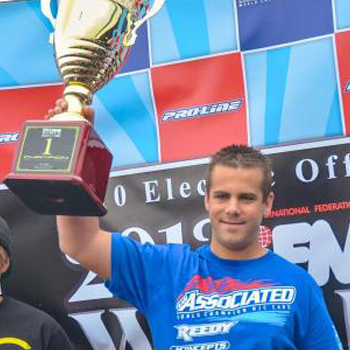 The best drivers from all over the world will make their way to Yatabe Arena, Japan for the 2015 IFMAR Electric Off-Road Worlds. This is the most prestigious event for electric off-road racing and the best pros from around the globe will be competing for the coveted win. However, this worlds will be throwing in some extra challenges that will favor some and hinder others. This is no ordinary track, and with the announcement that it will be held on astro-turf, many drivers and factory teams are scrambling to prepare. But, there are always favorites and a combination of skill, talent, equipment and some good ‘ol luck will be needed to make it to the top. Here’s my take on who will rise up to the occasion. 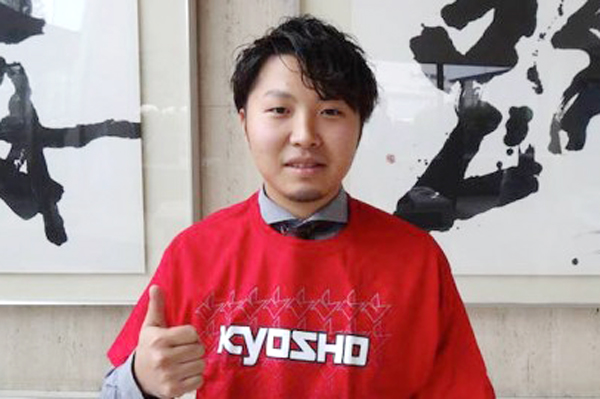 My Pick to Win: Naoto Matsukura- Kyosho
The Japanese phenom is no longer a youngster with raw speed, but is now considered a veteran and has World Championships on his resume to help guide him through the nerves and pressures associated. His approach is polished and his consistency has improved. Unfortunately, his wins have been in on-road for 1/12-scale pan car and 1/10-scale electric touring car, but this doesn’t mean he isn’t able to adapt his skills to the air and he came within a hair of winning the last 4WD World Championships in 2013 when he crashed and broke just a handful of turns from the finish. He’ll also have to work on the Kyosho RB6, but has others like current World Champ Jared Tebo as a teammate. With Yatabe Arena his home track and an impressive group of support to help him, he should be able to strike a balance and move to the front. He’ll TQ, but will have to work for the win. Overall he’s my pick and the one I’d take odds on. Photo: Kyosho 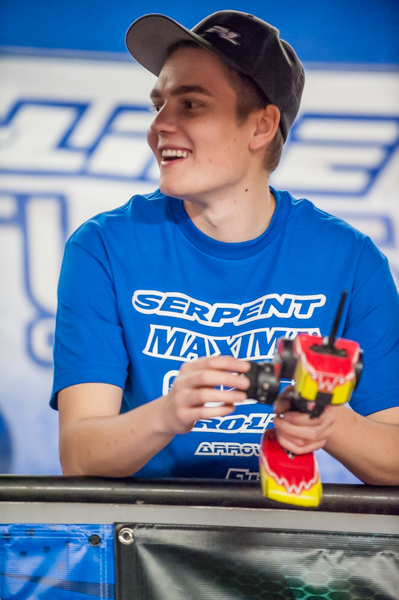 Jorn Neumann- Serpent
The German ace is right at home on the magic carpet ride and he has results to back up his aggressive style, but his real talents tend to favor 4WD. His recent switch to Serpent and his experience with the vehicle may be uncertain contributing to a package that is a bit incomplete to win at this level. He’ll make his presence known, but a win? Outside chance. 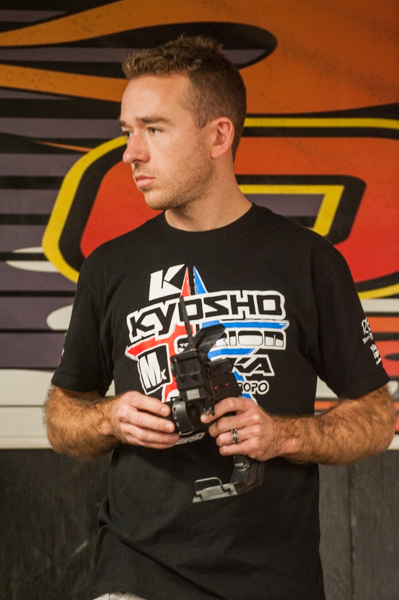 Jared Tebo- Kyosho
The current 2WD buggy World Champion is comfortable with the high pressures associated with winning, but his RB6 may be too unknown on this sort of surface and his experience and style may be better suited to dirt- or sugar. He will be able to lean on Japanese driver Naoto Matsukura for some ideas, but applying them may be harder in practice. 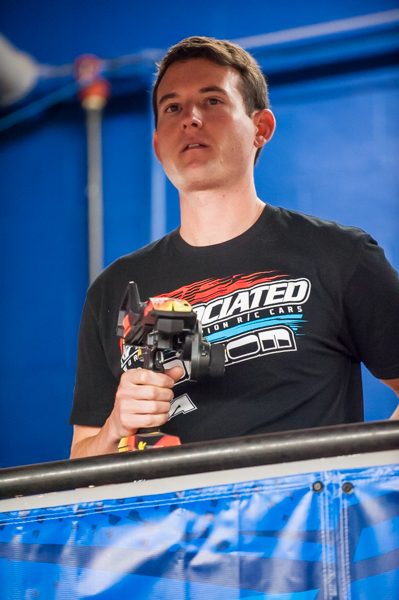 Ryan Cavalieri- Team Associated
Cav can be counted on to always be in the mix, but whether the Team Associated camp can help him find the needed set up for the conditions is uncertain. He can adapt, has unshakeable nerves and his confidence borders on reckless arrogance- the perfect combination for winning. He’ll find his way, he always does, but there are just too many variables for Cav to overcome. I’d put him somewhere on the podium and he’ll probably take one of the three mains. 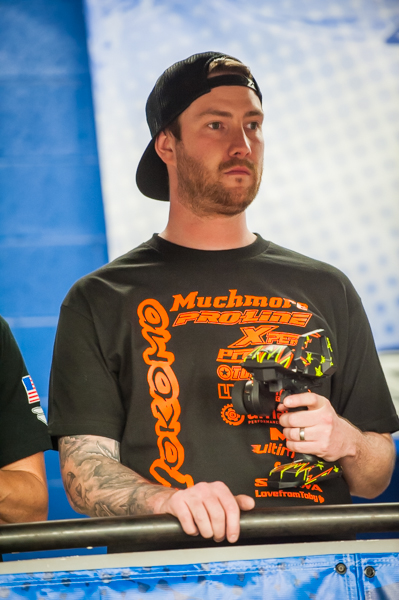 Lee Martin- Yokomo
The British pilot has been focusing his energy on this event and has opted out of many international races that don’t relate in order to better prepare. The Yokomo YZ-2 buggy he drives is already showing its potential and it was purpose built for these conditions. He’s got the equipment, skills and team to back him up, but even with all of this it may not be enough. I’d say he’s a sure bet, but with some of the other drivers with more World Championship results and a lightning fast Matsukura in attendance, I’m going to have to capitulate. 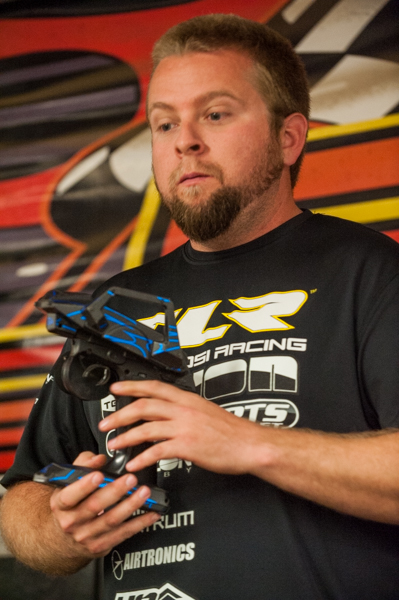 Ryan Maifield- TLR
The American from Arizona has been on a roll lately and has been gaining a lot of momentum by winning some pretty prestigious events including the Reedy Race of Champions. Mailfield is due for the win that has eluded him throughout his career and has the confidence and talent to make it happen, but may lack the equipment and experience on astro-turf to go any higher.

4WD BUGGY
My Pick to Win: Ryan Cavalieri- Team Associated
There’s only one thing that puts Cav on the top of this list, gut feeling. His B44.3 will be equipped with gear diffs and in his hands a real killer, but is it the most state of the art? Most, including myself would say that there are better choices for the conditions, notably it’s durability. There are rumors that the Team Associated camp may bring another buggy for Cav to pilot for the event, and there are other drivers with more raw speed and more experience on the surface. But, these issues have never kept Cav from winning before. Ask anyone who has witnessed him at a big event, and you’d swear he was born with some sort of magical rabbit’s foot somewhere in his body. His luck is unnatural, and it’s a key component that can’t be ignored no matter how many left-brained engineers fight to erase it from the list of factors. He’ll struggle, he may bobble, but he’ll win and the YouTube highlight reel will go viral.

Jorn Neumann- Serpent
Neumann was build for this event. He’s pure magic on astro-turf and his 4WD buggy skills are respected by even the most skeptical, but the time needed and set up suited for this event may be too much of a stretch.

Jared Tebo- Kyosho
Tebo will be trying to find a comfort level on the high grip surface. He’s driven on it, but doesn’t eat, sleep and live for the conditions and that’s what it will take. Like 2WD, he will have his teammate Matsukura and this could help him out if he can use it. Like all elite drivers, they need to believe in themselves and have the confidence to find their own way- not playing catch up behind someone else. So his stubbornness that is essential for winning may just hold him back.

Ryan Maifield- TLR
The 22-4 isn’t really designed for the conditions and the hurdle of incorporating features like gear diffs may be a technological hurdle the engineers will have to deal with. In this case, there probably isn’t enough time and too much scrambling never has good results.

Naoto Matsukura- Kyosho
Matsukura will be in the mix again here, but with so much energy devoted to 2WD, he may not have the killer quality- essential for winning. His style is also better suited for 2WD and overdriving will probably be his undoing. Oh he will be hold-on-to-your-pants fast, but mistakes may haunt him in the class. 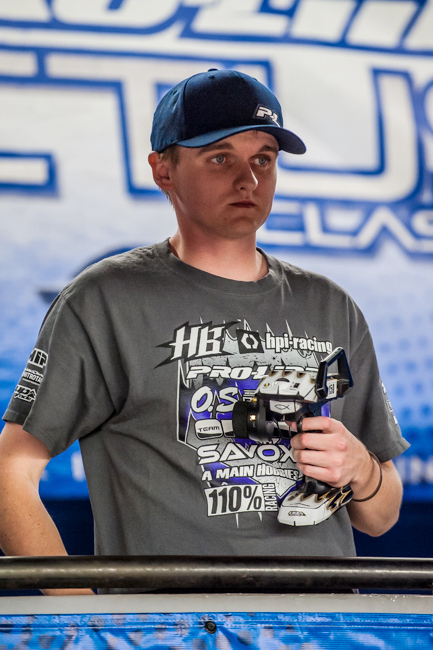 Ty Tessmann- HB/HPI Racing
Like other factory drivers in North America, astro-turf is just too far away from their comfort zone and the HB D413 he drives has seen mostly dirt. The Tessmann team will be prepared, as best they can, but the buggy is the big question mark and too many unknowns are on his list that may be too hard to check off. No doubt he’ll show signs of brilliance, but the consistency and speed needed will be at a level that is tough to attain without more established weapons in the talented driver’s arsenal. 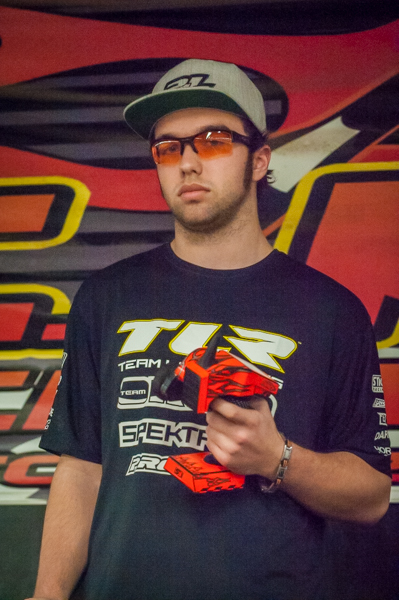 Dakotah Phend- TLR
Like Maifield, the real issue is whether the TLR camp can provide the necessary 22-4 buggy to move to the front and stay there. I’m sure his support team and engineers will come with prototype parts and interesting design theories to help him, but with years of testing and development, making all the stars line up may be just too hard to accomplish.

What About Steven Hartson, the 2013 IFMAR 4WD World Champion? 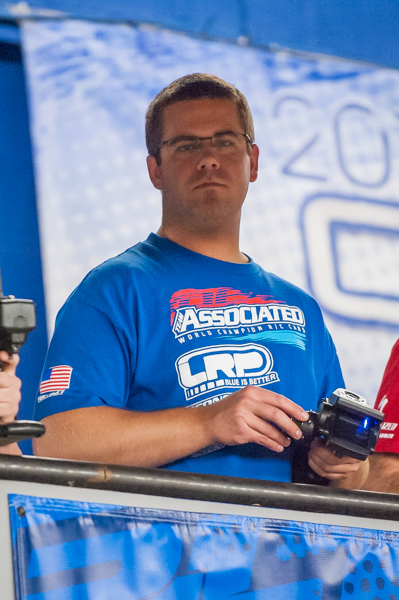 Steven Hartson- Team Associated
Steven came from behind in the 2013 IFMAR World Championships and had a string of luck that won him the 4WD crown, but the chances of that repeating along with his inexperience on astro-turf will be unlikely. Sure at times he can beat anyone on the planet, but in a foreign land and in a situation that is far from his beloved OCRC Raceway in Huntington Beach, California, the odds are just too stacked against him to defend his title.

FINAL WORD
I’m not going to condone betting, but if you live in a place like Vegas, I’d start placing some wagers. RC Car Action will be at the event and we will be covering all the action, stories and personalities surrounding it and I can’t wait to be trackside as it unfolds. Stay tuned, it’s going to be fun.