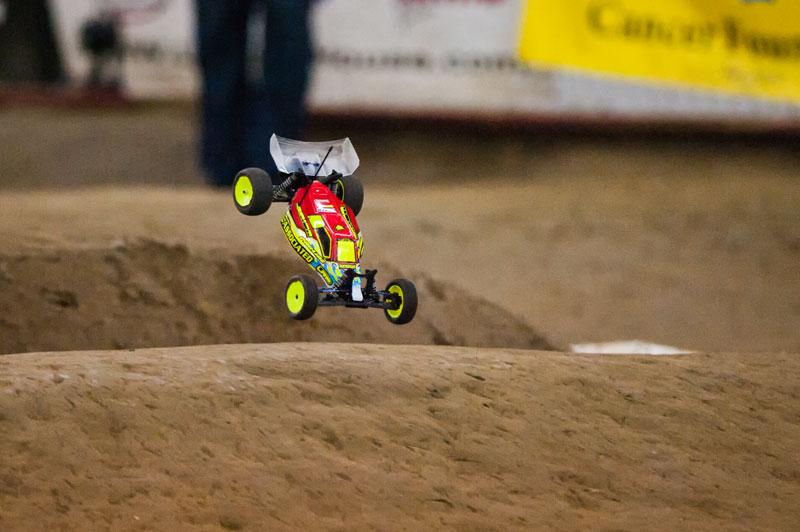 Ryan Cavalieri continues his winning ways in 2011. Ryan recently took the win at Round #2 of the TLR Supercross Series held at West Coast R/C Raceway in La Mirada, CA. Ryan took the win in 2WD Modified Buggy with his Team Associated B4.1. Ryan did not race in the 4WD Buggy class.

Just last week Team Associated’s Ryan Cavalieri started out the year with a double victory at the TLR Supercross Series at West Coast R/C Raceway & Hobby Garage in La Mirada, CA. The second round of the series is now in the books and again Cavalieri and his Factory Team B4.1 came out on top of the 2wd Modified class (opting not to compete in the 4wd class).

With last week’s runner up Mike Truhe out of town, Dustin Evans came looking to challenge Cavalieri for the victory. But a track record qualifying effort from Cavalieri ensured he started first on the “supercross” grid and with a good jump off the line Cavalieri lead from start to finish.

Up next for Cavalieri, he travels to Jeffersonville, OH where he will join team mates Ryan Maifield, Steven Hartson, Brent Thielke, Chad Due and others at the historic 24th Annual CRCRC Winter Midwest Championship Electric Championships.