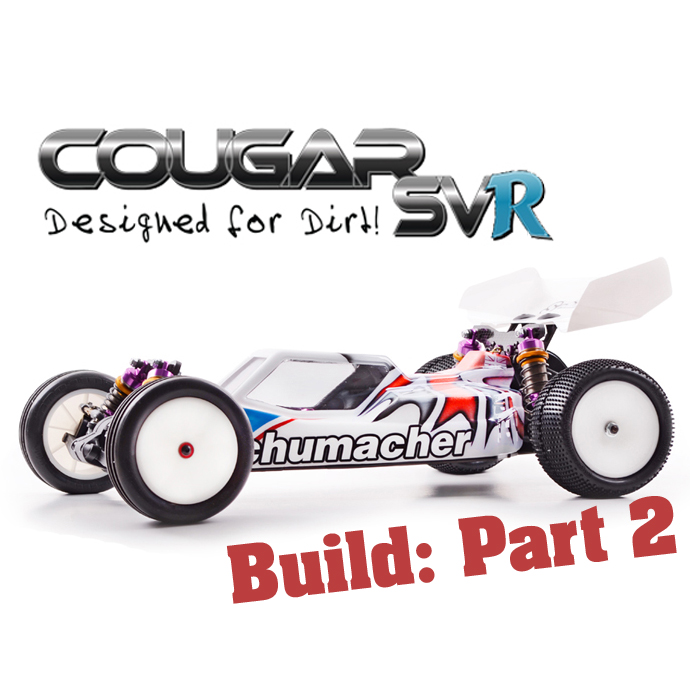 At last, the long awaited Part 2 of our Schumacher Cougar SVR build. My apologies in the delay but I got a little… ok WAY ahead of myself and build the whole thing. Honestly after Part 1 it started going together so quickly that before I knew it I was closing the manual. In Part 1 we put the basic structure of the chassis together as well as the steering rack. Now we’ll be adding the front suspension and building the transmission. Some pretty cool little designs in here so without further delay, I give you Part 2. 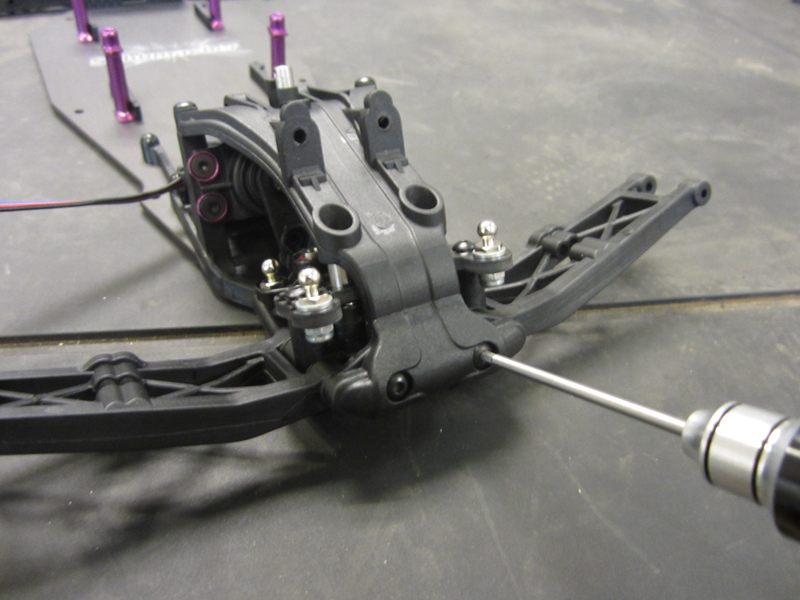 First things first, a set of all new longer front arms are held in place by the front hinge pin brace. The screws in the brace should be tightened evenly and then backed out a little bit to let the arms move freely. The arms themselves are new for the SVR kit; they’re longer to drop the roll center down and give the buggy more high speed steering. 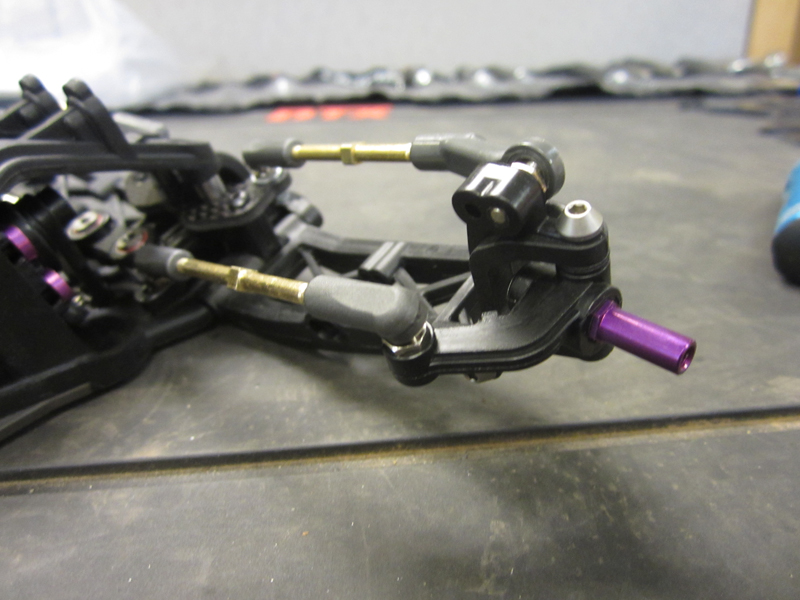 Anyone that knows me knows I HATE building turnbuckles but Schumacher made this as painless as possible by including a 2nd turnbuckle wrench. With one on the linkage and one holding the ball cup, things went together very quickly. Notice the offset cup on the camber link. this allows the linkage to be in front of shocks yet reach in to the center of the arm to hold the caster block. Also, check out those beefy kingpins; rather than have them held in place with e-clips that can fall off during a race, these pins are threaded into the block. Finally the axles use a low profile screw to hold the front wheels in place rather than a lock-nut. 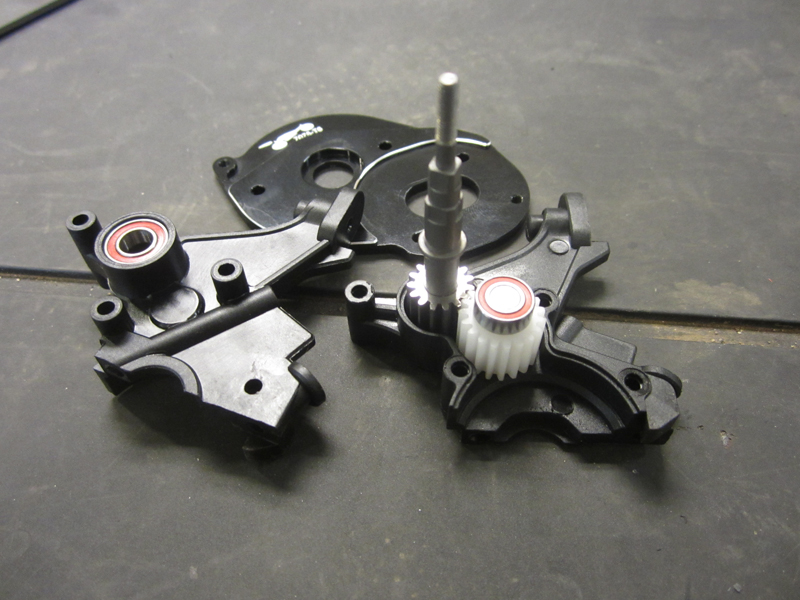 The lower half of the transmission was mounted to the chassis in the last part of the build so now we’ll focus on the upper half. A molded case houses the top shaft, idler gear and motor plate. This entire assembly then mounts via four screws to the lower half (with the diff installed) to complete the transmission. This is a great design because it allows quick access to the diff for rebuilds; simple remove the four screws and the entire transmission moves out of the way. A 7075 aluminum motor mount draws heat away from the motor to keep things cool. 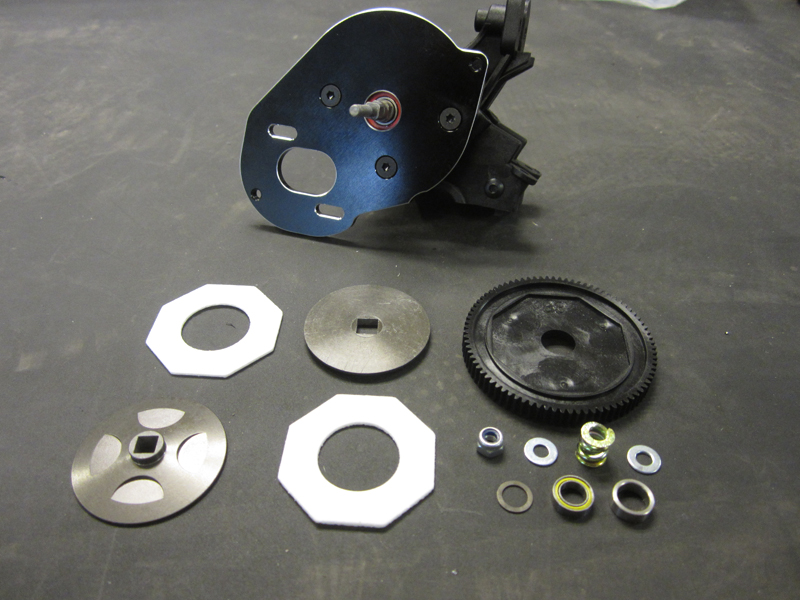 With the upper half of the tranny put together, it’s time to build the slipper clutch. The clutch itself incorporates a pair of hex shaped pads that are made of a high temp material so they’ll last a long time. Other than that it’s pretty standard stuff for slipper parts. 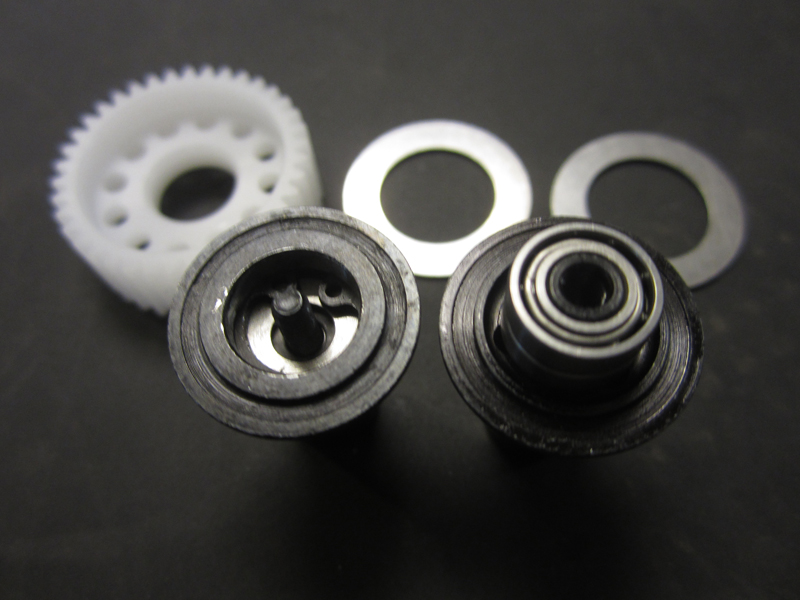 The differential is up next. Did you know that Schumacher invented the ball diff for RC cars? Yep! This diff has some interesting design features to it. Rather than using a screw and thrust bearing assembly in one outdrive and a locking nut in the other, Schumacher uses a C-clip to hold the thrust bearing in place allowing the screw to be removed while keeping the bearing secured in the outdrive. No more lost ball bearings here! 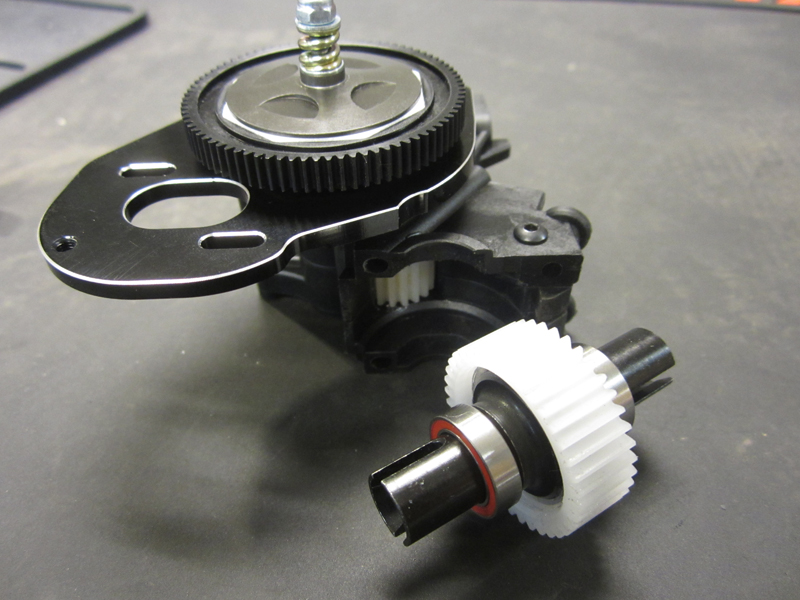 Now we’ll install the diff into the lower transmission half and mount the upper half to the buggy to complete the drivetrain. 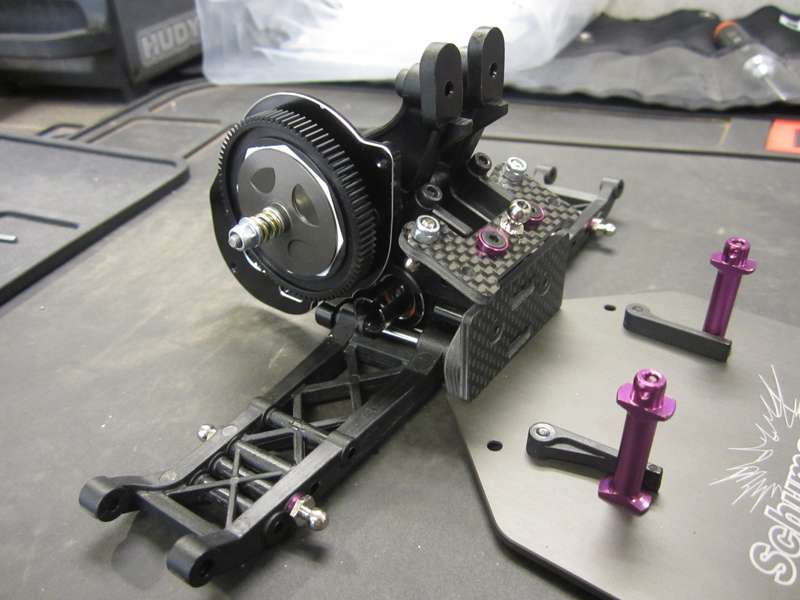 And there she is! The transmission housing plays double duty as the rear shock tower mount. Although this buggy is rear motor vs. the mid motor layout of the SV2, the buggies share the same suspended shock tower design; at quick glance it looks as if its just sitting there not attached to anything. Just a cool little thing about the car I noticed. 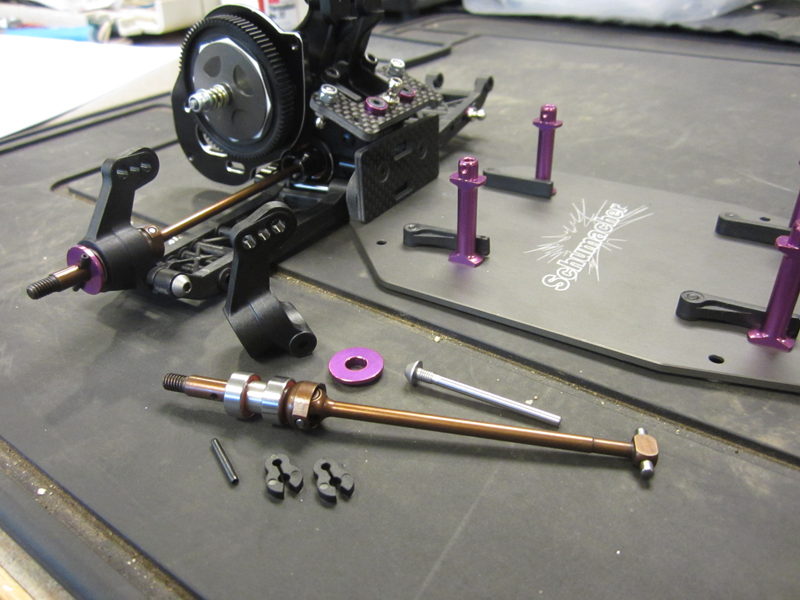 The CV’s are made of a super strong spring steel type of alloy to handle any amount of power you attempt to put down. They come pre-assembled to save time on the bench; simply install your bearings, slide them into the hubs and put drive pins in place and your done. Urgh well that is until you need to assemble two more of those dreaded hingepins… oh wait! 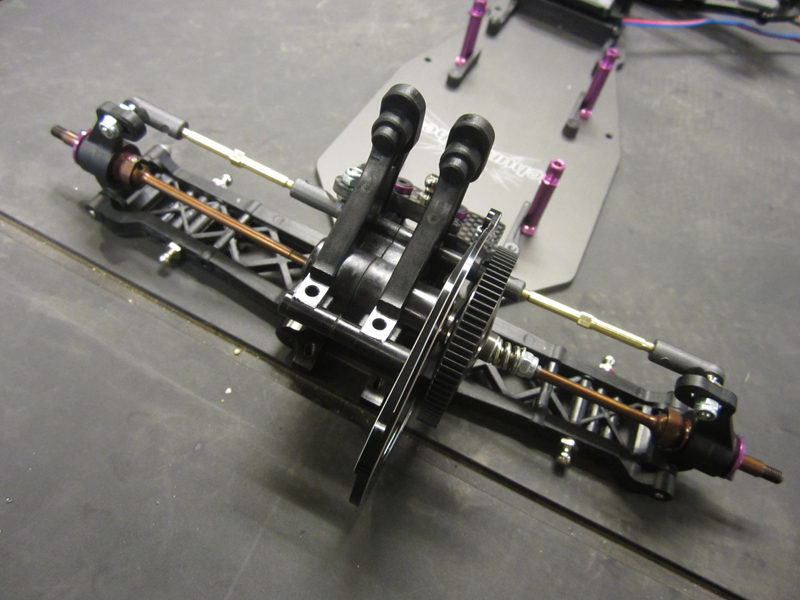 Ya I just remembered that whole second turnbuckle tool thing. I was done building the rear end in a matter of minutes. With the suspension components in place, it’s on to shock towers, shocks and finishing touches…

…which we’ll save for next time. The buggy is coming along pretty smoothly and I’m honestly pretty impressed at how fast it goes together. I’ve built a lot buggies in my life and for about an hour’s worth of time, stopping for photos included, I’m pretty much done with all the big stuff. The transmission features CNC machined gears that mesh very smoothly and the entire assembly spins very freely. The suspension tolerances were a little on the tight side but with a little extra attention they move nice and free as well. I have to admit that for a vehicle with an alloy chassis I thought by now in the build the car would be a lead sled but it really don’t feel any heavier than if it were made of graphite.

Well until next week we’ll leave you off here. The body came in and looks KILLER!!! Larry Genova of Kustom RC Graphix did an awesome job, I can’t wait to show you guys the finished product. Until then, go build something!