The year was 2009 when, while watching Monster Jam, a young Drue first saw a commercial for Traxxas’ Grave Digger. He bugged his family for it every year at Christmas with no luck. Traxxas and Monster Jam parted ways but when Traxxas released the Skully he was taken with it and his quest was renewed. It was his grandparents came to the rescue and got him his Skully—his first real Monster Truck and from there he was hooked! In the 3+ years since he has expanded his collection to several more monsters, including this customized Redcat Racing Ground Pounder. When he’s old enough he plans to go into the welding trade to work on full-scale monster trucks, but that will be a few years, as Drue is still just 15 years old! 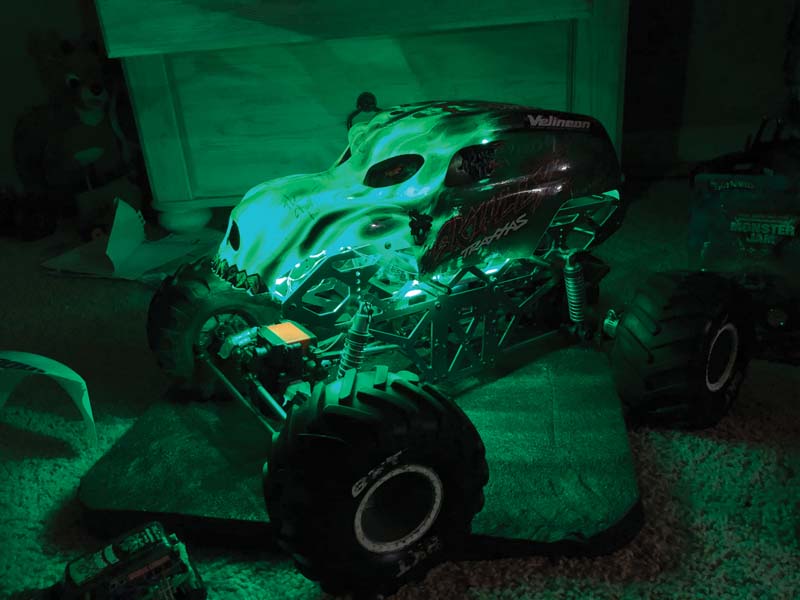 BASED ON A REDCAT RACING GROUND POUNDER