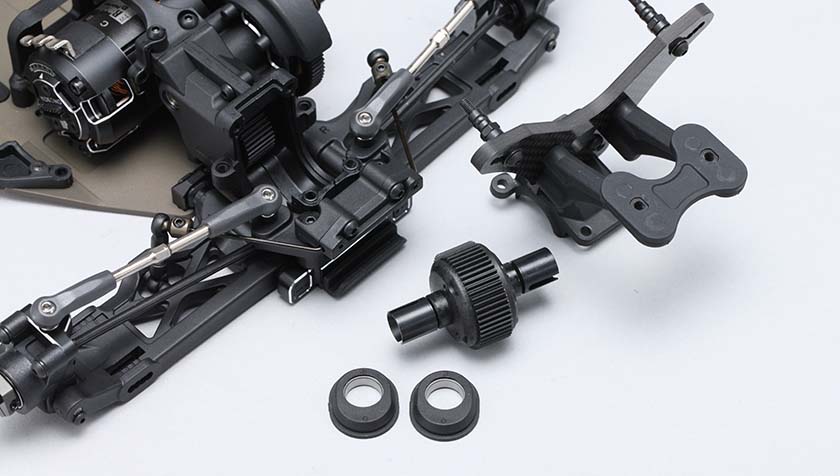 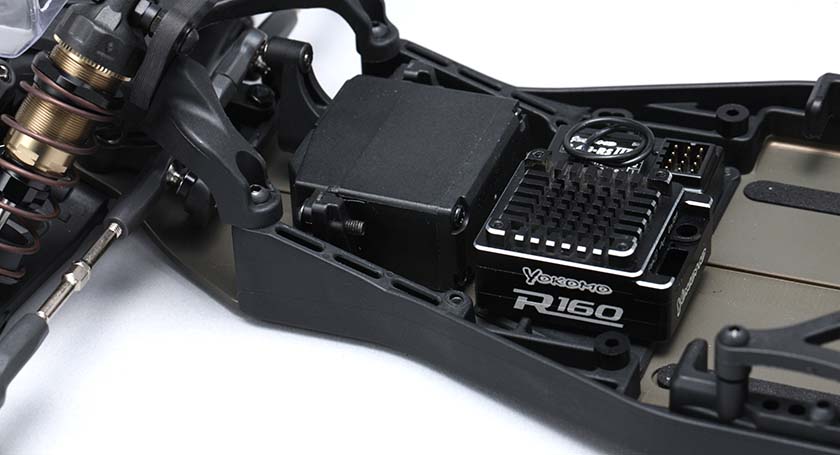 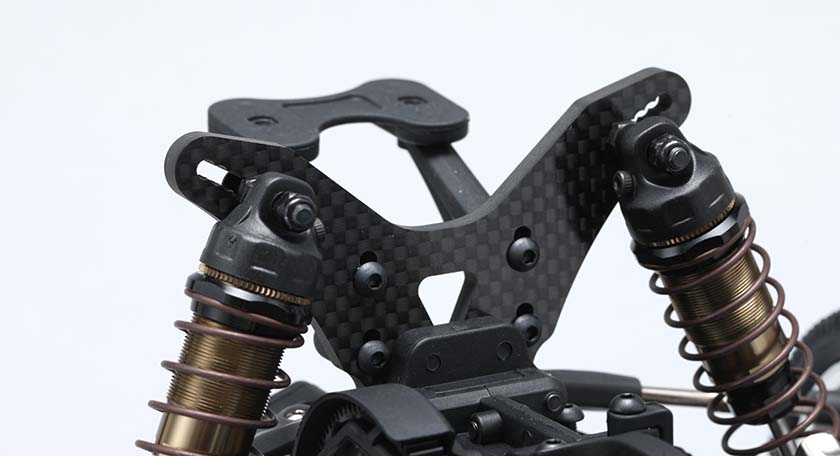 From Team Yokomo:
The YZ-2, which has been well received by many users for its high-dimensional total balance, such as high running performance, precision and supply of parts, and good maintainability, has evolved further! YZ-2DTM3.1 / CAL3.1 will be upgraded to new specifications.

With the goal of improving stability in response to speeding up with power sources that are intensifying year by year, the time has been improved by lengthening the chassis, changing the wheelbase in the steering hub carrier, and changing the rigidity balance by reviewing the front and rear parts configuration. We have achieved a total balance that leads to.

The suspension has also been changed to the latest configuration, such as changing to a 3mm shock shaft, and it has been upgraded to a responsive suspension. It is already a model change in anticipation of the 2022 race season, and from the main chassis to the suspension parts, we have achieved a significant evolution that can not fit in the frame of version upgrade.

The steering hub carrier has been newly designed, and the kingpin position of the steering block has been moved forward by 1 mm. The wheelbase and alignment have been changed to further enhance the sense of stability.

While inheriting the chassis rigidity design that matches the driving conditions of the dirt specification (DTM) and carpet specification (CAL), the long wheelbase has improved stable driving performance and cornering speed.

The bulkhead mount and side plate, which were previously separate parts, are integrated. By increasing the rigidity of the front section, the sense of stability for steering operation has dramatically increased.

On the other hand, around the rear, the rear mount base and upper arm mount, which were conventionally integrated, are separated to promote the flexibility of the rear and enhance traction.

Maintainability is also improved by making the upper arm mount a separate part. You can access the differential simply by removing the shock and the four screws, making maintenance and setting changes easier.

The battery holder has also been newly designed, and the mounting method has been reviewed to increase rigidity. By turning the holder over, you can easily adjust from 1 cell size to the thickness of a normal short Li-po battery.

The rear shock tower has been changed to the latest specifications that allow you to select from 5 mounting positions on the upper side of the damper.

DTM3.1 comes with two types of gearboxes, LC and LD, which can be used according to the road surface conditions.

Front and rear stabilizers are standard equipment on CAL3.1. The roll is controlled on a high-grip road surface, enabling light cornering. 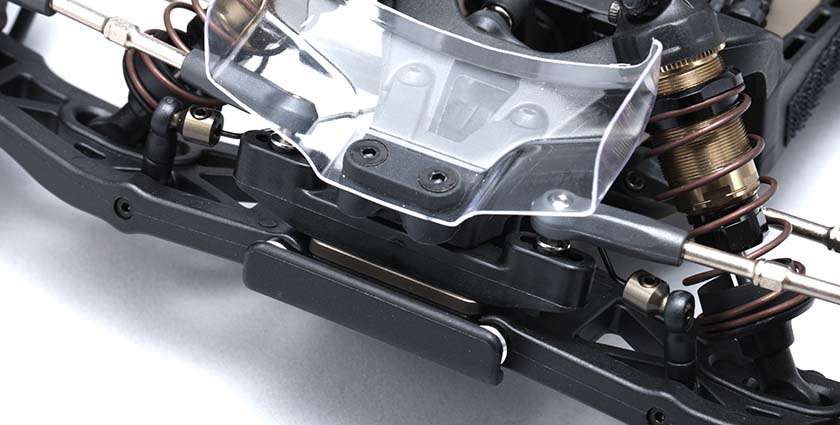 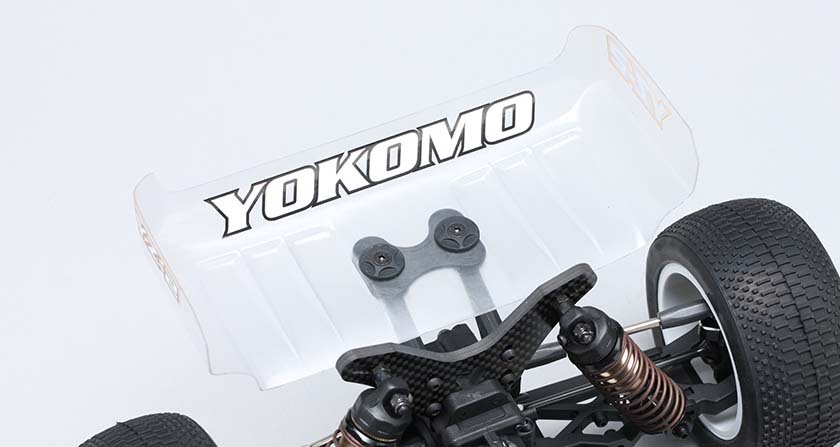 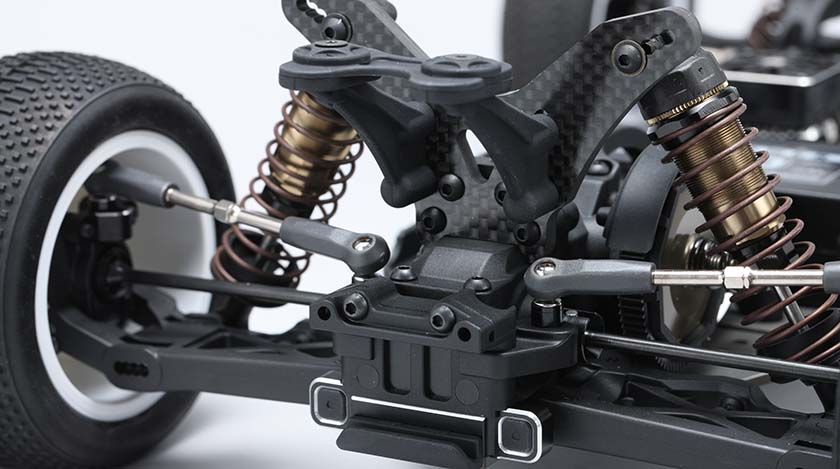 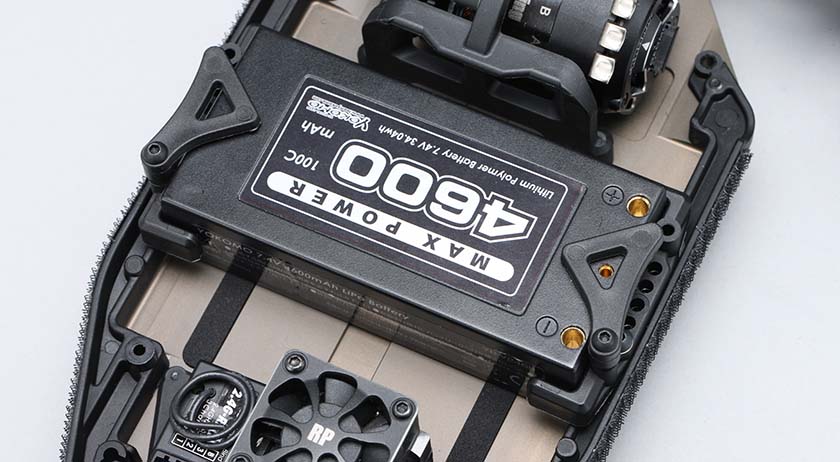 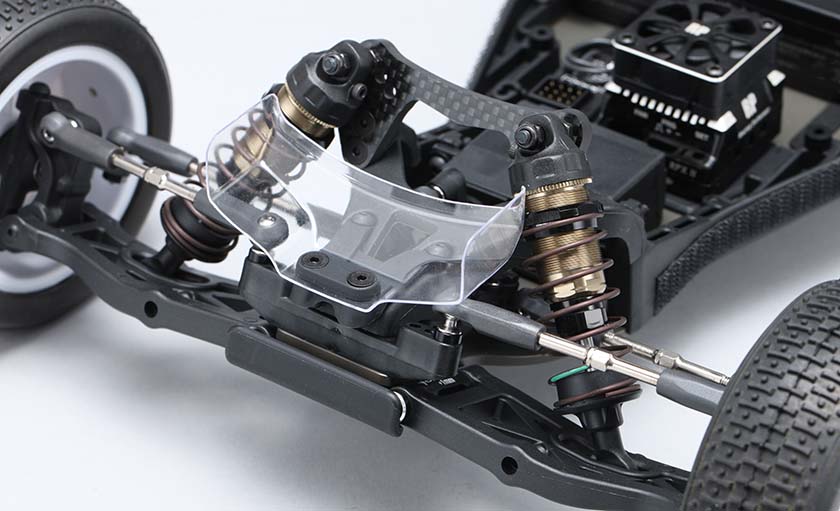 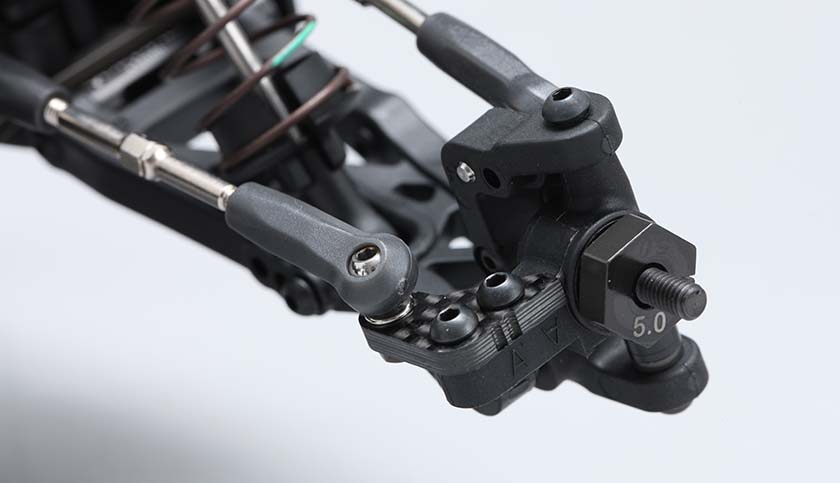 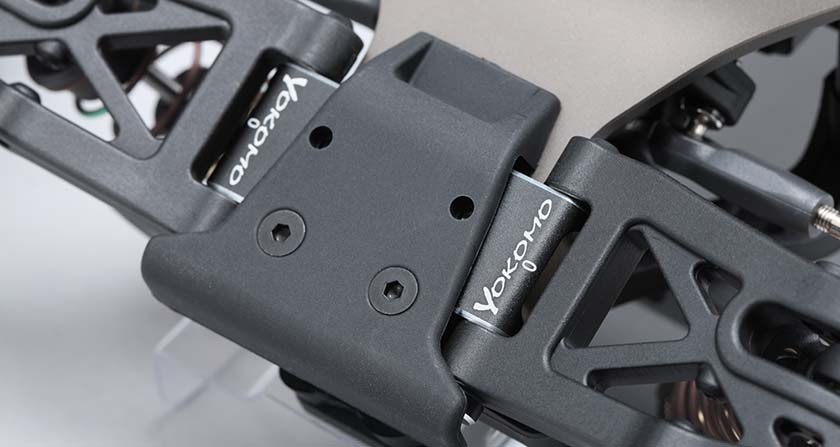 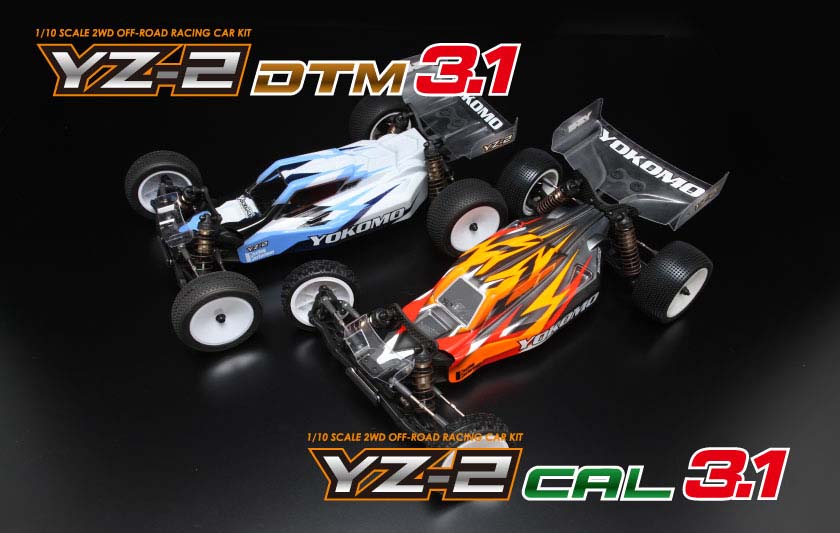