From Team Yokomo:
Yokomo’s programmable servo has evolved to V2!

A new program is installed in the high-spec servo that has been used by many top drivers so far, and a new servo “SP-03DV2” with faster speed, torque, and overwhelming holding power than before will be released. ..

In order to maximize the performance of the brushless motor, which is the key to operation, a new 7.4V power supply is supported. While greatly improving the basic performance, the steering holding power that enhances the sense of stability during cornering has been greatly improved, and the linear feeling while driving is enhanced.

As a drift-only servo, the hunting suppression function that prevents malfunction of the servo is important as well as the basic specifications. This function, which has been popular in the past, is also equipped with the latest program, which makes it possible to The Steering Gyro Use With A Higher Gain Than Usual. If You Use A Dedicated Programmer, You Can Change The Performance Of The Servo Body And The Hunting Suppression Level, So You Can Fine-Tune The Steering Characteristics To Your Liking. 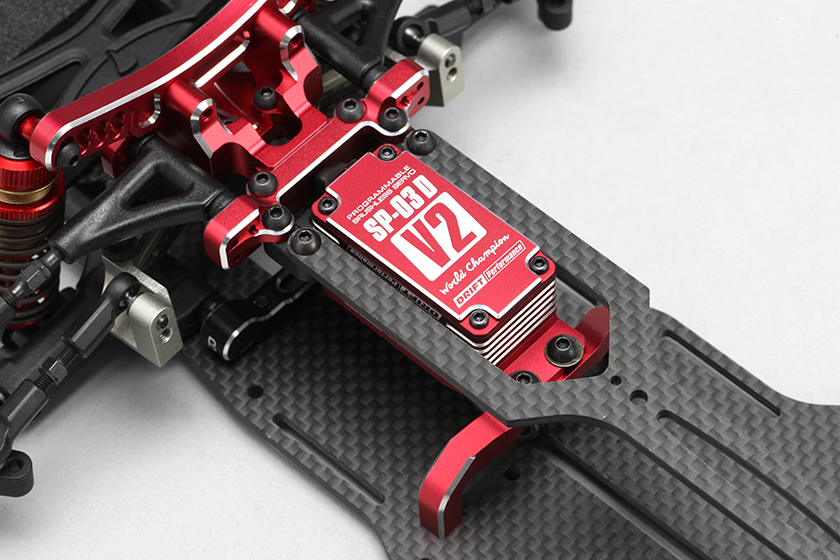 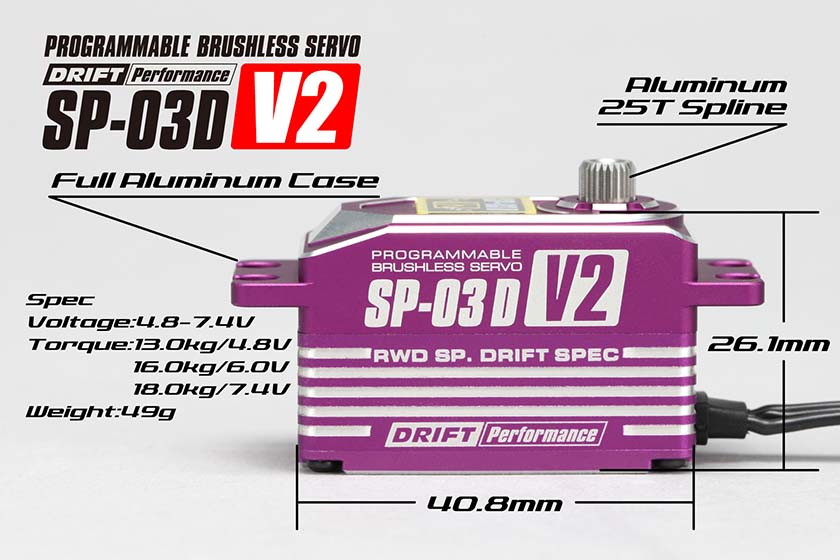 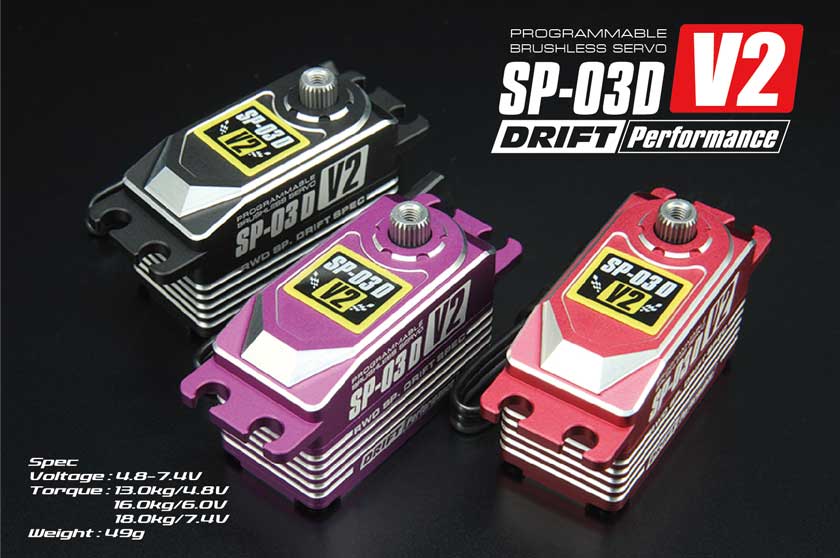