From Team Yokomo:
New optional parts for the YD-2 series will be soon released. 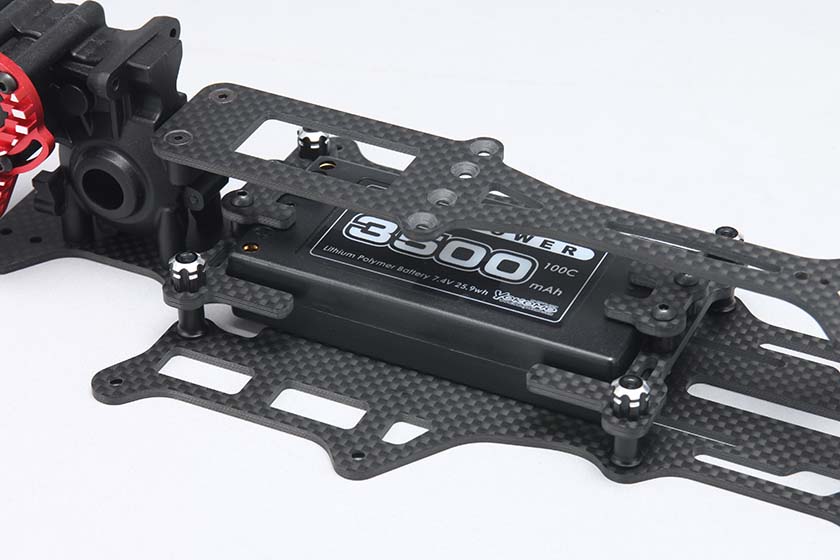 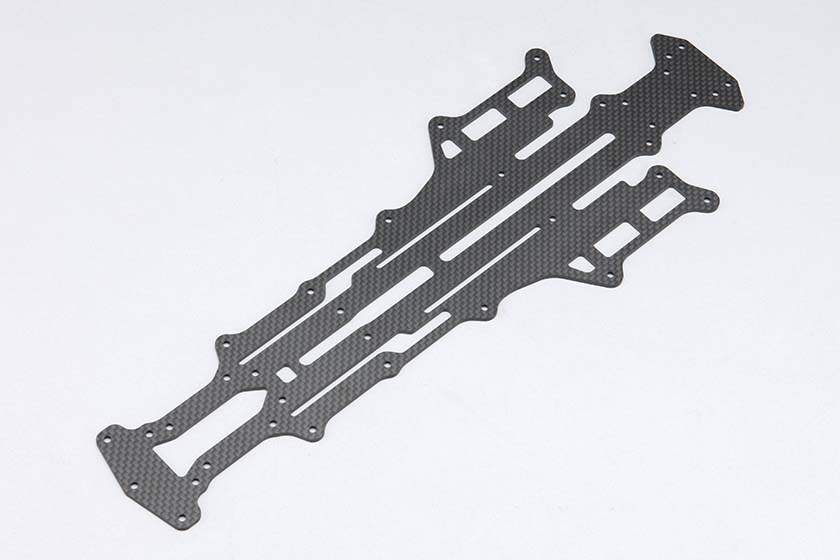 It is a high traction main chassis that can be used for the YD-2R series with rear motor specifications. It features a 2.5mm thick matte graphite with a bold lightening design, and it is a specification that enhances traction by taking advantage of the suppleness of the chassis. In particular, the softness around the rear of the chassis makes it easier for the rear roll motion to be applied directly to the rear tires, making it possible to enhance the sense of stability during cornering.

In addition to the horizontal battery near the rear, which is peculiar to the R series, a vertical battery can also be used by using a graphite battery holder (Y2-118CG ? sold separately). If you want to increase the rear traction while suppressing the deterioration of exercise performance due to excessive roll, a very effective weight balance is achieved. (In that case, the upper deck post cannot be used) 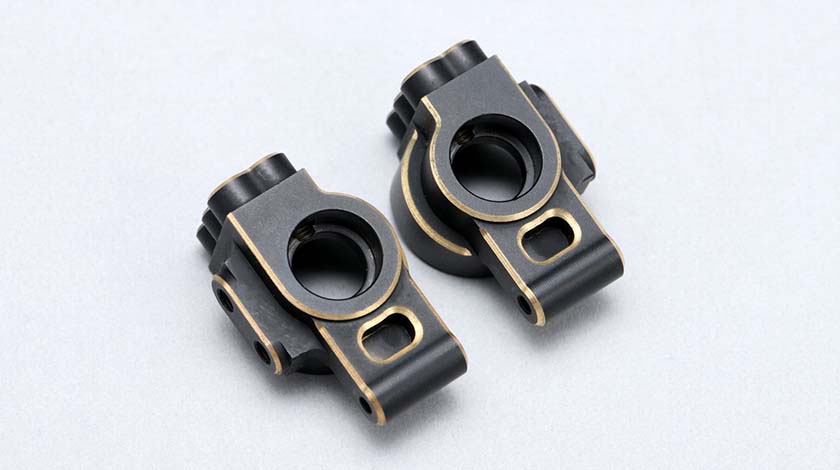 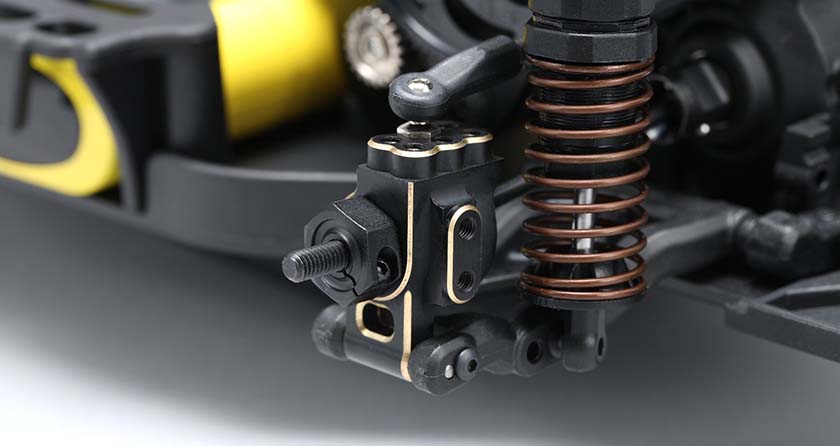 A brass rear hub carrier that can be used in common with all YD-2 series vehicles. Compared to the resin rear hub carrier (7.2g), the brass carrier weighs 49g in total on the left and right, and has the effect of increasing the grip due to the contact patch pressure of the tire. Since the unsprung weight that the weight directly applies to the tire increases, it is possible to effectively increase traction compared to the weight increase to the chassis side.

Although there are some disadvantages such as deterioration of exercise performance due to weight increase, I have the impression that the advantage of traction improvement is greater for drift radio control. Especially on P tiles, concrete roads, and low-grip asphalt, you will feel the effect.