Carpet racing is fast and technical and a track surface that’s been around for decades, but until a couple of years ago, has been predominantly grey “Ozite” called Fasttrak, sold by CRC (Calandra Racing Concepts). However, Ozite was no longer available to CRC and they had to source a new kind of carpet. After some testing and feedback from expert drivers, most tracks are now converting over to the new CRC Black Fasttrak II (FT2), including the use of it at the 2016 International Indoor Championships (IIC) in Las Vegas. It still has gobs of traction, but has its own handling characteristics and qualities. For places like Southern California, carpet racers are at a distinct disadvantage since the black carpet is not installed in any race facility nearby. Fortunately, we were able to chat with Xray/ RC America team driver Andrew “Drew” Ellis, who is considered by many to be one of the best on carpet tracks and get some of his inside knowledge about this material that seems to be the new standard in indoor racing. 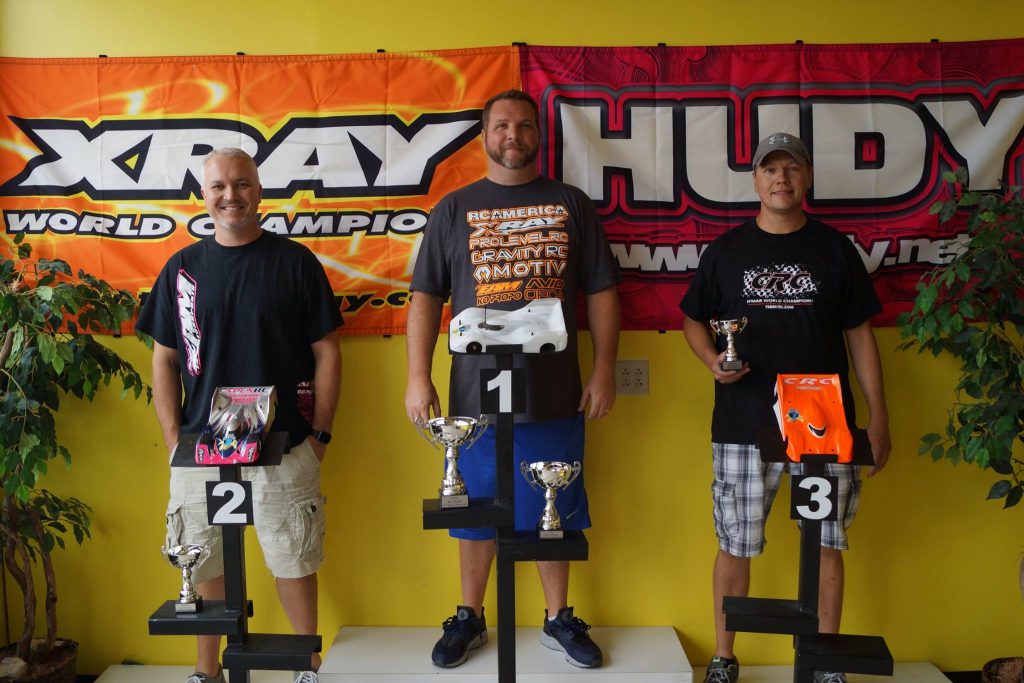 Xray’s Drew Ellis is a lethal racer and is most known for his prowess on carpet.

RC Car Action: It seems a lot of tracks and events are switching to the new black carpet. What are the main differences in this carpet?

Drew: Yeah, all the big races have been on it in the last year. The main difference is it makes a lot of traction. At first there is a ton of forward bite, then as the track comes in the side bite goes up. For sure more then the old grey stuff. We have had to glue the sidewalls on the TC car tires and of course on the 1/12-scale pan cars to keep them from traction rolling.

What’s the feedback from the racers been like? Are the racers liking this new black carpet better?

In general yes. For club racers starting out, the traction is much better outside the line, so it feels better for them. For the pro it’s a little different feel to get used too. The feeling is that you can drive the car harder with the added traction.

What are the common tires and sauces people are using?

Most races now have gone to a spec tire for TC cars. Also, same with the tire sauce. SXT seems to be the sauce of choice. Gravity RC, Jaco and Sweep battle it out for the spec tire. 1/12 stock is going that direction also with spec tire with either CRC or BSR.

What are the main things drivers are doing to their cars to compensate for the surface?

Been adjusting the damping and spring rate. Stiffer seems to give it a good feel. With the traction making the car roll more, the suspension needs to roll less. Also camber and camber gain.