Based on the ultra-successful XB8 platform, XRAY proudly presents the 2018-spec XB8E which incorporates the latest improvements and refinements gathered by the team, race-proven in the highest competition races around the world.

With my long-time experiences with 1/8 off-road racing, combined with the expertise I have gained from the R&D process at my previous projects at XRAY with XB2 and XB4 platforms, I have incorporated all the improvements & refinements to the XB8 platform to make it better, easier to work on, and more reliable. The all-new XB8E is based on the XB8 platform sharing all the finest features and specs you will really love.
Martin Bayer
XRAY XB8E Designer

The craftsmanship, durability, and performance of XRAY kits have become legendary. Be part of the family, live the heritage.

The XB8E is typical XRAY: premium, professional, high-competition for the most demanding racers, developed with attention to the smallest details, and backed by premium service & support…a luxury masterpiece.

“The XB8E’18 is another great vehicle platform from the Xray line, the quality, performance and handling are second to none. The buggy is very durable and gives me the confidence I need to win races on very demanding tracks like The NEO Race.”
Ty Tessmann
World Champion

Designed, developed, and fully manufactured in-house at the XRAY factory in Slovakia, Europe, using the most high-tech German & Swiss machines and premium European materials, crafted with XRAY’s legendary attention to detail by our artistic production specialists. The XB8E is truly a masterpiece.

With the chassis being one of the important components of the car, the all- chassis features multiple improvements.

The rear brace mounting position on the chassis was moved rearwards to improve chassis flex and give increased traction.

The side guards were moved 4mm rearwards to ensure that under full throttle and full steering lock the inflated tires will not contact the side guards and can operate freely.

With attention to the smallest details and a mandate to simplify servicing of the car, the all-new chassis features cross-platform compatibility to ensure you can use the same chassis either on the XB8 or XB8E.

The XB8 chassis is CNC-machined from 3mm high-quality Swiss 7075 T6 aluminum, strategically machined in low-stress areas, and then anodized to make it as light as possible without affecting strength or rigidity. Non-essential material below the engine, fuel tank, and differential was removed to allow for the lowest possible center of gravity and appropriate chassis flex.

To improve performance and increase reliability in high-temperature conditions, new Hard arms are included in the kit. The long-version arms help to generate more traction.
Suspension arms – especially their flex, length, and position – are extremely important to the performance of the car, and as such various length and hardness of arms are optionally available.

The rear wing holder is completely new and fully redesigned. It increases stability on high-speed tracks and has a super-slim, 1-piece design that has reduced weight and increased strength.

The complete wing mount is 40% lighter than the previous version, considerably reducing the weight behind the rear suspension as well significantly reducing the CG.

The wing holder has been redesigned for maximum stability while still allowing flex during impacts.

To help prevent rear gear box breakage during crash impacts, the rear wing construction was completely reconstructed and now features an all-new wing holder brace that transfers crash impact energy from the wing and shock tower to the chassis where it is centrally resolved.

To increase the set-up possibilities of shock mounting adjustment, the all-new rear shock tower features two rows of shock positions to choose from.

The all-new rear brace is shorter and the mounting position on the chassis is relocated for a new chassis flex point position. The mounting of the chassis brace to the bulkhead eliminates transfer of energy from the suspension via shock towers to ensure more precise landings and more off-power traction.

The included rear brace is moulded from a medium-stiff composite mixture for improved flex & rigidity, and allows the mounting of optional graphite inserts to reinforce the chassis brace to make it even stiffer for particular track conditions.

To increase the reliability and strength of the ball-joints (especially in hard crashes), the 6.8mm steering ball joint were redesigned and reinforced.
The specially-designed ball studs eliminate steering lock and allow greater steering radius. The integrated backstops ensure that the pivot balls do not disconnect in crashes.
Ackermann is easily adjusted on the machined Swiss 7075 T6 steering plate to ensure highest reliability and strength.

Long-term tested by Team XRAY, the new high-speed XB8 body is now included in the kit. The body give improved high-speed steering & stability while providing improved rotation in tight corners.

With countless wins in multiple classes at local, regional, national, and international levels, XRAY has become the standard by which all other racing cars are measured.

Designed in virtual reality using the world’s most sophisticated CAD tools, and manufactured using the world’s best machining and molding machinery, the XB8E achieves a level of premium perfection in all details that is second to none.
Visit TeamXRAY.com
See more posts about XRAY 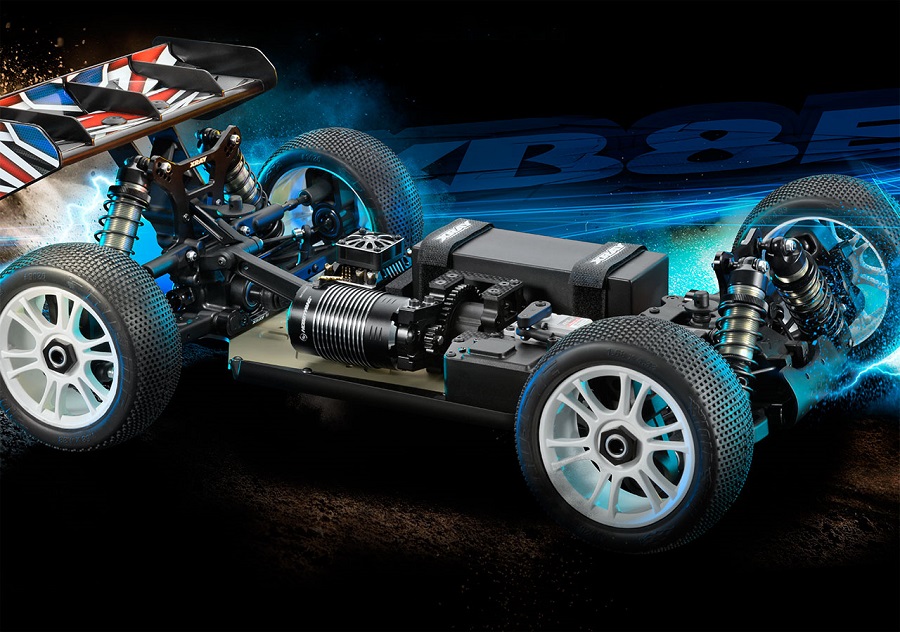 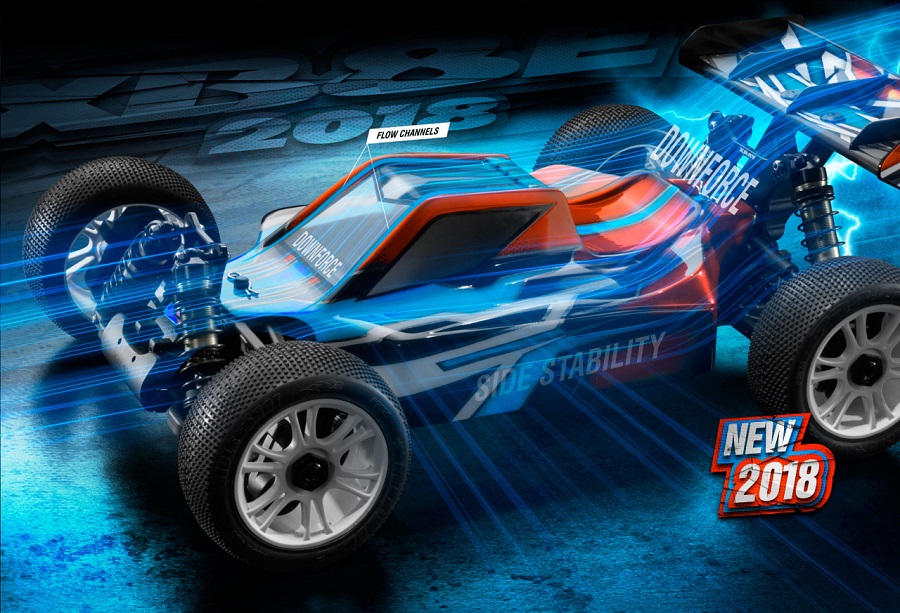 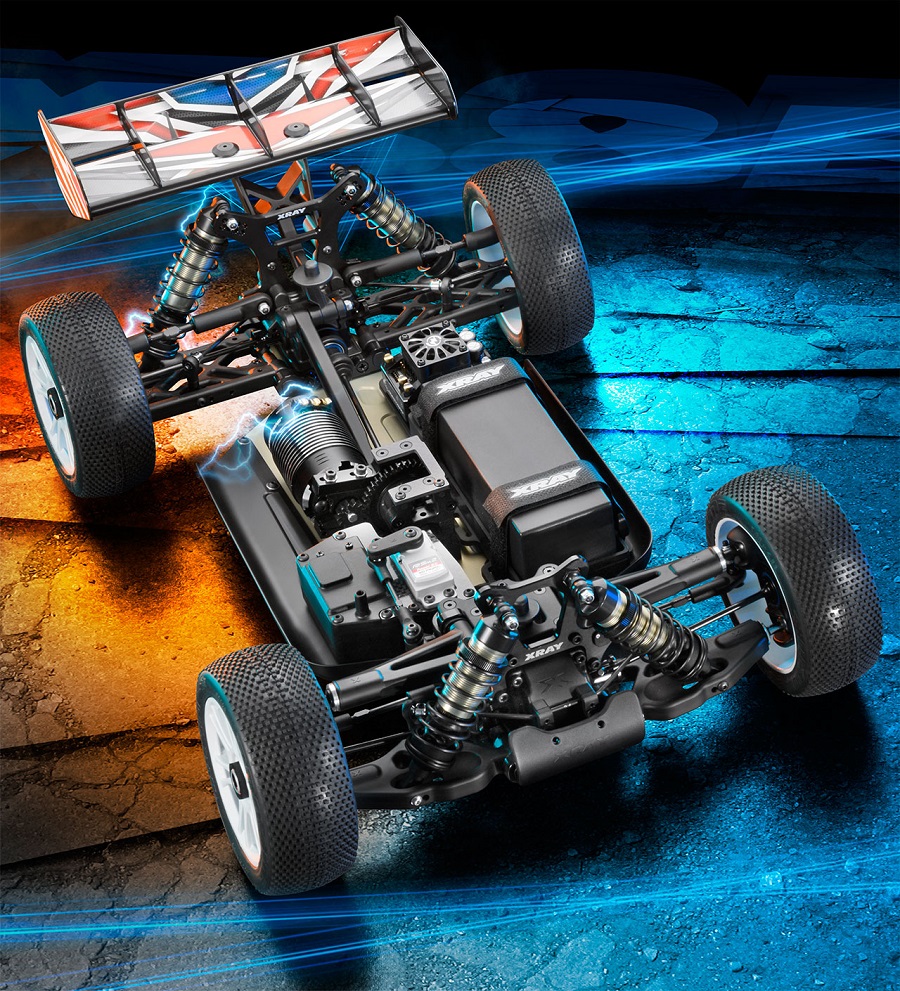 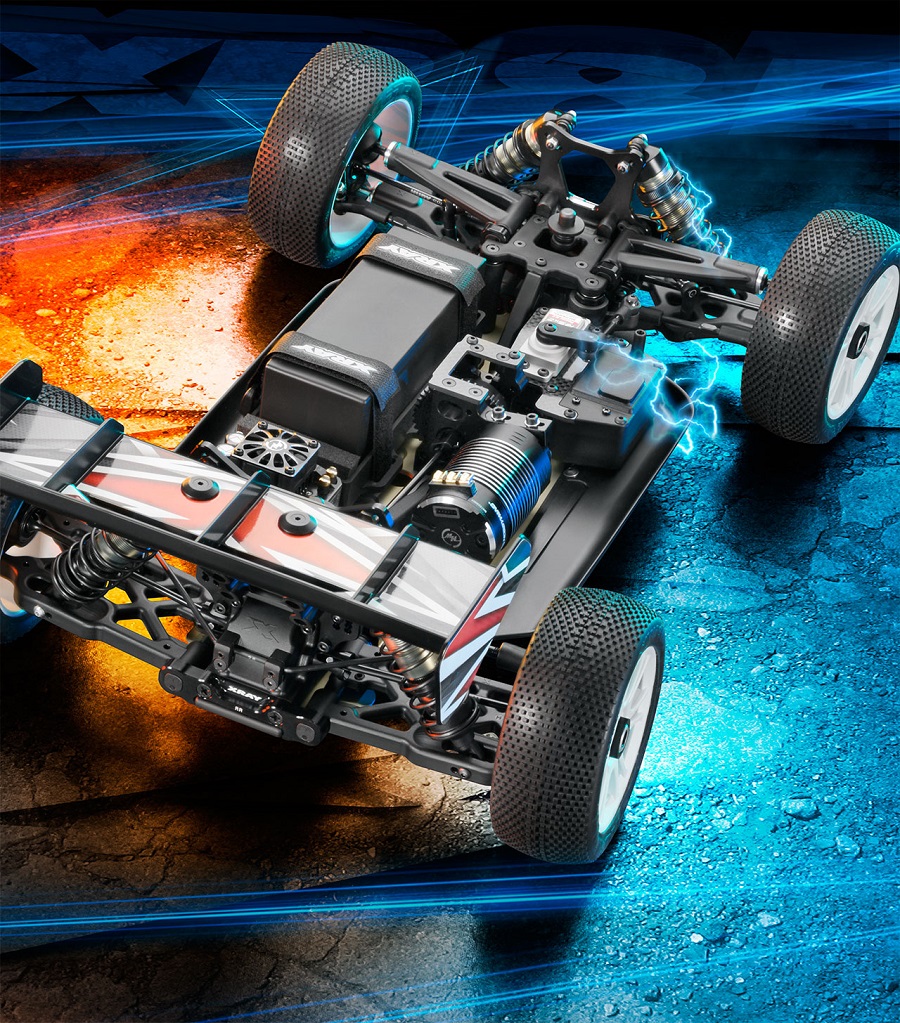 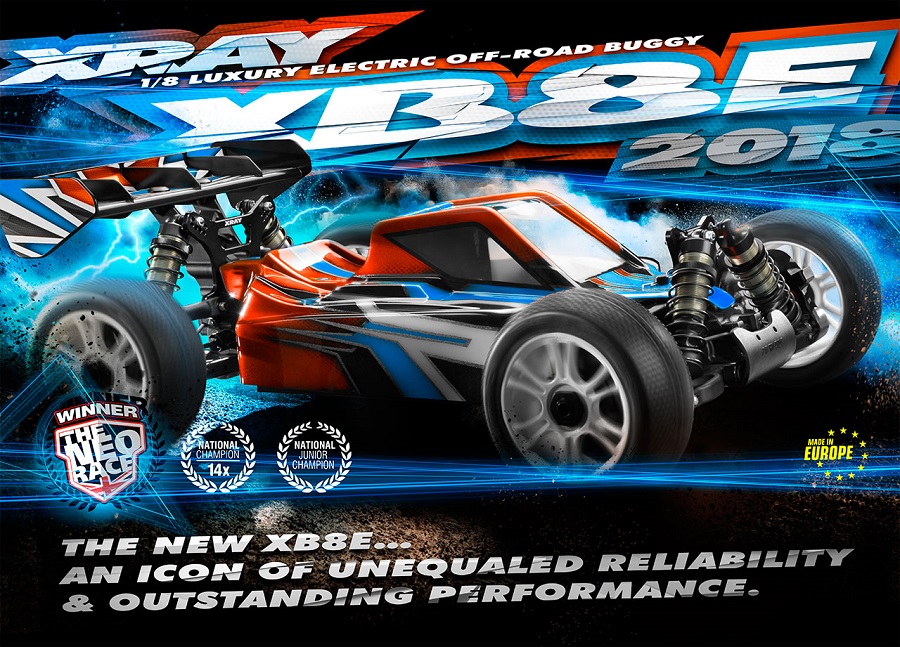