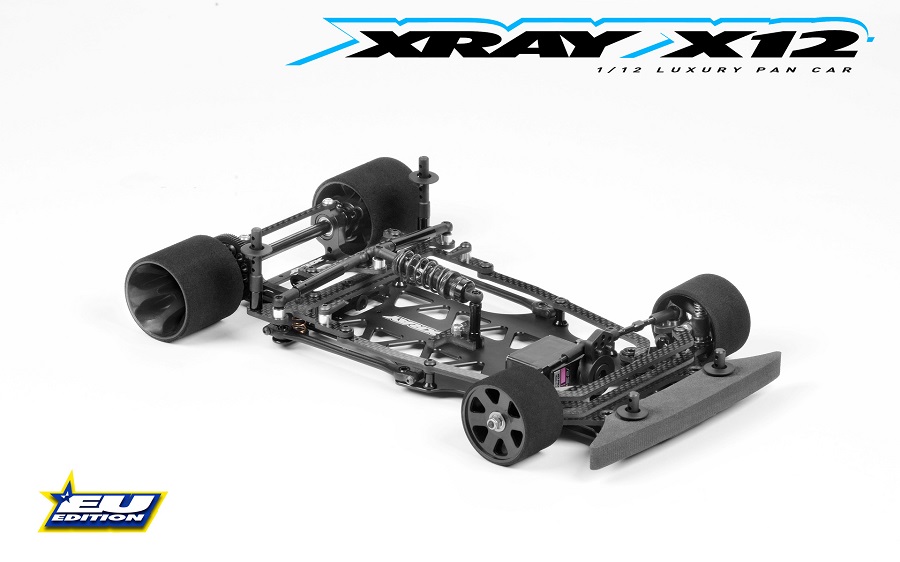 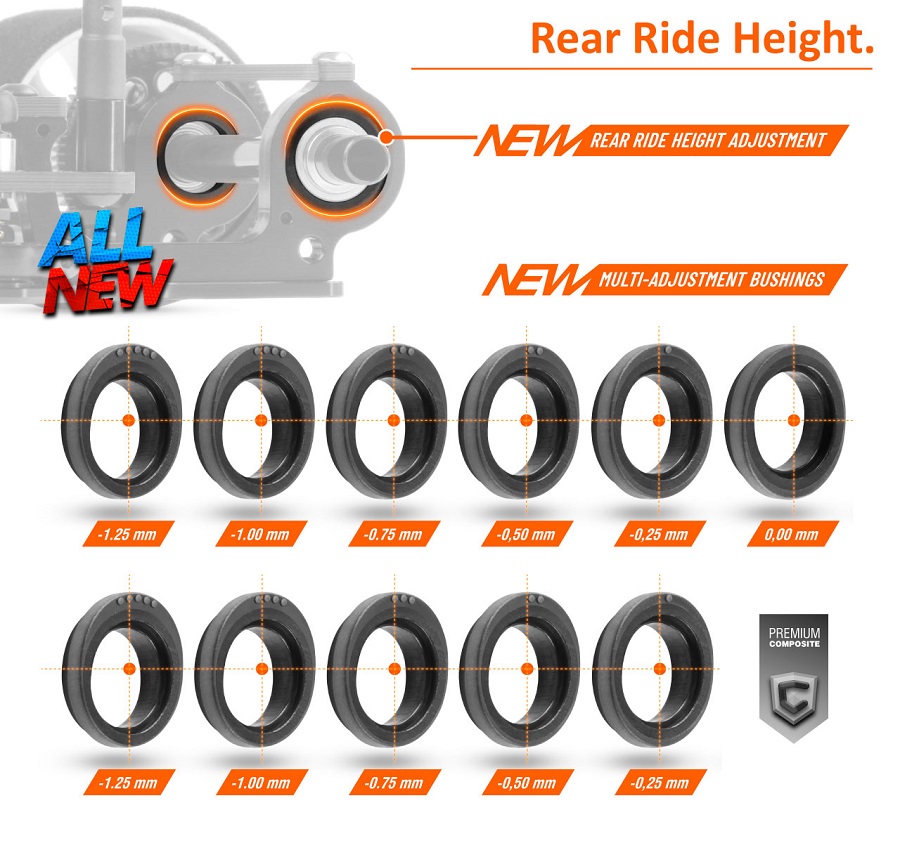 To reduce chassis drag and improve cornering speeds, the front of the new chassis plate was shortened by 3.5mm with an additional chamfer.

New rear graphite plate height is reduced by 6.5mm to lower the CG and to eliminate tweak issues in crashes. The side tubes are top mounted for quicker assembly and maintenance.

The X12â€™23 has significantly lowered the entire rear part of the car for reduced CG and improved stability and consistency on the track.

Bulkheads were reconfigured to achieve the lowest CG, reduced weight to improve stability and eliminate tweaking issues in serious crashes. The bulkheads are 5mm lower and 4g lighter comparing to previous version and feature two centering pins instead of one for increased reliability.

Re-designed battery mounting system provides improved reliability and ease of battery installation. The front battery stop is mounted to the chassis and can be moved in 2mm steps forward or backwards.

The rear POD was significantly redesigned. The plates use 2 centering holes instead of 1 to eliminate tweak issues in crashes. The area around the alu POD plate pivot holder was redesigned for improved durability. The rear graphite POD upper plate uses super light aluminium bushings instead of locknuts to save weight and lower CG, and improve the clean look of the car.

Lighter wheel hubs with M2x5 screws instead of M2.5×8 reduce rotating mass and minimize vibration from the wheel hub.

An additional mounting position for the side braces between the front and center position allows for extra fine tuning of the chassis flex to improve steering response and cornering speed.

The Side Brace Flex Settings was redesigned featuring an extra flex setting that is suggested as an initial set-up.

The kingpins are now additionally nickel coated for a smoother damping action and each version of the kit includes optimized king pin camber angle.

The steering backstops are redesigned and feature composite backstops for improved reliability, improved consistency during cornering and easier adjustment.

US vs. EU Edition.

With XRAY’s no-compromise, high-competition focus, the X12 is offered in two versions again this year, with each one equipped for the demands of different track conditions out of the box.

Whether on the low to medium-grip tracks that are typical in Europe, or on the super-high grip tracks common in the US, there is an X12 to fit each occasion. Both choices are built on the same core platform with interchangeable parts. 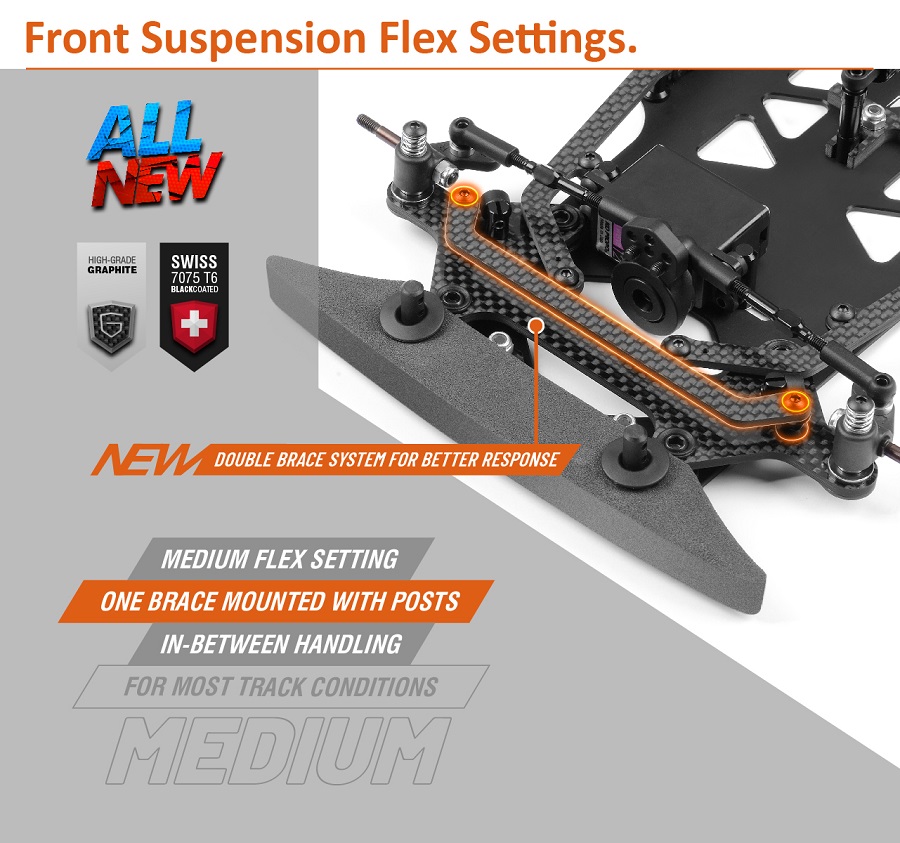 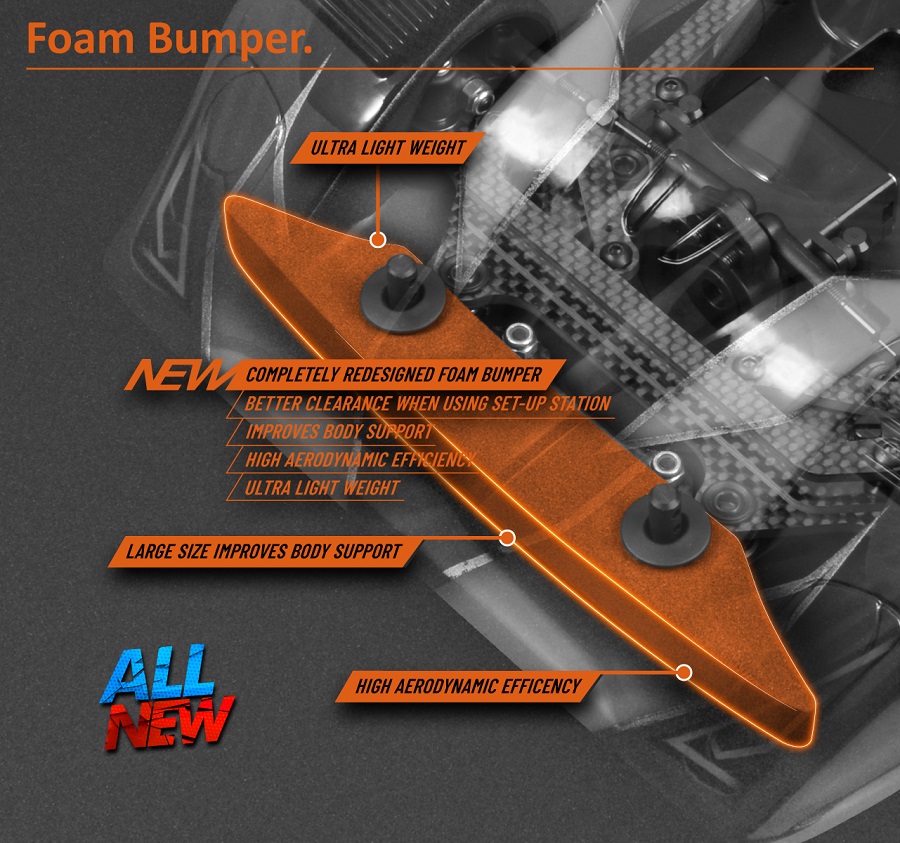 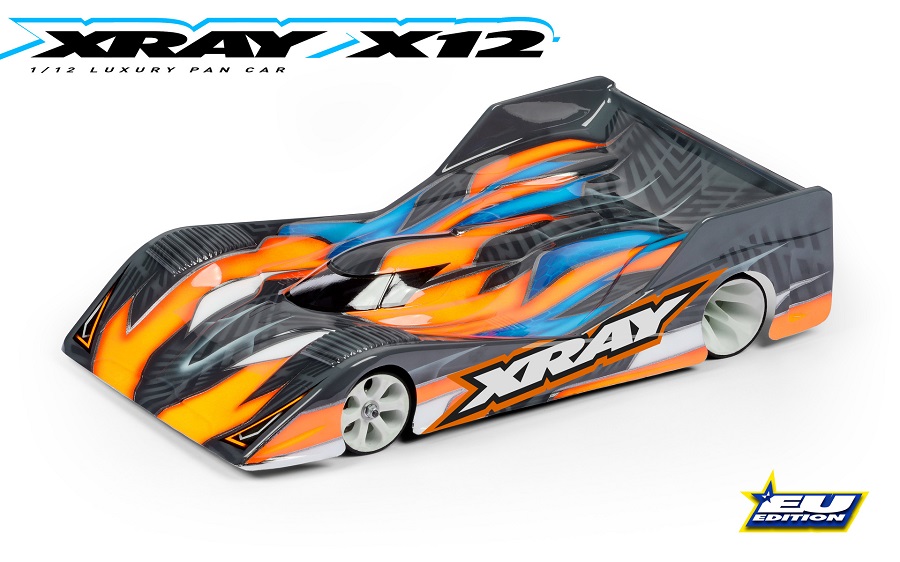 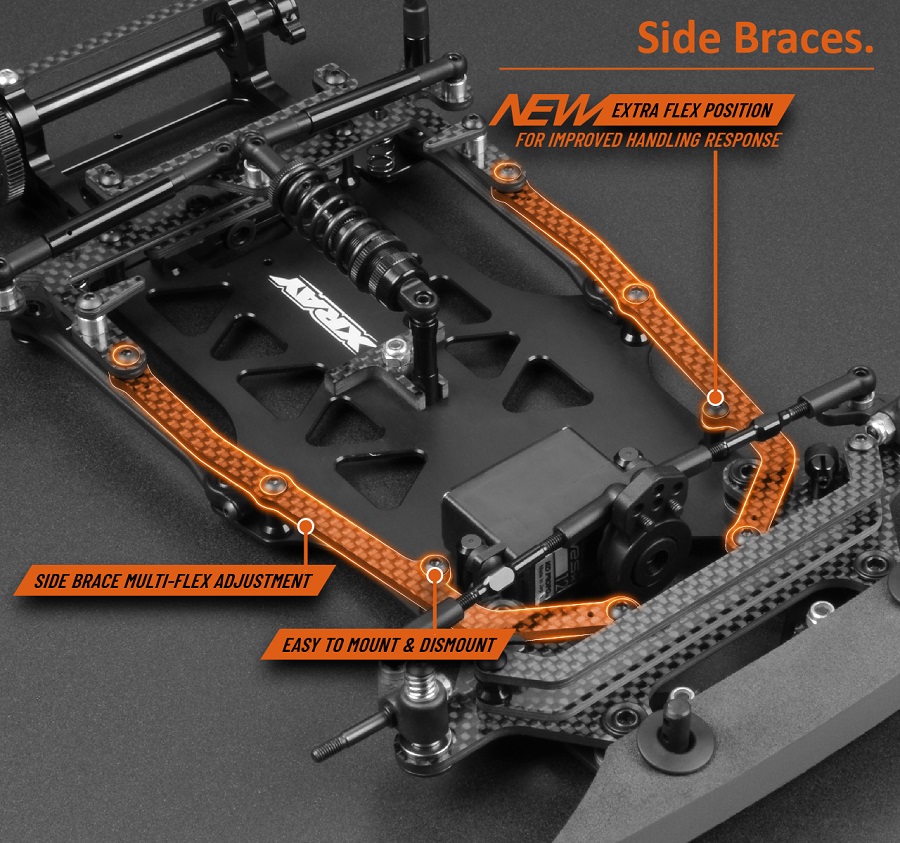 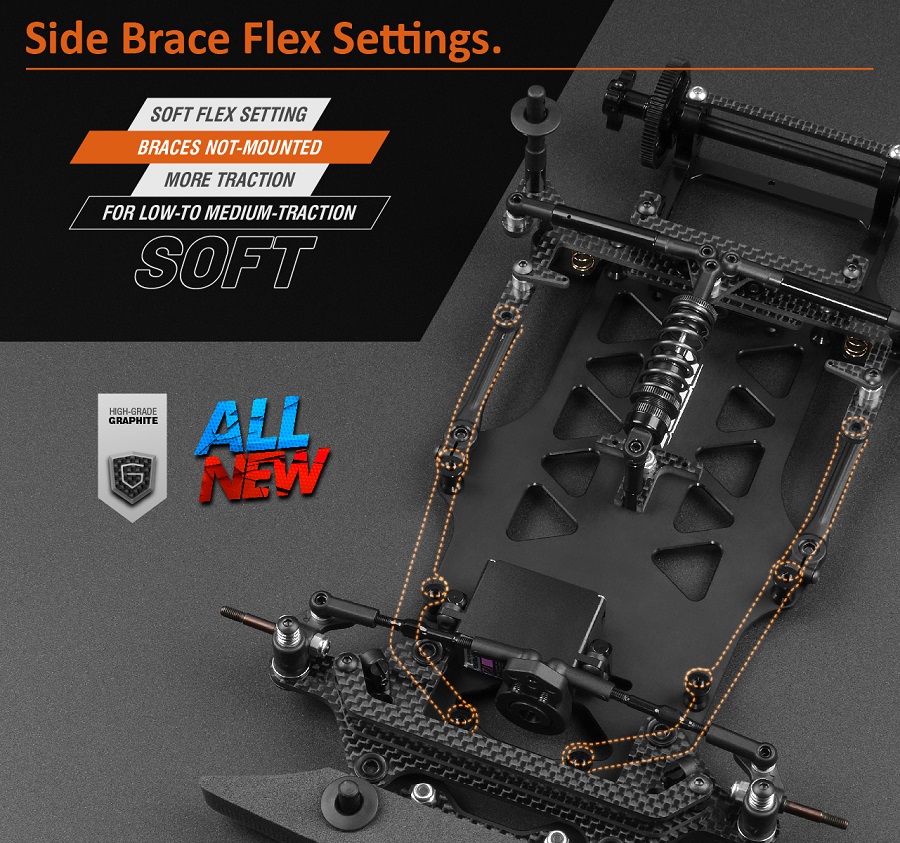 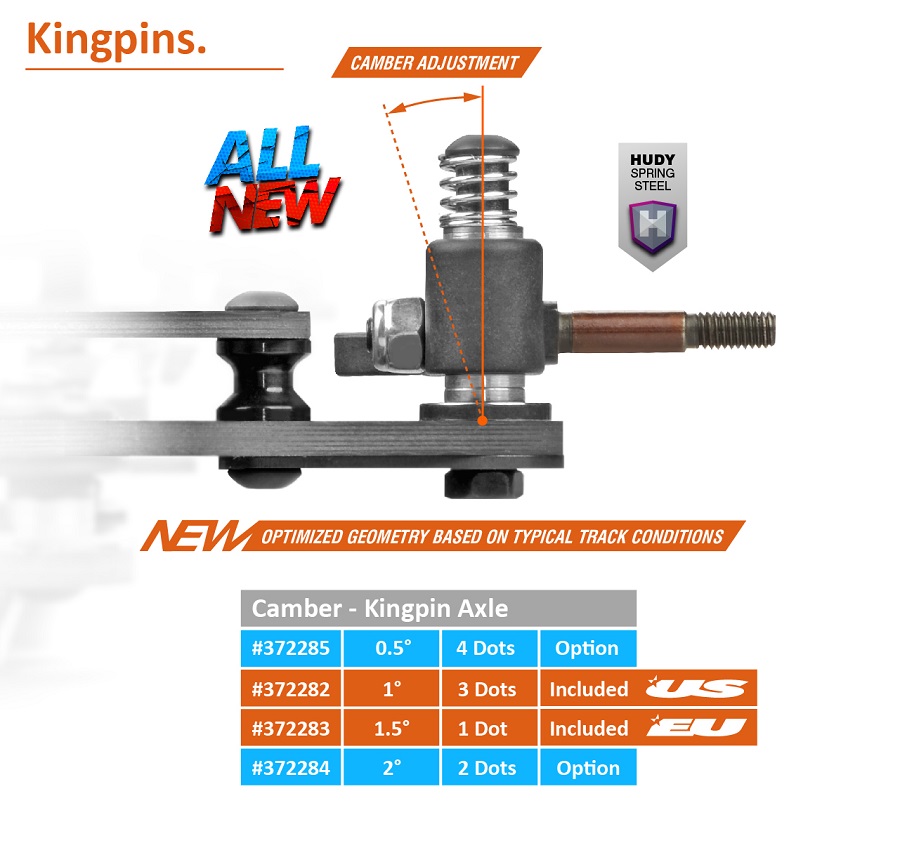