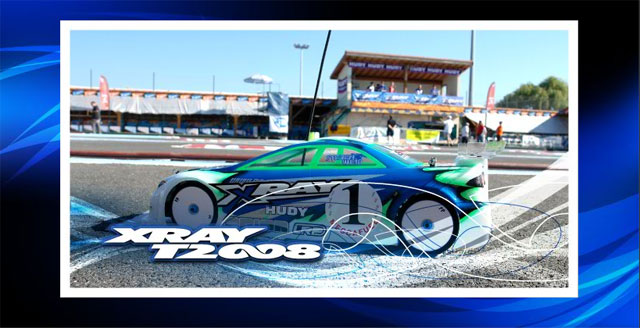 At the recent European Championship XRAY unvieled its new T2’008 touring car platform. Besides putting four prototypes of the car in the A-main, XRAY won with Steven Weiss behind the wheel. Rumors that the car’s belts have been flipped to the other side of the spur and that motor as been moved closer to the centerline. Another rumor states the chassis is designed for 5-cell. Can a switch to 5-cell be soon in the U.S.?