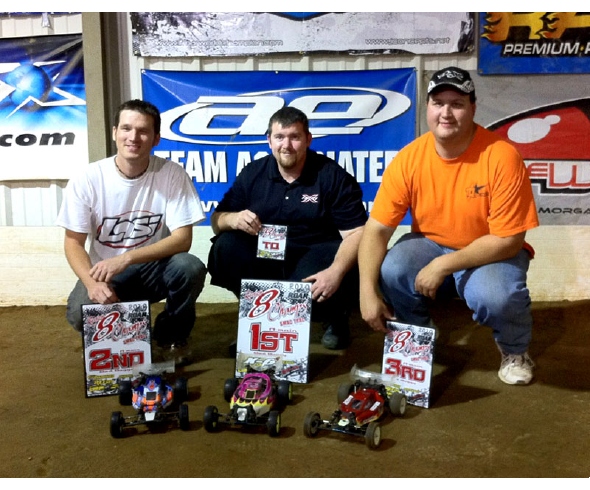 Latest race news from X Factory:The 2010 ROAR Region 8 Championships were held October 22-24 at SmacTrack in St Charles, MO, near St. Louis, and X Factory’s Justin Driemeier TQed modified buggy, truck, and short course. Driemeier went on to win the first two A mains in both buggy with his X – 6 Squared and truck with his X – 60, finishing third in SC with an SCX – 60.

“I joined the X Team last spring and right from the beginning the cars suited me better than what I had before. I learned a lot about them over the spring and summer; now they are so easy to drive that I am a better driver. I’m not afraid to run hard because if I make a mistake I can battle back.

“This may sound trite, but it’s really true: all three cars were great all weekend. Nothing broke at all, the cars were consistent, my set-ups were correct right from the start, and I spent the weekend having fun and chilling with the guys.”

Region 8 includes Arkansas, Missouri, Iowa, Kansas, and Nebraska, so there were lots of top sponsored drivers there. Joe Buckley was in the A in mod truck (X – 60) and SC (SCX-60) and took 4th in the mod buggy B (X – 6 Sq). Also, X-Teamer Lendel Smith from Arkansas drove his X – 6 Sq to fourth in stock buggy and his X -60 to third in stock truck. Smith also took second in stock SC driving his SCX – 60.

X Factory was one of the event sponsors, and also was well represented by three Team drivers and four member of The Family. An X – 60 Conversion Kit was won by Mike Sanders from Des Moines, Iowa. Mike says he looks forward to converting his current truck, and Justin Driemeier certainly showed him what the X – 60 can do. 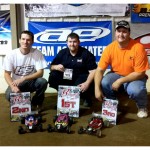 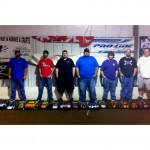 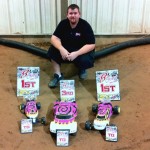 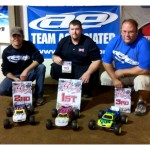