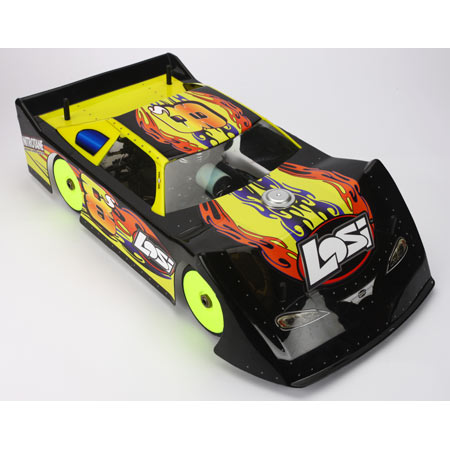 I must admit that in all the years that I have been involved in this great hobby of ours, I have never been interested in racing oval or even running a car on an oval track. Going straight and making left turn after left turn just seemed to be pretty boring. They were just one step up from slot cars in my eyes. I want to go fast and turn in both directions. If my car bounces around, that’s even better. Well, that’s how I felt until John Shultz from HPI Racing talked me into turning one of my HPI Baja buggies into a dirt oval car. I had no idea what I was in for and didn’t think that I could ever get my buggy around the track at a speed that would matter. After picking up a body and making some tweaks based on Matt Higgins’ input, I was ready to hit the dirt. And had a great time! My buggy was so fast and I was passing people left and right until a mistake or two took me out. So, now I’m hooked on dirt oval and have no place to run on. I can kind of understand why oval isn’t as popular. You need to spend money to go fast and you have to be precise in your driving. Dirt oval one the other hand seems to be a little cheaper and require slightly less driving skills. So why isn’t dirt oval more popular?