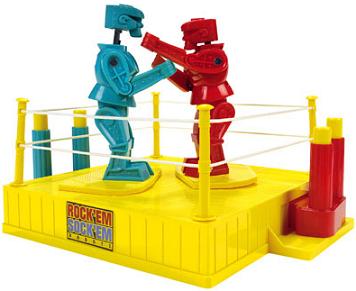 While at Petco Park for a Padres game last week, I had a moment of clarity in between bouts of yelling at the guy a few rows behind me. We weren’t so different, he and I: hot dog in hand, sipping a cold drink and enjoying America’s oldest sport, and yet despite the fact that I had never met the guy I knew I didn’t like him. It wasn’t just the loud and obnoxious trash talk spewing from his mouth (though that was most of it), but it was the logo emblazoned on his t-shirt (and jacket, and hat, and shoes…) that caused the riff.

He wasn’t a Padres fan.

Now before all of you Giants/Dodgers/Yankees/Red Sox/whatever fans go nuts in the comments section below (but please do), stay with me for a minute. I was born and raised in San Diego, and long before I was old enough to start racing RC cars my dad and I spent plenty of weekend nights at the ballpark cheering on our hapless, and hopeless, home team. I missed the 1984 World Series run (because, uh…I wasn’t born yet), but I was there for the one in 1998. I watched hundreds of games, witnessed Tony Gwynn’s 2000th hit, had field level seats for the 1992 All-Star Game, and made it up on the jumbotron dozens of times for dancing with the popcorn vendors between innings. I even met Trinity/EPIC owner Ernie Provetti at a Padres game when he had come out to CA for vacation! We were standing in line next to each other in a restroom when I noticed his jacket. Whatever, I was like 8 years old.

The point is that I was indoctrinated into having a severe bias. And not unlike the Chevy vs. Ford, Coke vs. Pepsi, Apple vs. PC, and Padres vs. Dodgers rivalries on which nearly anyone has an opinion, RC’ers typically find a favorite and stick to it…sometimes to the point of detriment, both personally and to the hobby in general.

You don’t even have to visit a track to see RC bias at its best/worst – log onto your favorite online forum for just 90 seconds and you’ll surely find keyboard cowboys attempting to downplay the quality of products made by any company that’s not listed in their signatures. Many of us have our favorite chassis, motor, battery, tire and servo manufacturers, but many take it to the extreme. Once you do make it to your local racing facility you’ll notice the t-shirts that match the stickers on the bodies, which correspond to the logos on the hauler bags, and all of the support equipment to go with it. RC racers are famous for taking that “dress for the job you want” cliche to the extreme, and it can be downright impossible to separate the “100% factory sponsored” from the “I maxed out my MasterCard to get this stuff” on appearance alone.

It gets even more absurd when that bias suddenly flips for some reason: a friend gets a 50% deal, someone shows up with a different car and lays the smack down on everyone, or that driver takes a few laps with someone else’s car and is convinced it will make him a better driver. Sure, when San Diego-native Adrian Gonzalez was traded twice in less than two seasons and ended up in LA after four terrific seasons with his hometown team, fans were a bit peeved when he famously announced that “he bleeds Dodger blue,” but it’s even worse when an RC racer says “Forget that I swore for years that Brand A tires were the best. Now that Brand B is giving them to me for half price they’re far superior!”

On one hand, it’s all a silly dance of posturing and bravado – why would a company sponsor you if you’re already representing them (and paying to do it!) with matching stickers and t-shirts? But on the flip side, there’s just as much of a feeling of community networking with those who use the same equipment as there is chanting in the bleachers with fans cheering for the same team. The difference is that, in radio control, it’s much more appropriate to play the field and see what else is out there. I’ve met plenty of racers over the years that had a new car almost every time they showed up at the track because that’s what was most fun to them: comparing kits from different manufacturers to see what they liked and disliked about each. There’s no shame in giving something else a shot – after all, there will always be another bandwagon coming by for you to jump on and catch a ride.

Oh, and by the way…I was always the red robot.