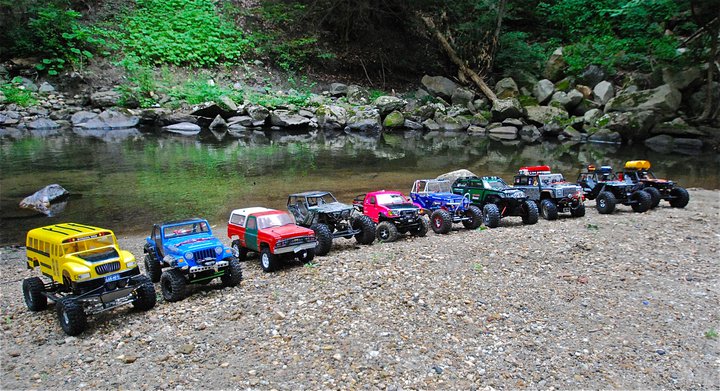 While thousands of you in the greater Chicago area were rocking the house at RCX on Saturday, I got the chance to slow things down and get together with some RC enthusiasts here in Connecticut to do some scale rock crawling. One of the aspects that was cool about this little soiree was that this group of scalers was a total mix. We had veteran racers, RC novices and some guys in between. It was interesting how scale crawling hooked everyone there. Scalers seem to have a universal appeal that few other segments have.

Here’s a video shot by Paul Medina. It’s of my Axial Honcho that I built for competition and featured in the June 2011 issue of RC Car Action. We set up one course that we ran for fun. It took about a minute and a half to two minutes to run depending on the vehicle.