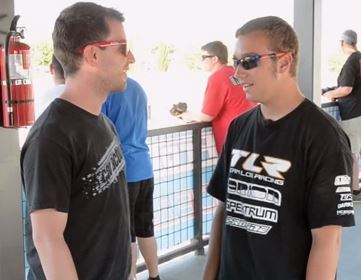 After four intense qualifying rounds the main events for the ROAR Electric Off-Road Nationals pit the top ten qualifiers in each division against each other in three separate six-minute races to determine the fastest racer in North America. The result is a series of hectic scrambles for position as the field bursts from the starting grid and sprints toward the front of the pack, lunging for the checkered flag and big trophy waiting at the end. Scroll below to watch a replay of the racing action and our exclusive interviews with this year’s ROAR National Champions!

Hot Bodies’ Ty Tessman tells us about the thrill of winning with the prototype D413 buggy:

Team Losi Racing star Dakotah Phend on carrying the momentum of his first Mod-class title into next year’s IFMAR Worlds: