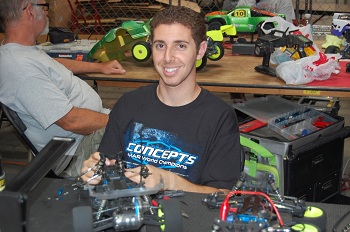 In 2wd Mod Buggy, World Champion Ryan Cavalieri won the first leg of the 10 race series, Josh would go on to take 5 TQs and 5 wins to take the overall victory in one of the hottest new series in Southern California. The series averaged 120 entries per race and was a unique combination of an Off-Road and On-Road series.

Josh used the very fast and most used tire at WC Raceway, the JConcepts Bar Code in Gold compound, along with the JConcepts Profiled Inserts and Punisher body.

Congratulations to Josh and to West Coast Raceway for an exceptional series.