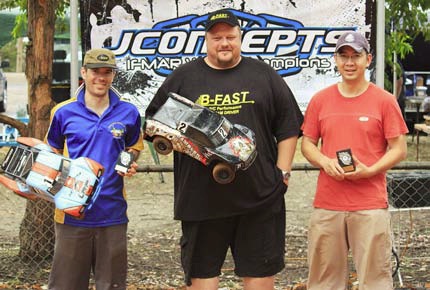 Venom Team Driver Darryn Johnson took the new Gambler Short Course Truck to the top step of the podium after a hard fought battle at the JConcepts clash on Sunday, February 6th.

After an intense qualifying battle, Darryn started from second on the grid. With tricky track conditions because of intermittent rain, Darryn used the mid mount motor configuration on the Gambler to good effect. Darryn took out the first two finals, winning overall in the event.

Darryn had the following to say: “I am really impressed with the Gambler, the truck that I have used this weekend is a pre-production version of the RTR car. There are NO special parts or modifications. I have pretty much just installed my running gear, changed the oil in the RTR shocks, added travel limiters to the front shocks and that is about it. I even used the kit springs!! I hadn’t driven the Gambler in anger until practice on Saturday, and straight away I knew this truck was, and is, going to be a real contender in the SCT class. I look forward to getting in and doing more fine tuning on the Gambler – as it will surely be one of the top trucks at any event in the right hands. There are plenty of adjustments available to the driver that likes to tune their ride – and having the ability to change between mid-mount and rear-mount motor is a significant advantage. I have now seen the production version of the Gambler, and it’s good to see that Venom have taken the release of the Gambler seriously. While there may have been delays in getting to the market – the end product is well and truly worth the wait. I am really looking forward to the season ahead.” 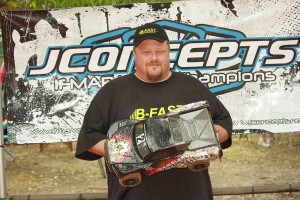 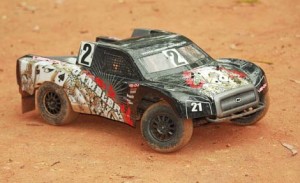