Karel de Koning, of Oud-Beijerland, Netherlands, picked an unusual theme for his Vaterra Twin Hammers Rock Racer, but his attention to detail on the subtle but extensive custom work makes it an impressive achievement. The Scuderia Twin Hammers has a definite Ferrari-esque flavor, although the ‘prancing horse’ logo has been substituted with the tongue-in-cheek prancing moose made famous by Volvo some years back, which Karel fabricated himself. He added light kits front and back, and opened up the fake air intakes, backing them with mesh. To produce a more aggressive stance he shortened the rear suspension links, yielding a shorter wheelbase and a more compact stance. Upfront he added GMade XD Diaphragm shocks and a GCM front tower plate, which also gave the benefit of more space up front for the Lipo battery. The hood now opens for easy access. He also relocated the spare to be lower in the tube frame, and tucked some Proline scale accessories under it: a battery, filters and a racing fuel cell, to which he added tubing and wires for more realism. He custom-crafted a full interior too, starting with a driver figure from the Tamiya combat support vehicle, then adding goggles, a windscreen, and a homemade dash and a window net from an Associated  SC10B buggy. Wheels are Gearhead 1.9s with real beadlocks screws, wrapped in Pit Bull tires. When he was all done he went and shot these spectacular pix! 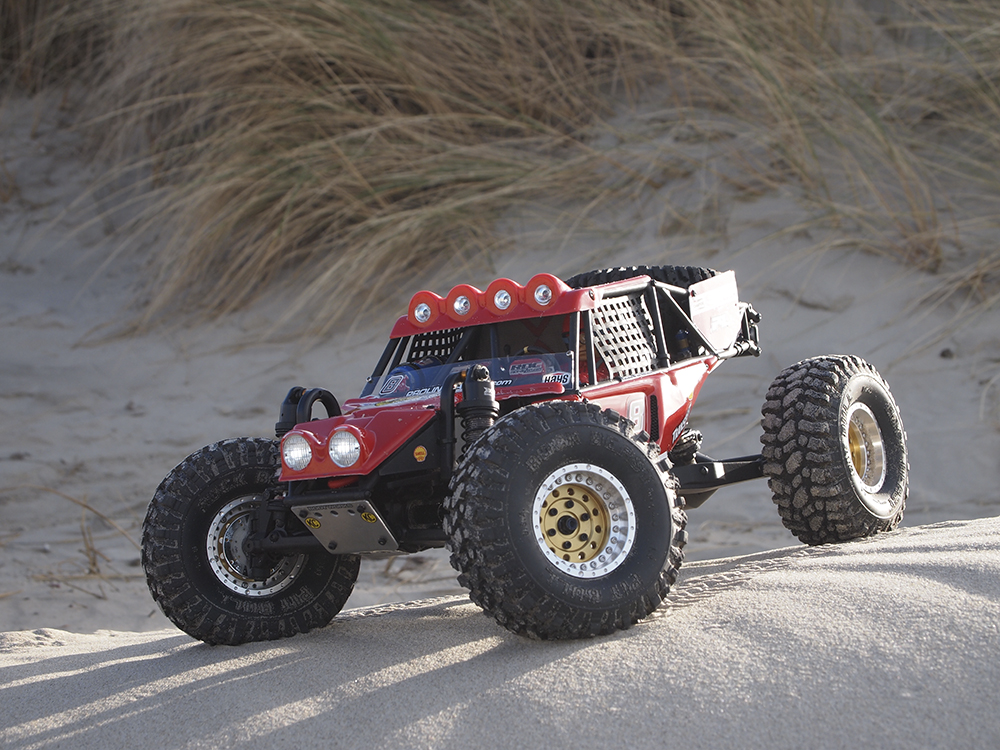 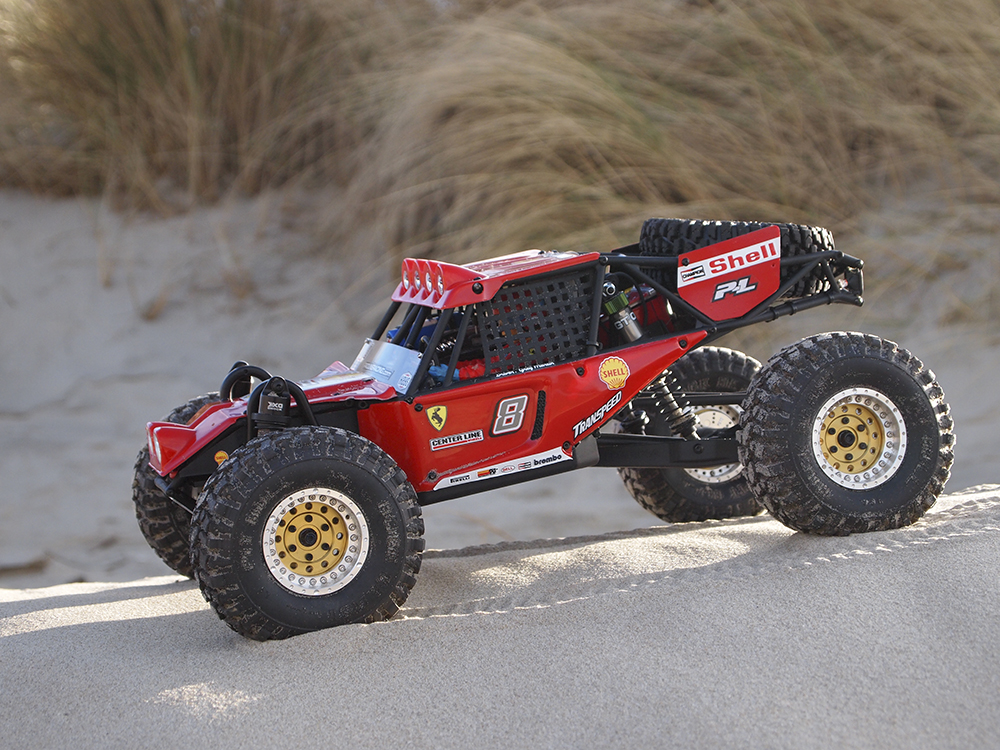 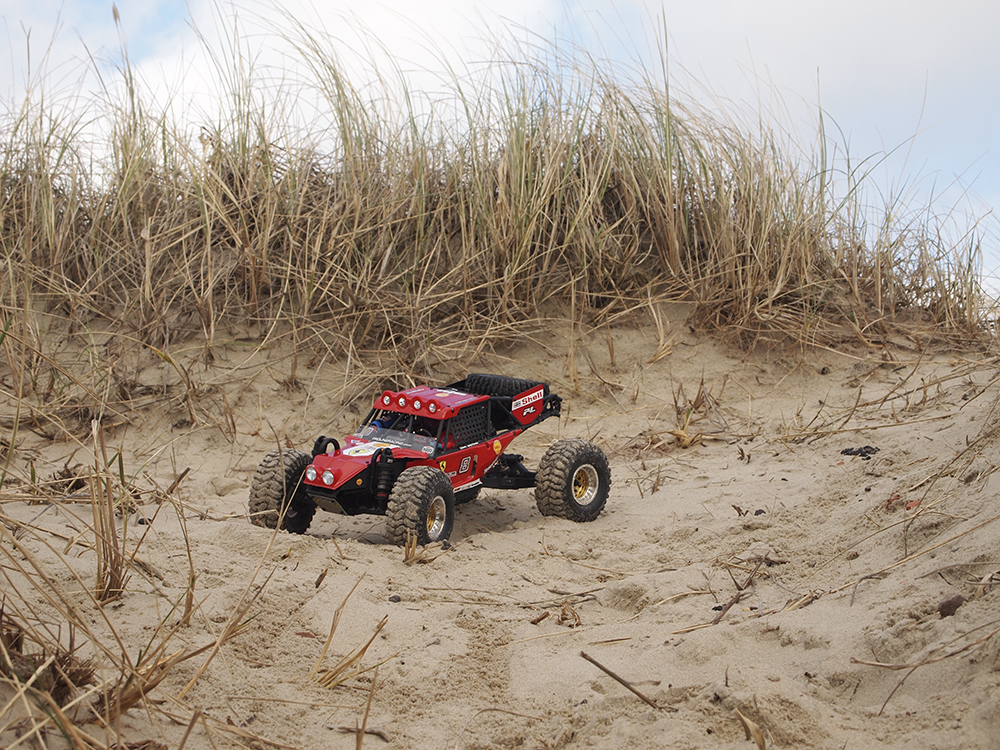 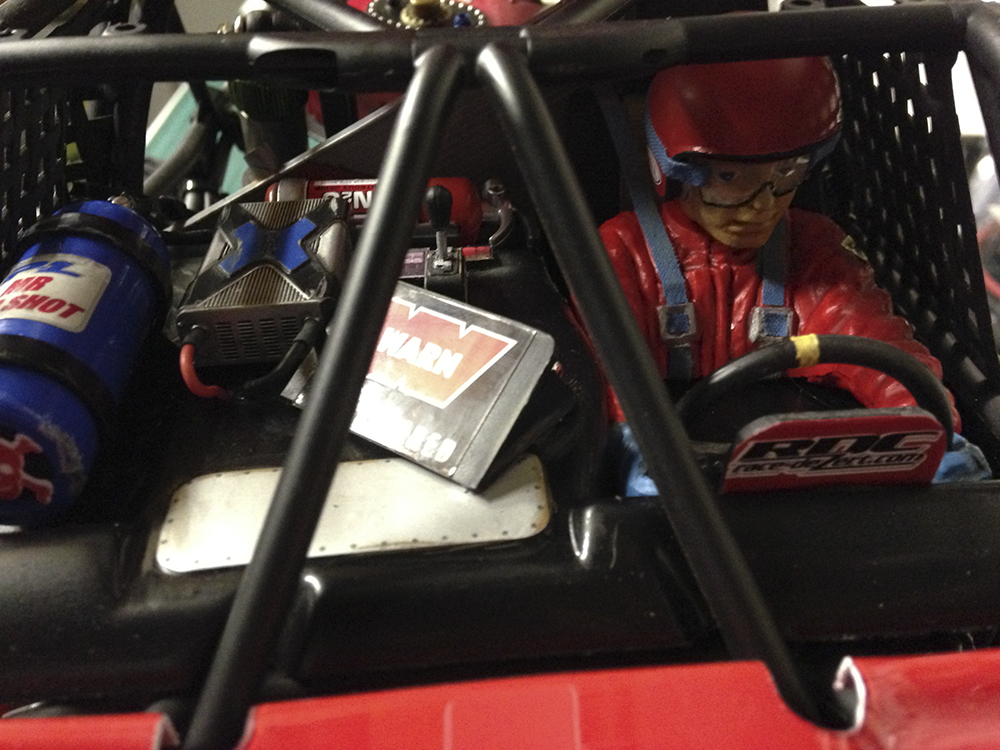 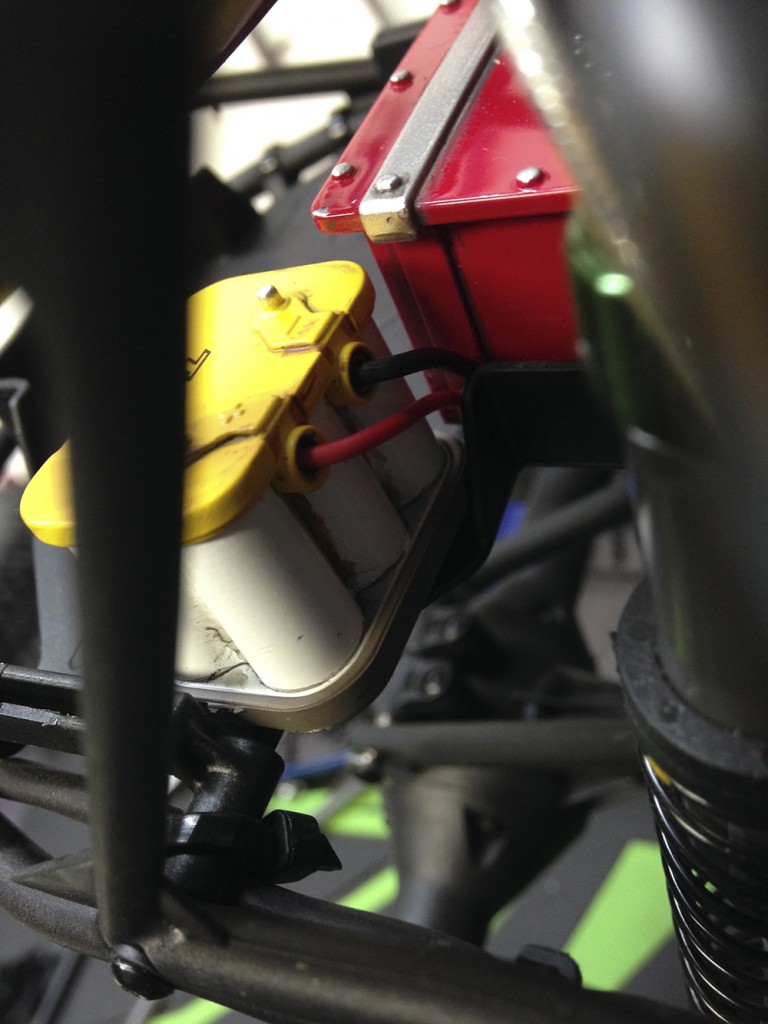 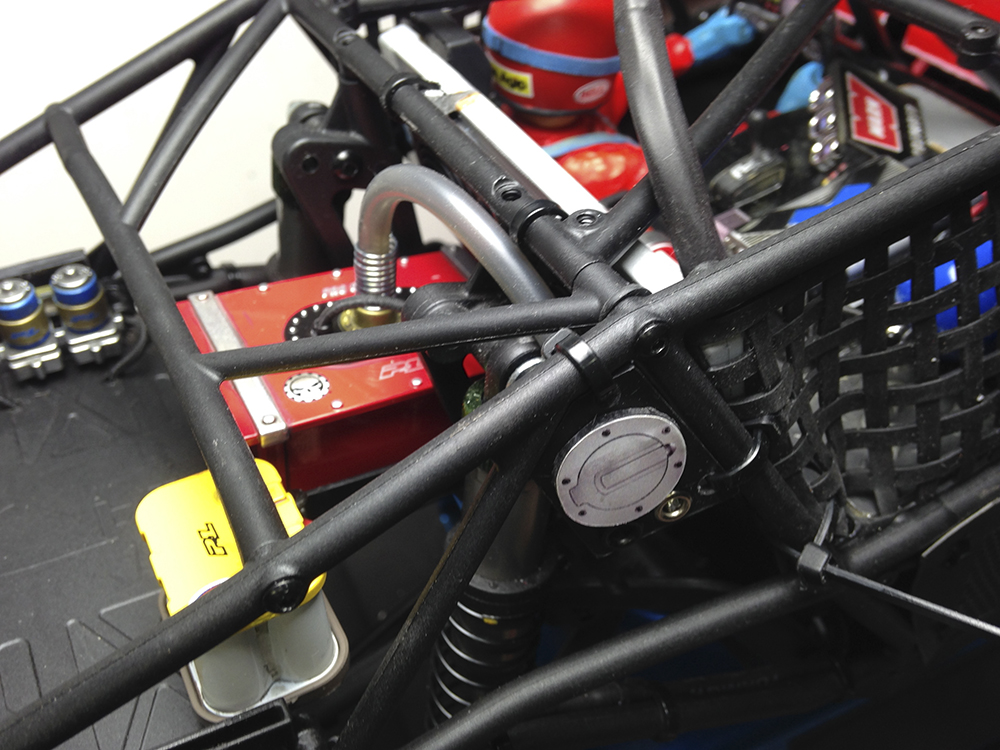 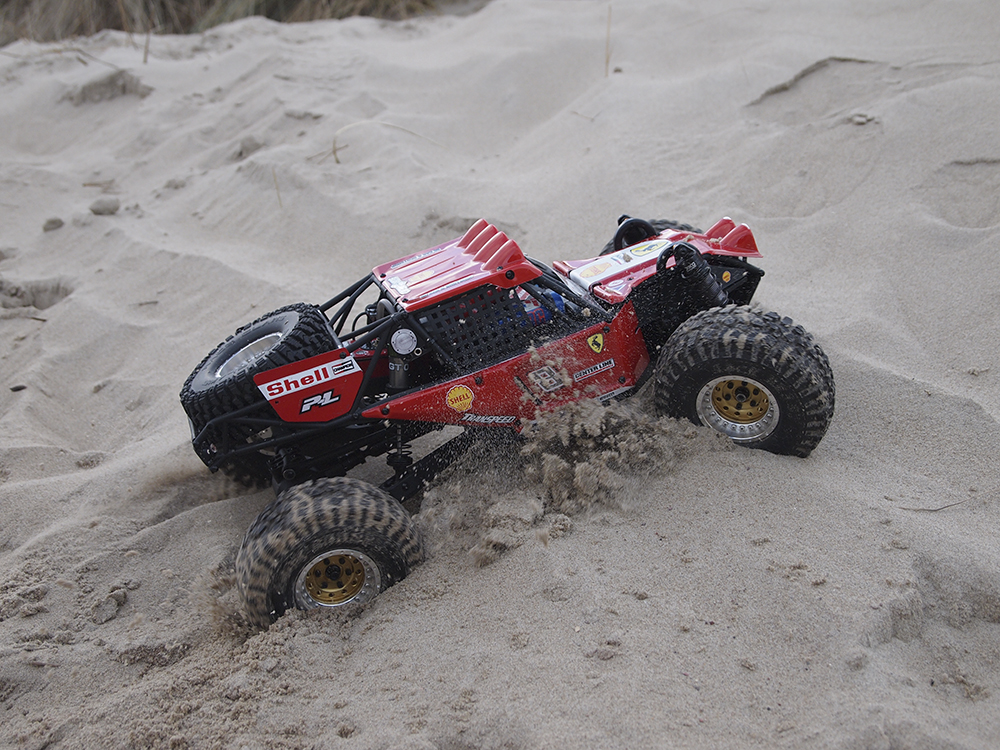 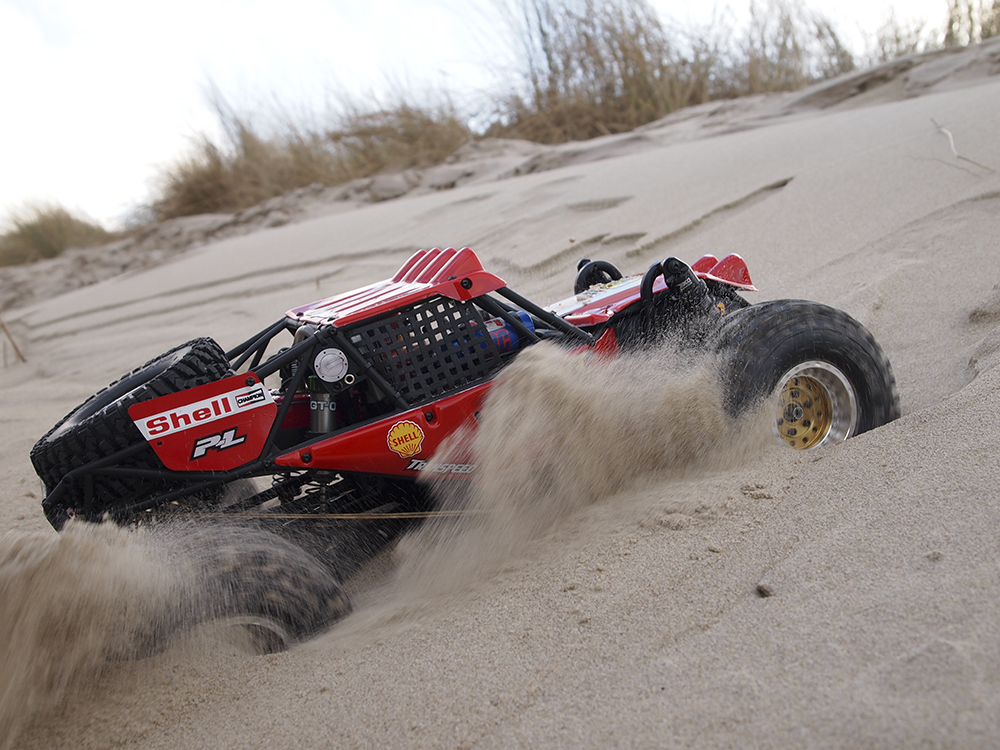