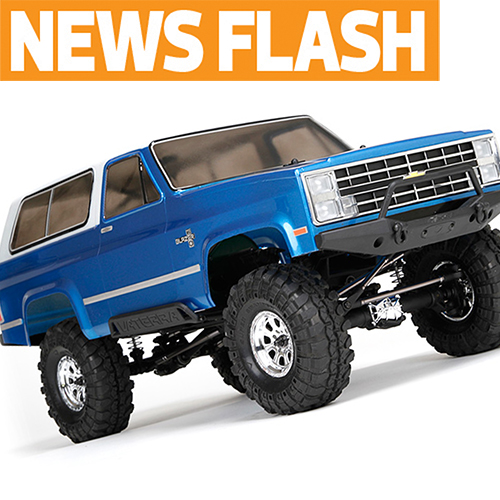 Big news here, as Vaterra has just announced its first scale/trail platform. Dubbed the Ascender, the new model is making its debut as a clear-body kit with a very nicely executed Chevrolet K5 Blazer shell. Frame rails are steel and configured to offer four wheelbase options, and the solid-axle suspension features a 4-link rear end with a 3-link/panhard bar combo up front. Licensed Interco Super Swamper rubber completes the scale look. It’s clearly a good-looking truck (just look at the photos), and it’s telling that Vaterra has gone with a full assembly kit to launch the new model–if there’s any group that prefers to build their own, it’s trail guys. The Ascender is an obvious competitor for Axial’s SCX10 series, and we’re keen to see where Vaterra takes the line. More licensed bodies? RTR versions? We’ll see. In the meantime, count on a full review as soon as we can get our hands on an Ascender.

Nice stance. The body arrives clear, since the Ascender is a full kit. 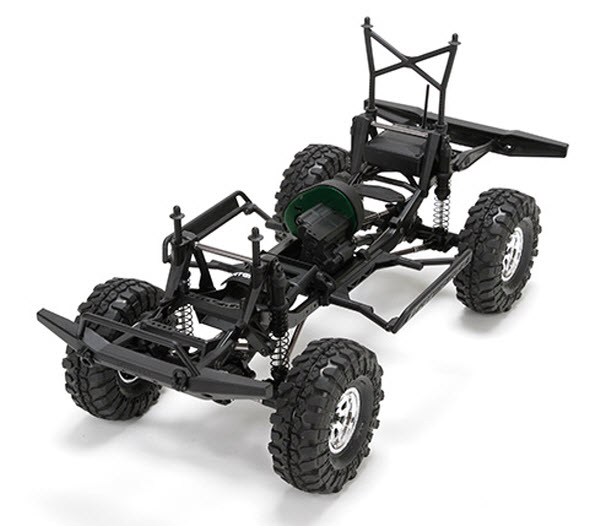 The “crawler style” bumpers include tow hooks, and a single-speed transmission is standard. Vaterra offers a servo-shifted high-low gearbox as an option.

Look closely, and you can see the panhard bar that centers the front axle.

If it’s steering throw you want, the Ascender has it in spades. 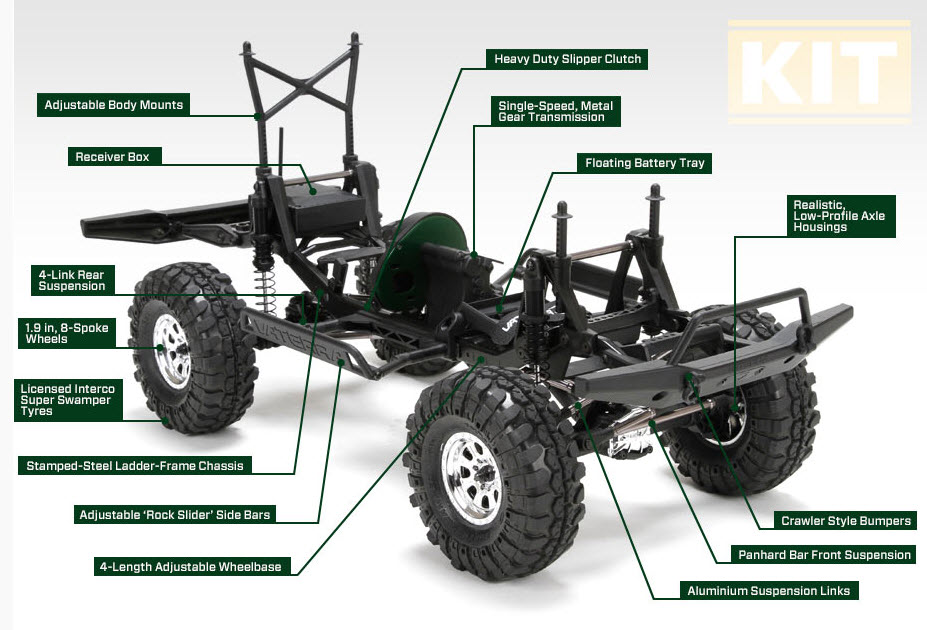 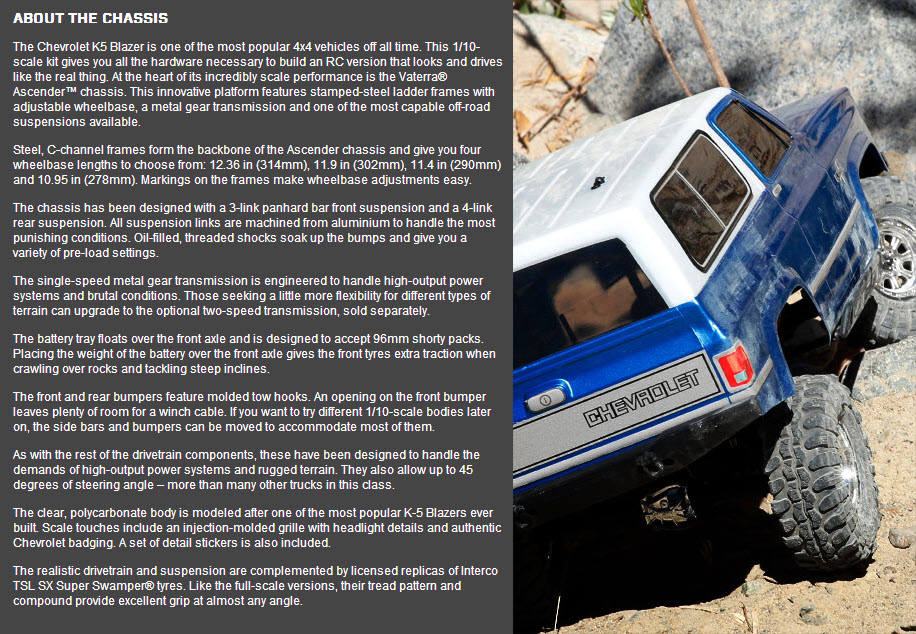