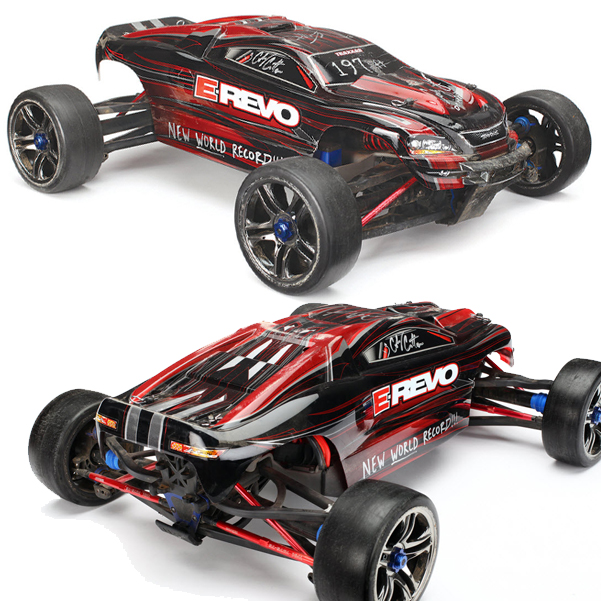 You’ll recall Traxxas and the Dude Perfect guys set a sky-high 197-foot jump record back in December, clearing a Traxxas semi in the process.  Now we get a closer look at the E-Revo that made the leap! It’s surprisingly stock, with a few select mods “for high speeds, stability and control.” Traxxas equipped the truck with a 29-T pinion gear and 36-T spur gear from the XO-1 and the E-Revo’s optional #5632 rear chassis brace. The wing and wing mount were removed to reduce rear downforce, and Velcro was used hold the body tight against the battery doors in flight. See full specs below! 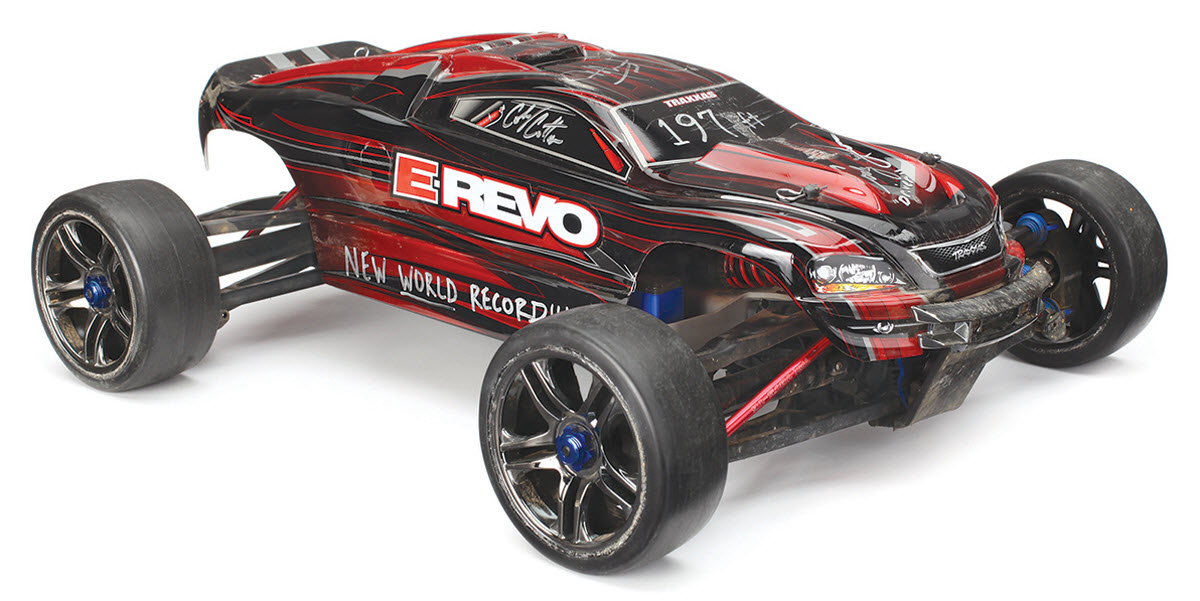 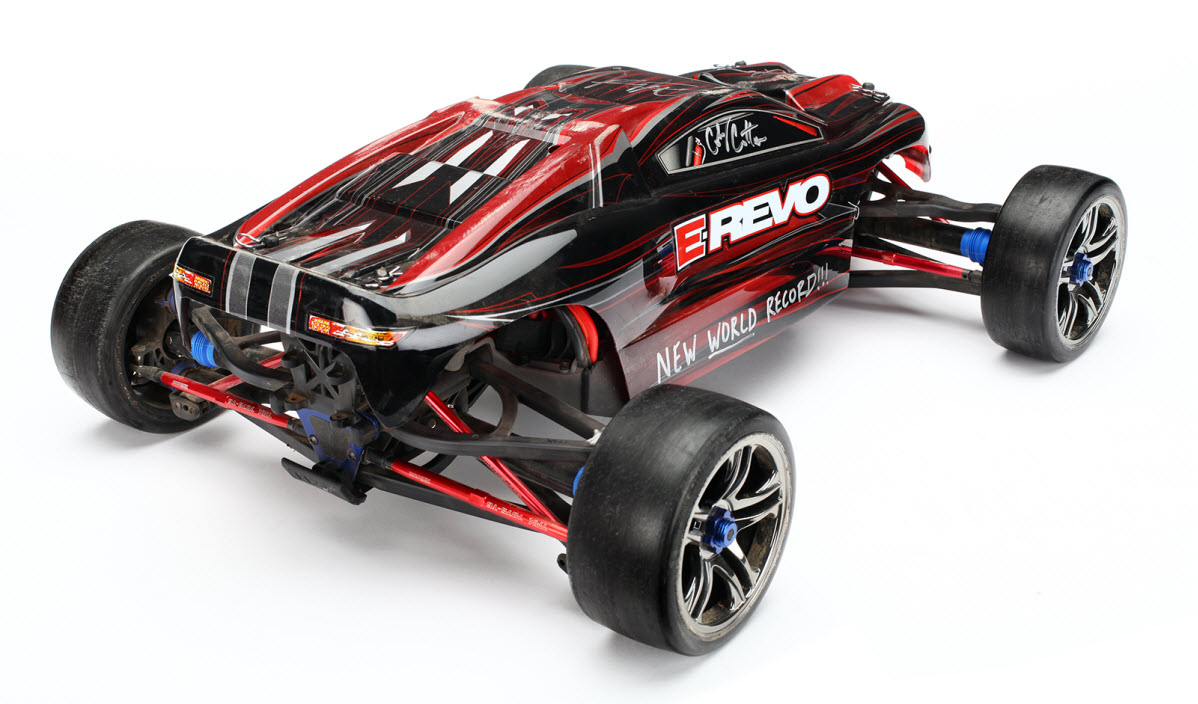 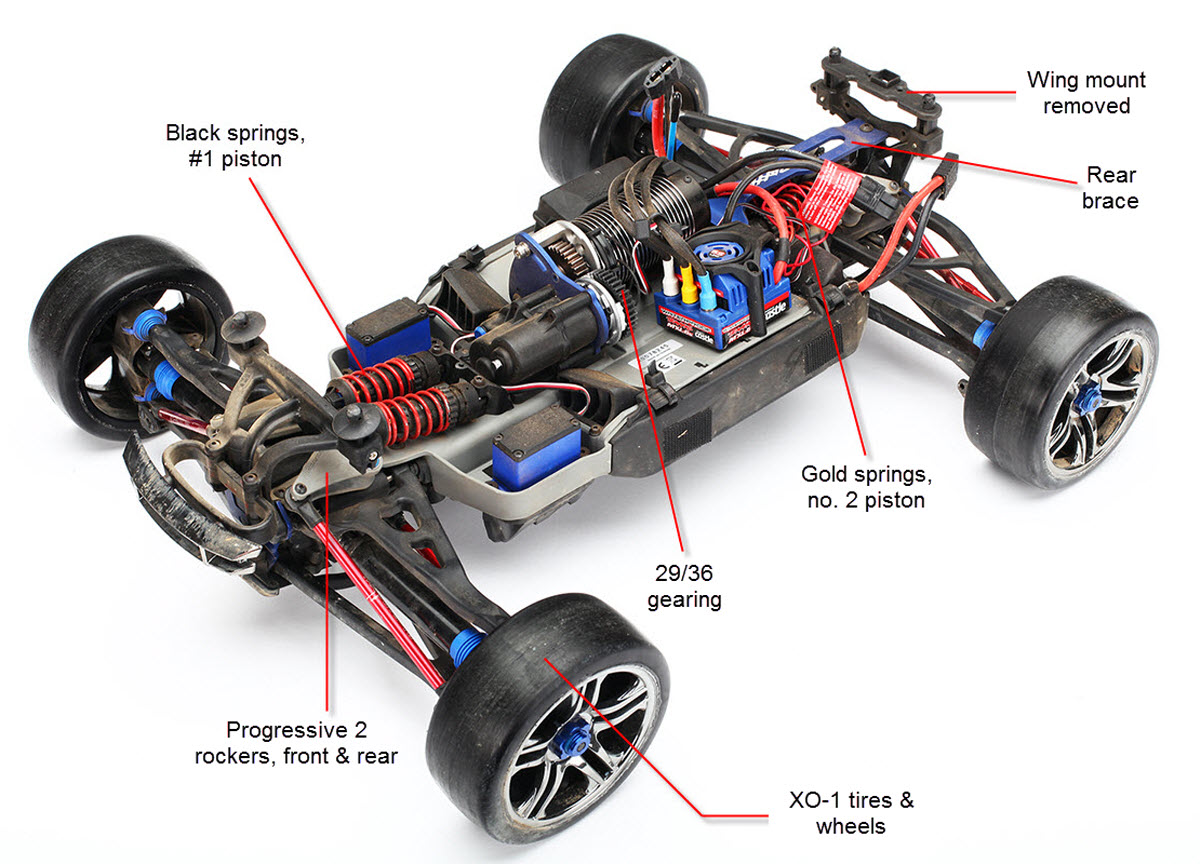 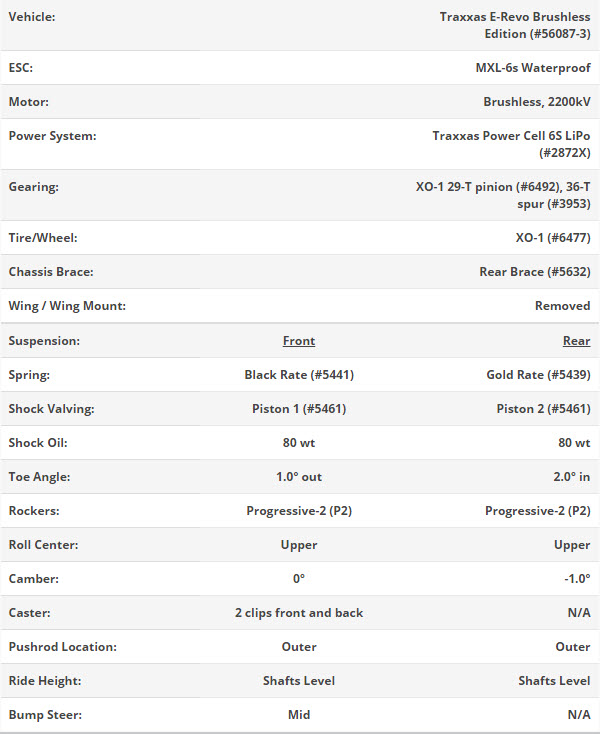 Traxxas is offering this image of the jump as a 36″ poster for a limited time when you spend $25 or more at Traxxas.com–just remember to enter the coupon code “worldrecord.”

It looks like Traxxas could have squeezed two trucks in there, so I Photoshopped another truck into the shot and used the perspective of the roof lines to keep the trucks in correct scale. Yep, two would have worked!