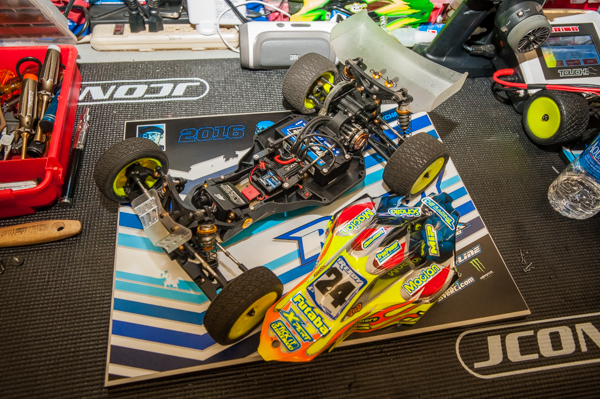 Travis Amezcua is at the event driving the new Team Durango DEX210 V3 2WD buggy. The buggy is looking fast on the high bite clay and giving Travis a weapon to mix it up with the best in the world. Let’s take a closer look.

Travis Amezcua is running the new DEX210 V3 with a few tricks to tune it for the conditions. Like other drivers, Travis opted to run the buggy with a front wing along with a fairly standard size rear wing. 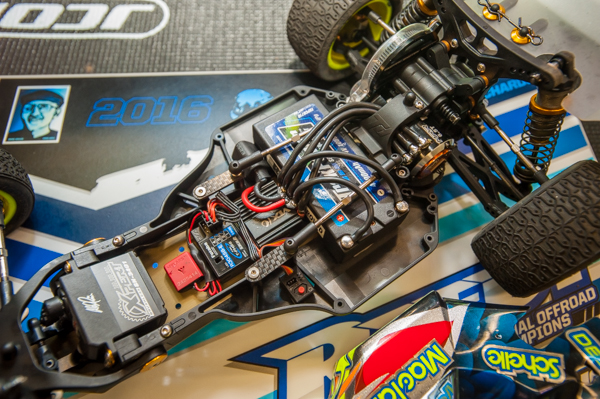 One major modification Travis is doing to the buggy, is converting it so that he can run his shorty pack in the transverse configuration. This gives the buggy different weight bias and allows his electronics to be placed in line. Notice the use of turnbuckles to provide additional bracing and rigidity. The transmission is 3-gear and for power he uses a Maclan 6.5T brushless motor. 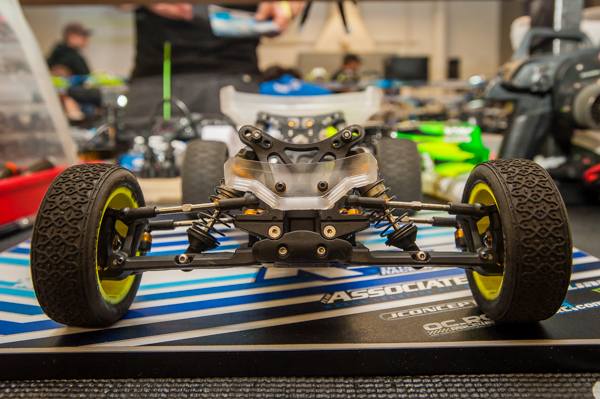 Detail of the front including the front wing with it mounted lower in front of the shock tower. 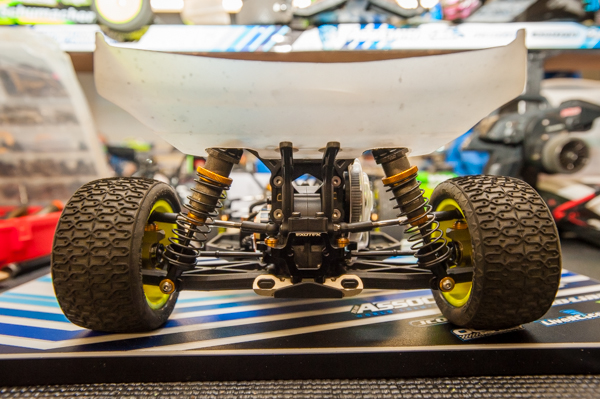 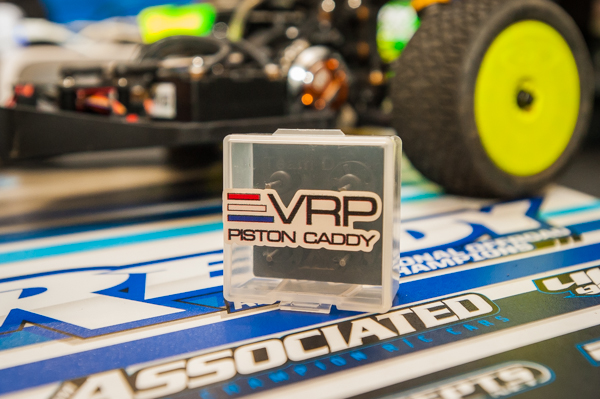 Travis uses VRP pistons in his shocks. These pistons are 2-hole when compressed, but release a type of valve on the rebound to become 4-hole. Not often you see something like this. Working with the pistons, the buggy is outfitted with Kyosho Pink springs on the front while the back incorporates Kyosho Gold springs. 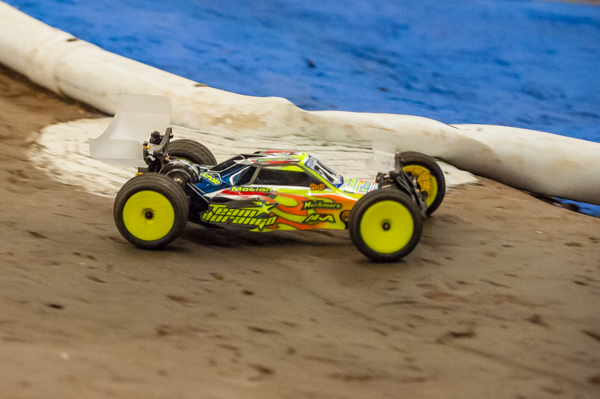