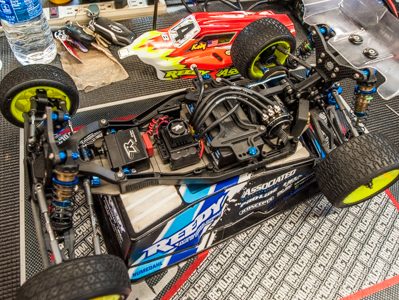 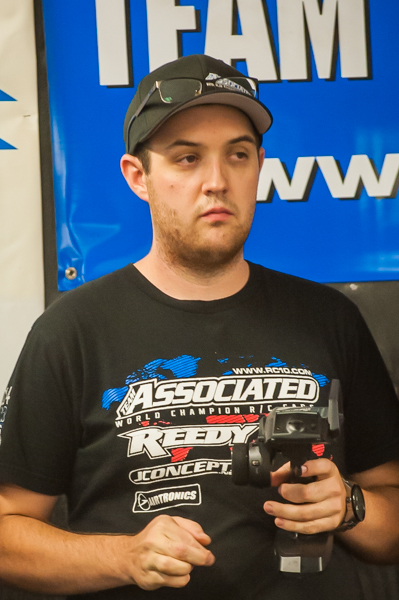 Kody usually races in the modified class, but took some time to race at the recent JConcepts Stock Nationals.

Team Associated recently surprised the racing community when they announced the new B6 and B6D buggies. Each buggy has a specific purpose with the B6 designated for high-grip applications like Astro-turf, while the B6D is intended for less grip, like dirt or clay. However, there are times when conditions warrant the blending of the two and with the JConcepts Stock Nationals held at OCRC Raceway, considered to have a grip level somewhere between Astro-turf and dirt, a bit of improvisation was needed. In this case, it is basically a B6D with a laydown transmission. Fortunately, I got a chance to peak at Team Associated’s Design Engineer and Factory Driver Kody Numedahl’s buggy to see what he used at the event. Check it out. 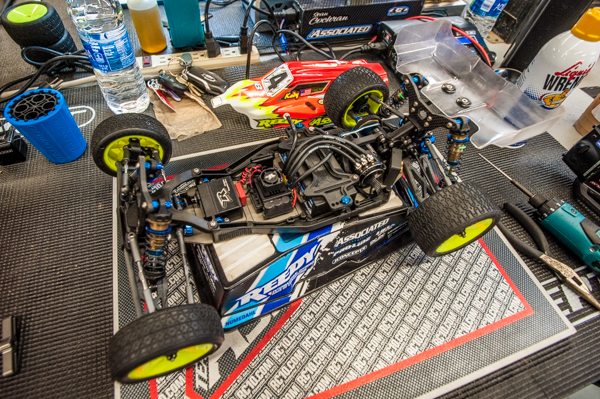 Kody usually races mod, but set his buggy up for stock to race in the JConcepts Stock Nationals held at OCRC Raceway. 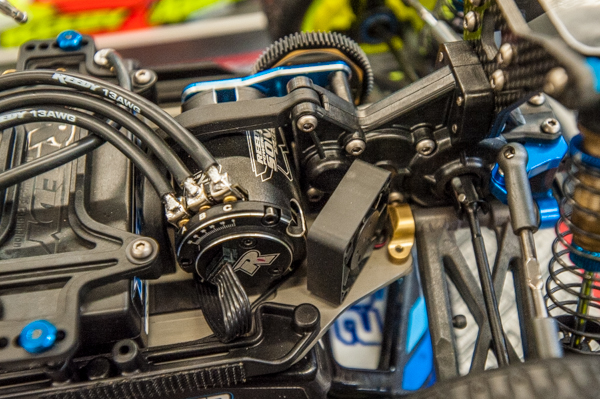 One of the main choices was the use of the laydown transmission. Kody was quick to point out that in stock racing, there isn’t as much need for rear traction since the buggy doesn’t have as much power and won’t see the same forces in the corners as mod. Next to the case is a 30mm WTF fan to keep the Reedy 17.5t motor running cool and efficient. You can also see the use of a brass C block to provide additional weight toward the rear. 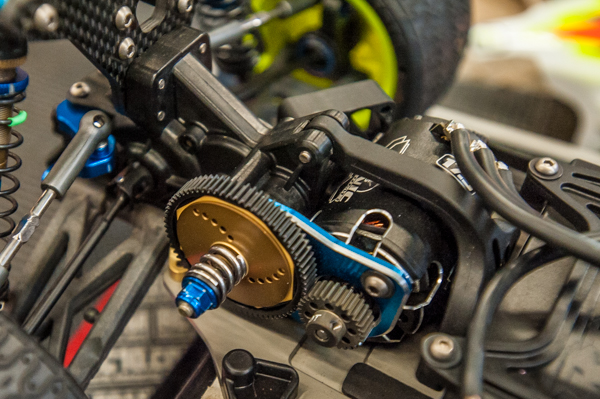 Because stock motors don’t have as much power, the slipper is almost completely tightened down to provide more punch. A ball diff is also used and all the rest of the internals of the transmission are left box stock. For gearing he used a 72-tooth spur gear and a 30-tooth pinion. 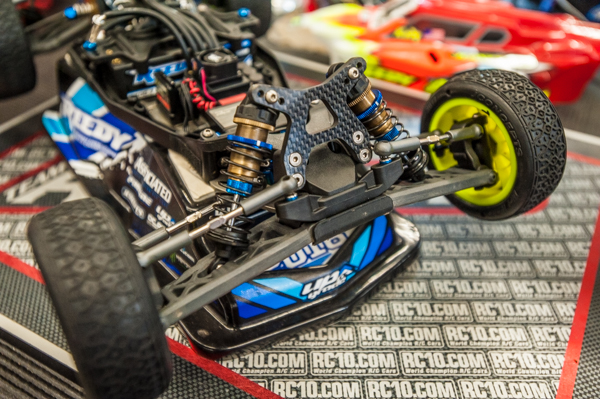 Kody prefers using the flat arms and corresponding tower on dirt and feels they have more steering initially and have slightly less when exiting corners- a combo he looks for when running in these kinds of conditions. He feels they also make the buggy jump better and don’t scrape when going up the face of the jumps. For shock settings he uses 2-hole 1.6mm pistons with 32w oil and white springs at the front and 2-hole 1.7mm and 30w oil at the rear with green springs. Ride height is set at 22mm on both ends. 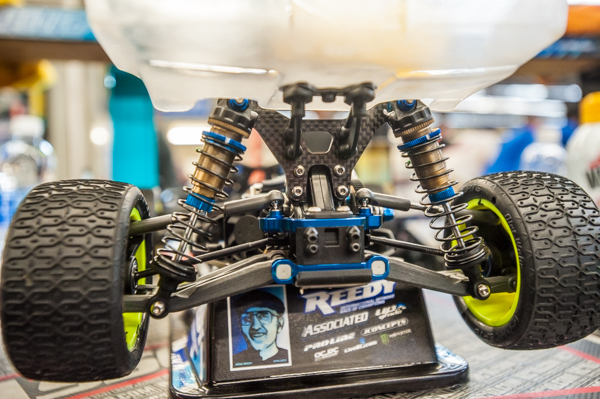 Detail of the back of the buggy. 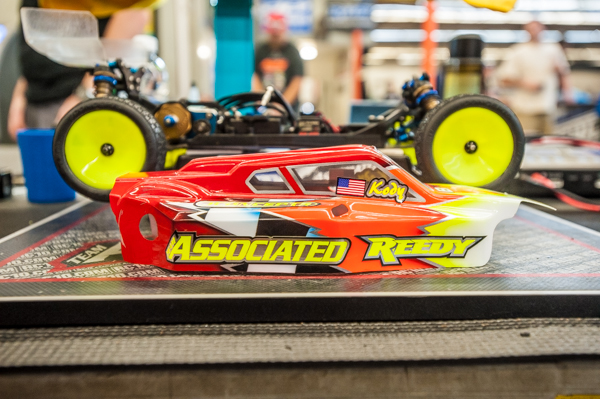 The B6 platform uses a new body with cab-forward styling. 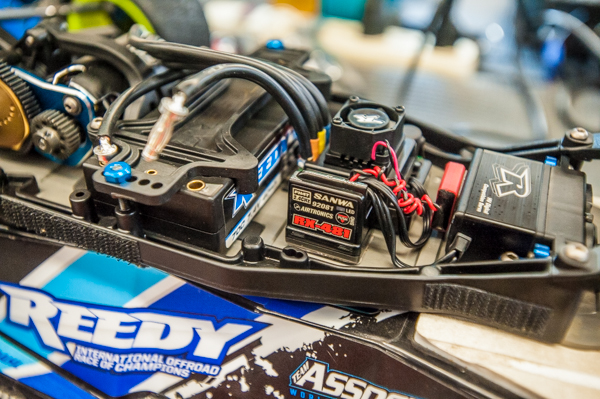