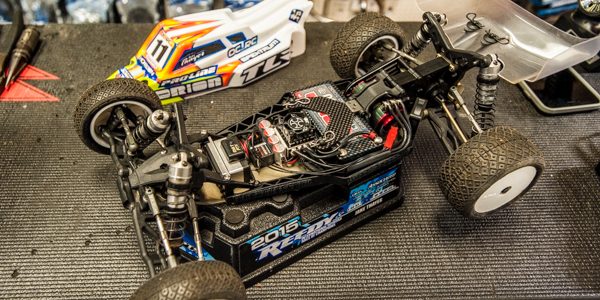 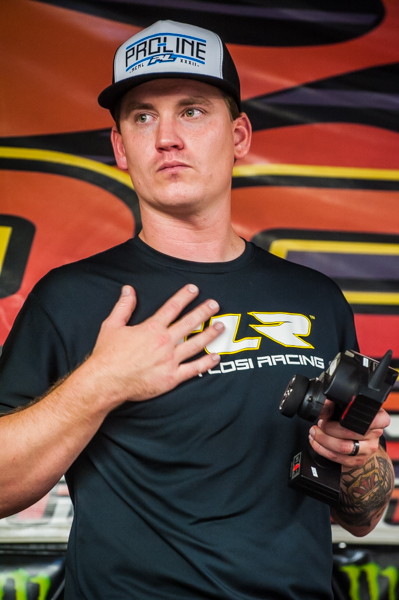 TLR’s Jake Thayer is another driver who usually runs modified, but was at the JConcepts Stock Nationals and configured his TLR 22 3.0 with a laydown transmission. Check out the details that go in to his buggy and the thoughts behind his chosen set-up when running a 17.5t motor. He feels that although set-ups are still being developed, the corner speed, especially when running stock is too advantageous to discredit. He had been testing for a couple of months before the event and when he first tried it, it was “night and day” faster through the corner. It was also easier to drive fast and push through the corner. He was also quick to point out that as set-ups develop, most likely it will be the way to go, even in modified. 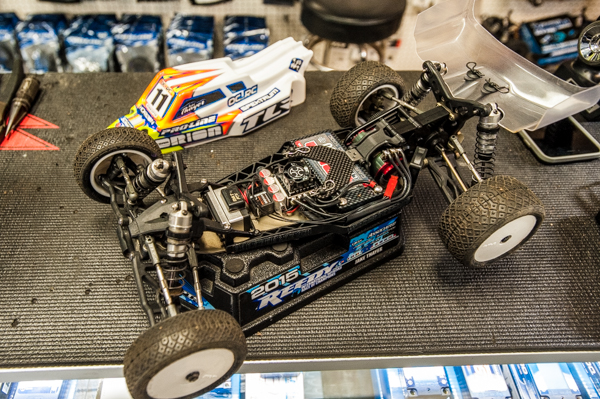 Jake has been running his TLR 22 3.0 with laydown conversion with favorable results. 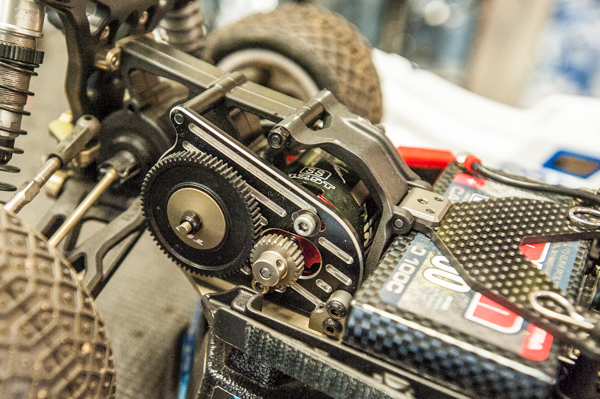 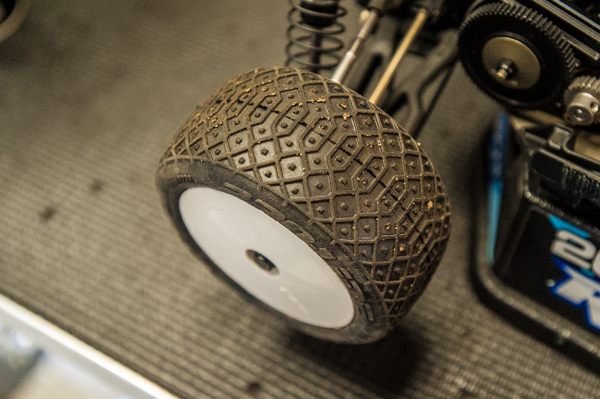 Jake runs Pro-Line Electrons all around. 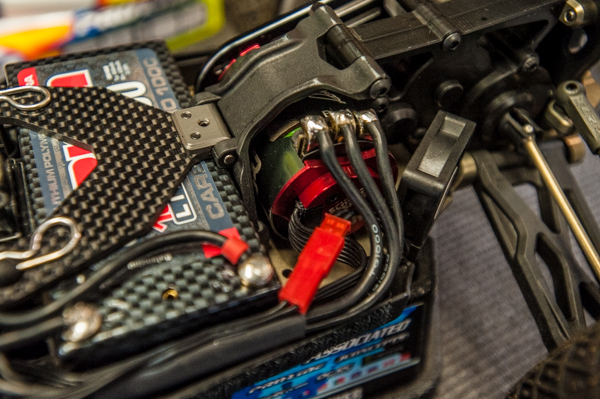 The buggy is equipped with SchuurSpeed Short Stack 17.5T motor and cooled with a WTF 30mm fan. He prefers to run a short stack since it has a wider power band than other types of stock motors and has a higher rpm. 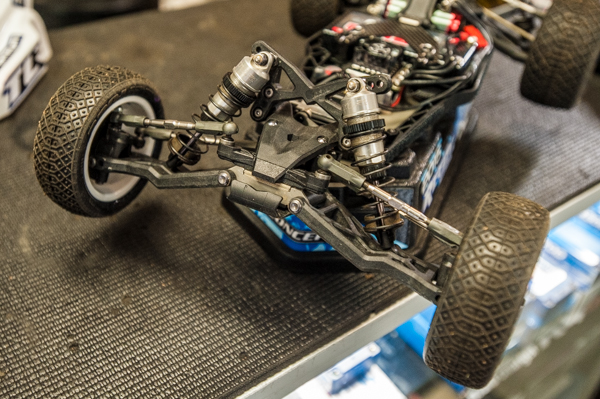 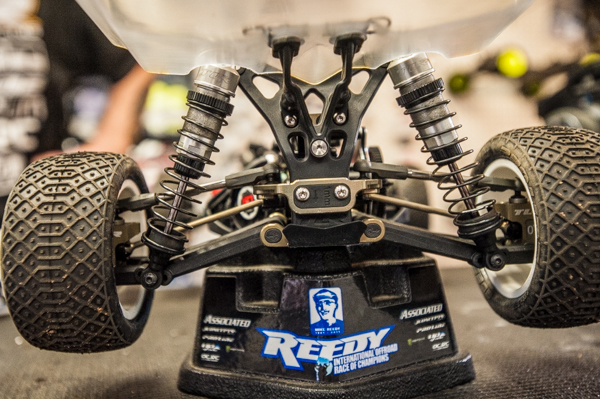 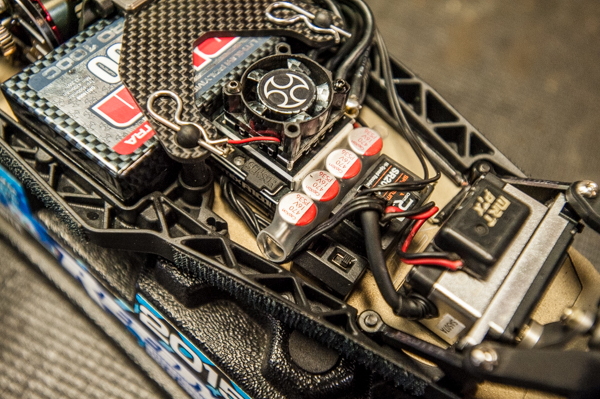 He uses a big capacitor by HobbyWing to help with punch in stock and it pairs nicely with his Orion speed control. The capacitor also helps with braking since short stack motors tend to have lass natural braking characteristics. 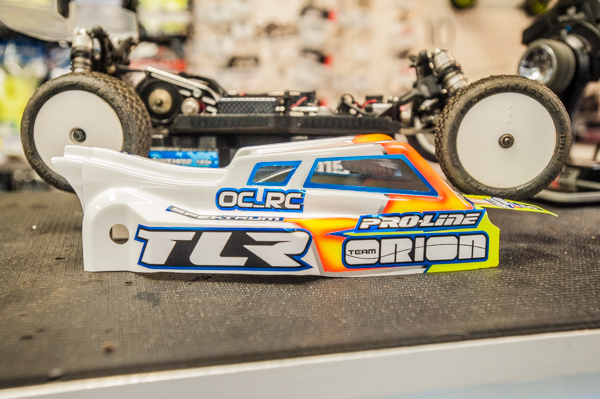 The body is stock and painted with Jake’s signature livery. 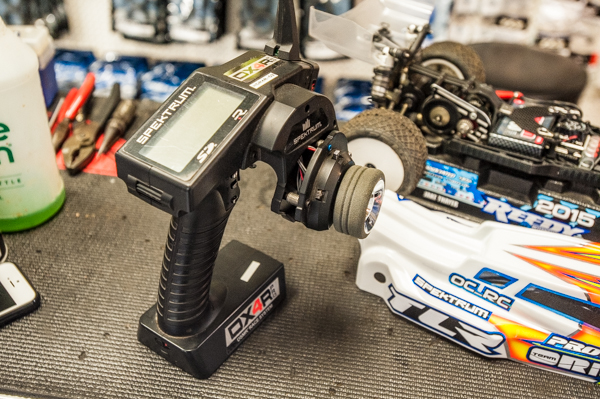 His Spektrum DX4R doesn’t have the option to angle out, but by adding some shims he can achieve the right ergonomics to suit his personal taste.