If you’re looking to up your scale build’s detail game, you’ll definitely want to look into a detailed engine upgrade to stuff under your RC’s hood. JE Designs of Anchorage, Alaska, builds 3D-printed engines and other accessories that are mindblowingly realistic. Perfect to use as displays or to augment your RC car or truck, the company’s wares are as detailed as it gets.

JE Designs’ owner, Jon Enriquez, who founded the company in 2018, tells us that he had quit his job at a drivetrain shop in town and bought a 3D printer in order to embark on a new passion of his, that of creating 3D-printed scale products. “I thought that I’d make all kinds of cool stuff for the RC community,” Enriquez says, “but I hit a bump in the road when I discovered I didn’t have a way of designing the parts themselves.”

He continues: “So I researched CAD software and downloaded Autodesk Fusion 360; its free trial gave me 30 days to decide if I could make this work or not. I followed YouTube channels, Google searched information and watched Facebook posts and pages and started to get a feel for how the program works. I’m now pretty good at it. I still learn new things every day and keep moving forward with new projects.”

Enriquez explains that the idea to make scale motors came from a friend of his who had an Axial Capra. His friend asked if Enriquez could somehow fit an engine in the back of the Capra to make the rig look more realistic. He accepted the assignment and within a couple of months he had designed his first Toyota 22RE motor. Since then, he’s added an LSX454 motor to his portfolio and finished a complete redesign of the Toyota motor.

We asked him about the process of producing a 3D-printed engine. “It takes about three months to develop a motor,” Enriquez tells us. “It all starts with hundreds of photos I find on Google searches. Then I start on the engine block and work my way out from there. It’s a long and tedious process, but it really pays off when I can finally start fitting the engine into a chassis.”

Enriquez currently has motors fitted for Axial’s Capra, the Bomber, the SCX10.3 and the SMT10. He also has a motor that fits the RC4WD TF2 Mojave chassis. For those looking for display engines, he also makes motors in 1/10 and 1/8 scales that come on motor stands. These are perfect for scale garages or just something interesting for the display case.

JE Designs’ catalog of motors includes the LSX454, LS9 Supercharged, LSA Supercharged, Toyota 22RE Turbo, Hellcat, and a blown big-block Chevy. Each of these engines is available in 1/10 and 1/8 scales as display motors on stands and as 1/10-scale motors that fit the aforementioned Axial and RC4WD chassis.

We’re just amazed by the engine details, complete with metal hardware and rubber belts on the pulleys. Enriquez says that he has many more motor designs in the works. We’re excited to see which others he’ll be releasing in the near future. 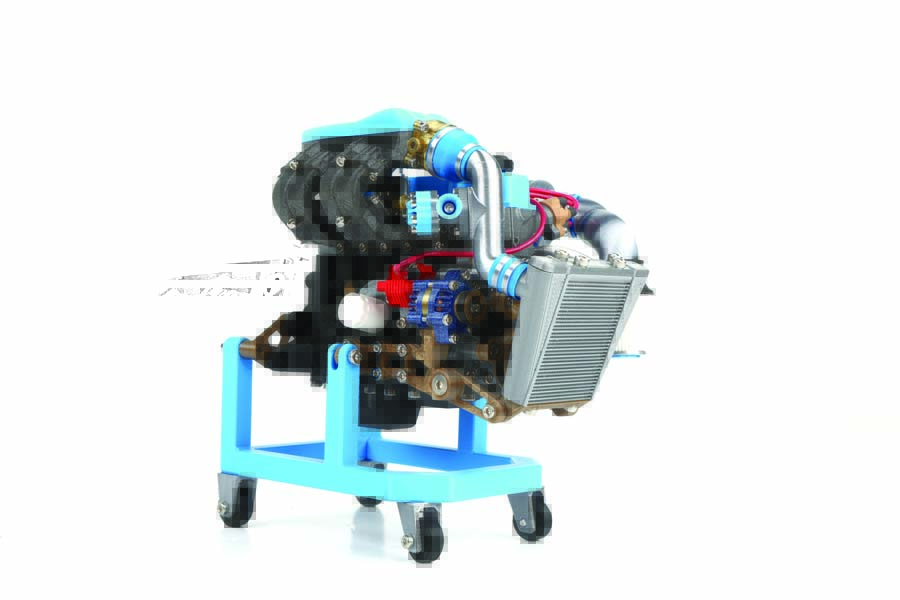 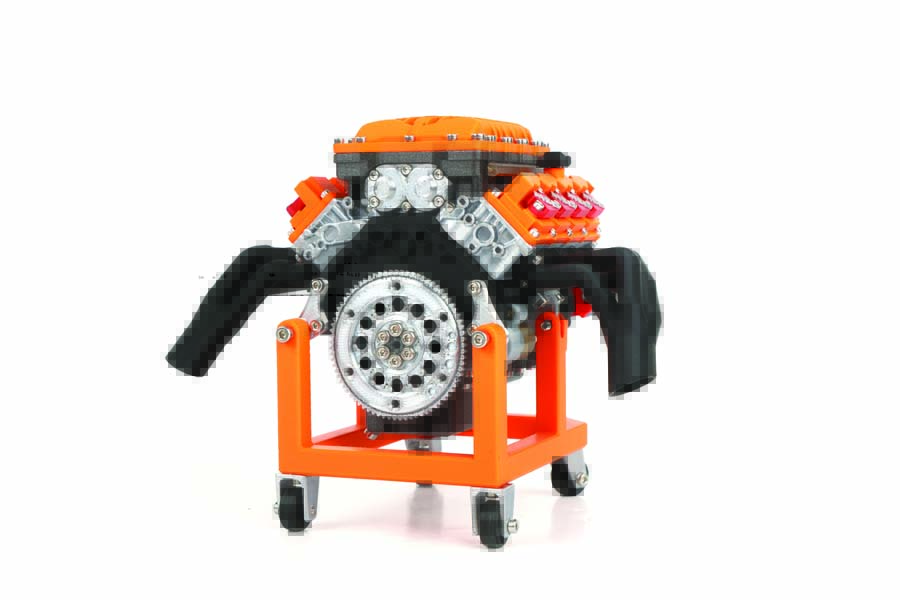