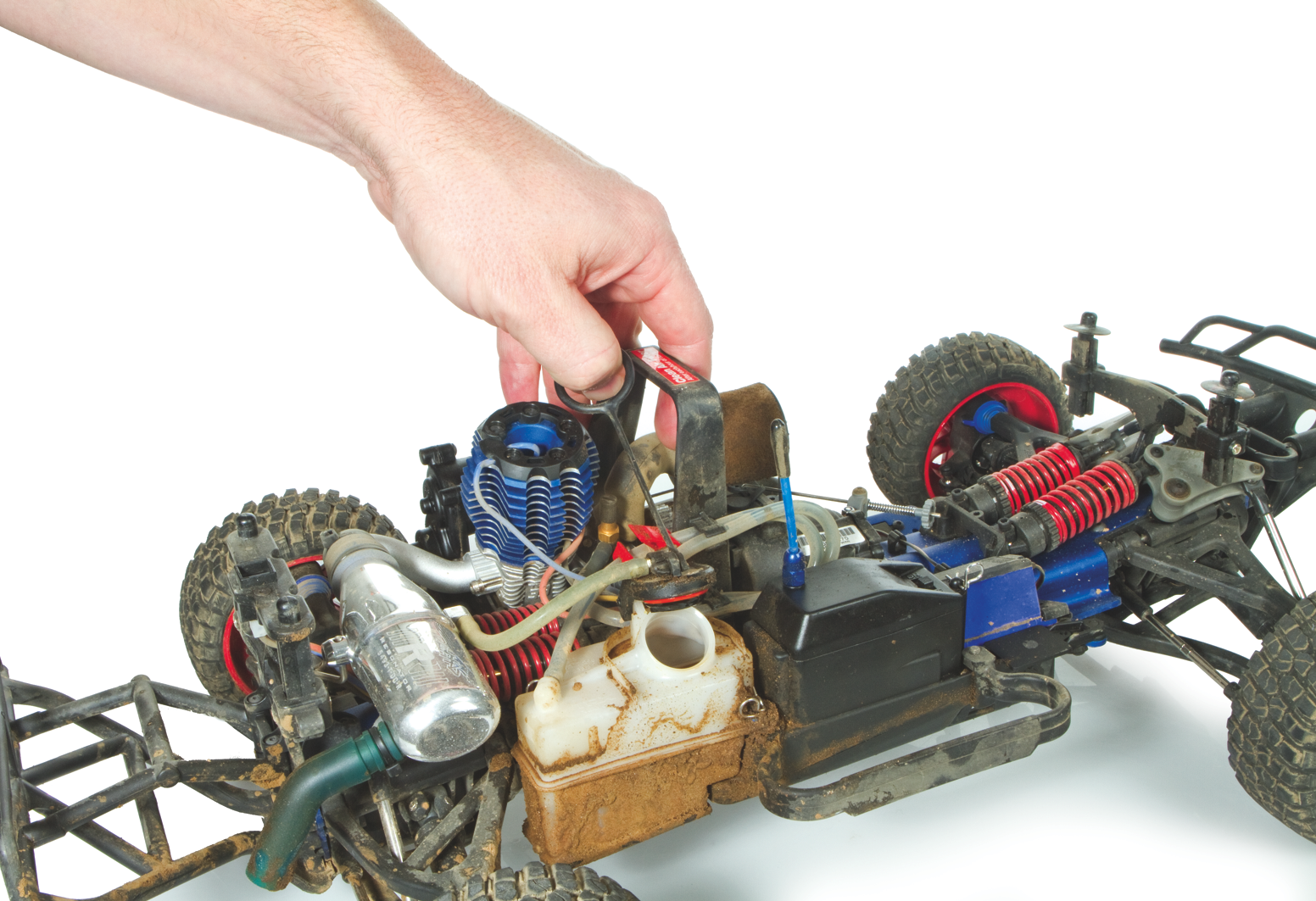 At 35,000 rpm, a two-stroke nitro engine sounds like a vicious little beast.  You know, the type of creature that might snap your finger off rather than cuddle in your lap.  Fortunately, looks (and sounds) aren’t everything; today’s nitro engine is nearly as user friendly as an electric motor.  Technology and quality control have taken nitro engines into the world of RTR friendliness, but if you run nitro often, you may encountter a stubborn engine that doesn’t want to run properly.  And that’s when you’ll think of this article-your troubleshooting life raft; your RC phone-a-friend; your cuddly nest in the nitro trust tree. Right. You get the point.  While there are million ways to diagnose a troublesome engine, this article describes the steps I follow to troubleshoot any cantankerous engine.  Nitro engines are surprisingly simple machines that act like a pump; to function properly, an engine needs the correct combination of air, fuel and spark to ignite the mixture.  When an engine doesn’t want to run, it’s almost always due to a breakdown in one of those three components. 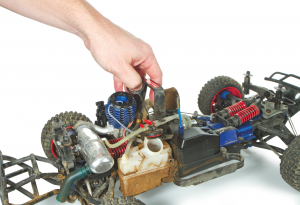 You can burn up your starter box and give yourself pull-start blisters all day long, but without fuel, your engine will just sit there as dad as fried chicken.  Confirm 1. your vehicle has a full fuel tank, and 2. that fuel is reaching the carburetor. If I had a dollar for every time I’ve seen someone (myself included) try to start an engine with no fuel in the tank..yes, it’s a mistake we all make. Check the fuel line, too. Is the fuel line accidentally connected from the tank to the exhaust pipe? Is fuel leaking from the lines? If so, install fresh fuel line.