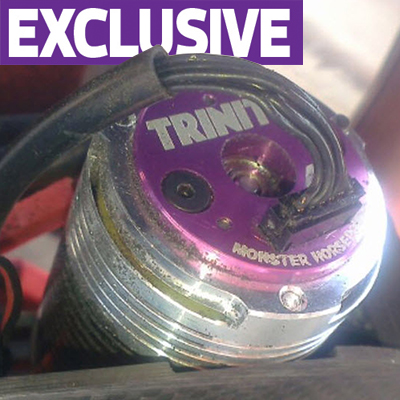 All we’ve got is a cell-phone pic, but this is our first look at Team Trinity‘s upcoming D4 motor. The pic was snapped at a race where Trinity’s  Jim Dieter was was testing the new motor. Trinity is playing it close to the vest and only confirmed the motor “appears to be something that we are working on,”  but offered no additional comment. According to the photographer, the D4-equipped car ran against a number of D3.5-powered cars and appeared noticeably faster on the way to TQ’ing and winning the event. 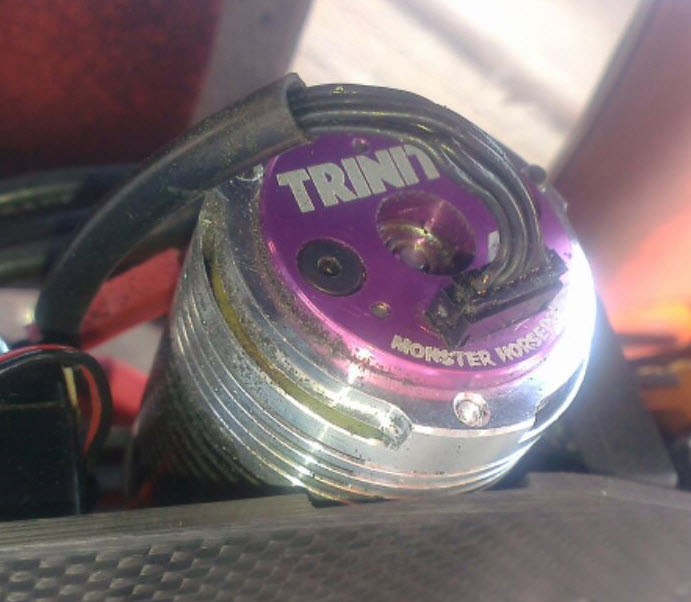 UPDATE: Trinity is selling the prototype D4 in the photo as a collector’s item on Ebay, complete with Jim Dieter’s signature. It’s already up to $310, with four days left to go! 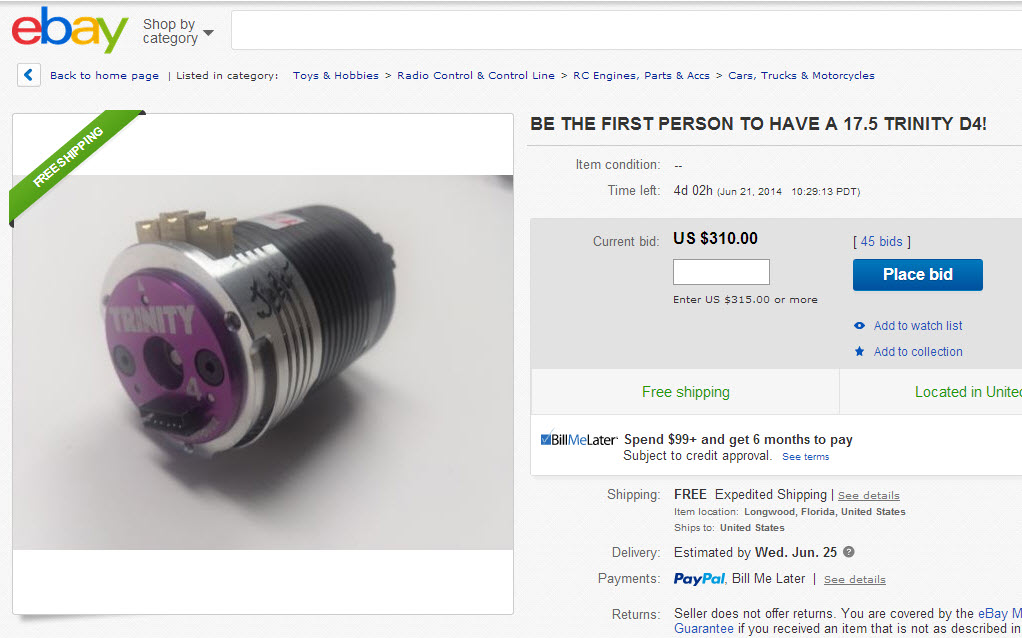