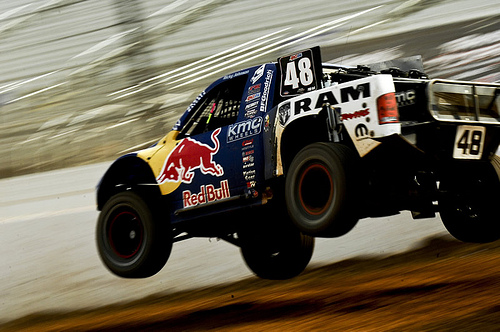 The Traxxas TORC has had a rough go of it in terms of nasty weather that has led to the cancellation of a few rounds, but the racing and points chase is totally hot. In the PRO 4WD class, Red Bull and Traxxas sponsored Ricky Johnson leads Johnny Greaves by only seven points and Scott Douglas follows Greaves by a small three point margin. It’s worth noting that Johnson is the 2010 champion.

The Amsoil PRO 2WD class is currently being dominated by Rob MacCrachren who is enjoying a healthy double-digit lead over Bryce Menzies.

In the Traxxas Pro Light class, Traxxas sponsored Andrew Caddell is tied with Cassie Currie. These two young guns have had some amazing battles and there’s no doubt they will fight right down to the end.