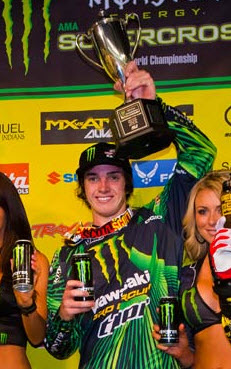 The Rogers Centre hosted Round 12 of the 2011 AMA Supercross series, and the slippery, sandy track tested the mettle of the riders as they battled in some of the series’ most intense races to date. In 250 East competition, Traxxas-sponsored riders Dean Wilson and Blake Baggett dominated their heat and Wilson went on to his second win of the season. Here’s how it went down in Toronto…

Dean Wilson and Blake Baggett both raced in the first heat, and as the gate dropped the pair blasted out to the front of the field with Wilson taking the holeshot and Baggett lining up on his fender. Despite pressure from Malcolm Stewart in third position, Wilson and Blake went 1-2 all the way to the checkers. In addition to a prime spot on the gate for the Main, the race marked the second heat win of the season for Dean Wilson.

Traxxas-sponsored Blake Baggett drag-raced Blake Wharton to the first turn, but staying on the gas to beat Wharton wound up costing Baggett the lead as he overcooked the first turn and put his bike into the Tuff Blocks. Teammate Dean Wilson fared better, charging into turn one in the lead group of riders as Baggett recovered in 14th position. At the front, Justin Barcia trailed race leader and teammate Blake Wharton, until third-place rider Ryan Sipes poured on the power out of the whoops to outrun both riders for the lead. But as quickly as Sipes took the top spot, Wharton stuffed him off the track. The move allowed Barcia to take over the lead, with Wharton and James Stewart behind and Dean Wilson in fourth. On lap three, Stewart endured a bone-shaking crash as he cased a triple jump, and allowed Wilson to move up two spots into second behind rival Barcia. On lap nine, Wilson made his move with a straight-up power pass in the whoops to outpace Barcia for the lead. With clear track ahead, Wilson opened up his KX250F and stretched a big gap on Barcia. There was no challenge as Wilson whipped over the finish line with a lead of more than three seconds. Teammate Blake Baggett recovered from his tough break at the start and preserved valuable series points by finishing eighth. After the race, Wilson explained the other riders weren’t his only challenge in Toronto. “The track was really tricky tonight,” said Wilson. “I didn’t get the greatest of starts but I kept pushing forward. It was all I could do. (This win) means a lot to me. We still have three races to go and I’m still far back in the points, but I’ll try my (best).”

Traxxas congratulates Dean Wilson on his second Supercross career win, Blake Baggett on his never-give-up performance in the Main, and the entire Pro Circuit/Kawasaki team on yet another W in the Pro Circuit history book. 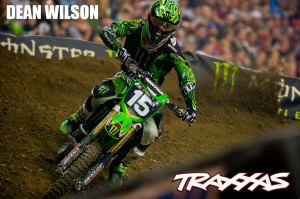 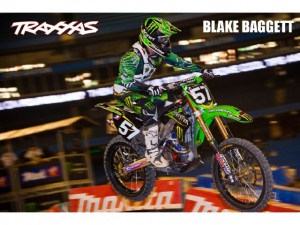 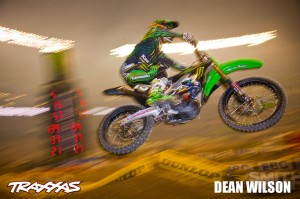