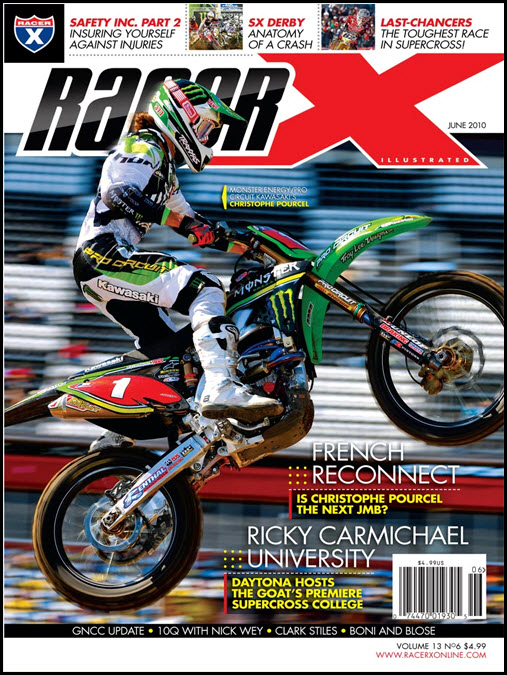 Traxxas-sponsored rider Christophe Pourcel is the cover star of Racer X magazine’s latest issue (enclosed), with a prominent Traxxas logo on his helmet! This is the second time this year that Pourcel has flown the Traxxas logo on the cover of the number-one motocross mag.

Pourcel has won the 250 East Supercross Championship title for a second consecutive year, and Traxxas is proud to have played a part as a sponsor of the Monster Energy/Pro Circuit/Kawasaki Lites team. The team also includes Dean Wilson and Tyla Rattray in the 250 East series, and Jake Weimer and Josh Hansen in the 250 West series. Jake Weimer is currently leading the 250 West series, which has two more races to go.

Traxxas has displayed models and met thousands of fans at Supercross races nationwide, with excellent response from the moto-minded crowds. All the fans are directed to their local hobby store to take the next step into radio control, and encouraged to use the dealer locator at Traxxas.com if they aren’t sure where to find a hobby store in their town.