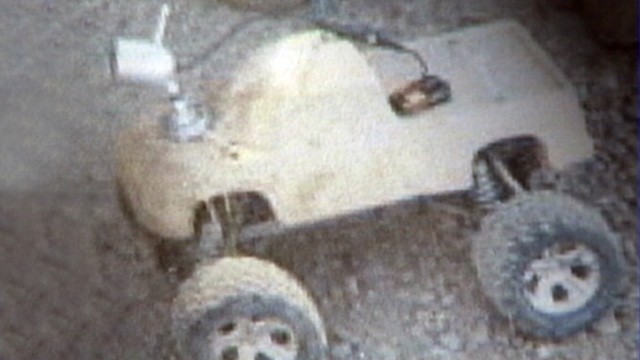 Check out this video from ABC News that tells of how a Traxxas Stampede Stampede was used to save soldiers lives in Afghanistan. The truck was loaned from one soldier, Staff Sgt. Christopher Fessenden, to another group who used it to scout out areas. The truck found a trip wire hooked up to a bomb and was destroyed. While the truck may not have survived, six soldiers were saved. Fessenden received the truck from his brother who had purchased and outfitted the truck with a remote camera. The goal was to keep his brother safe as the truck aided in the search for roadside bombs. The concept clearly worked and is not the first time we’ve heard of hobby-grade radio controlled vehicles being used in combat situations.